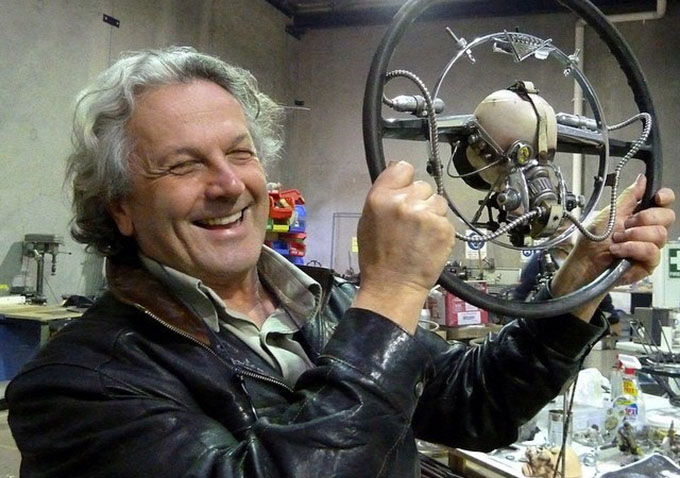 George Miller has earned some of the best reviews of the year for his exhilarating action sequel “Mad Max: Fury Road,” but the film is just one in a long line of narrative and technological gambles from the visionary Australian filmmaker. Last night, Miller joined Robert Rodriguez on El Rey’s “The Director’s Chair” to reflect back on his three decades in the business and some of his most influential features, from “Mad Max” to the Oscar-winning “Happy Feet.” Check out some of the highlights from the discussion below.

“I grew up in a remote, rural town in the outback of Australia. There was no television then, and there was a Saturday matinee and there were comics. I had brothers and we would play out what we saw in the movies and read in the comics. It was an invisible apprenticeship to making movies,” Miller said of his early infatuation with the medium. “I’d read all the magazines like ‘American Cinematographer’ and scrutinize them and learn about all these things, like how they did a car rig.”

“Anything that Hitchcock said became a little dictum. But I learned where I think we should all learn — in the cinema. I consumed everything. In the ‘The French Connection’ the music was the sound of the vehicle and the tires on the road. The stagecoach scene in ‘Stagecoach’ — you’re just watching how they’re directed. The big influence on me was Buster Keaton. The silent era, they were able to do things you couldn’t see anywhere else. It wasn’t a recording device, it was actually creating a language.”

“One of my brothers came to me one day and said, ‘There’s a competition at the University. You’ve got one hour to make a one-minute film shot in the camera and silent. Whoever wins the competition goes to a film workshop.’ To avoid my studies, I said I had an idea, and it won. He ended up going to the film workshop, but I talked my way into the film workshop. We all got to shoot a little film but everyone ran out of time, so I stayed back and borrowed some editing equipment and cut the film, and that was the first moment where I had the experience of adding the dimension of time to pictures. That was the beginning of a journey into narrative.” 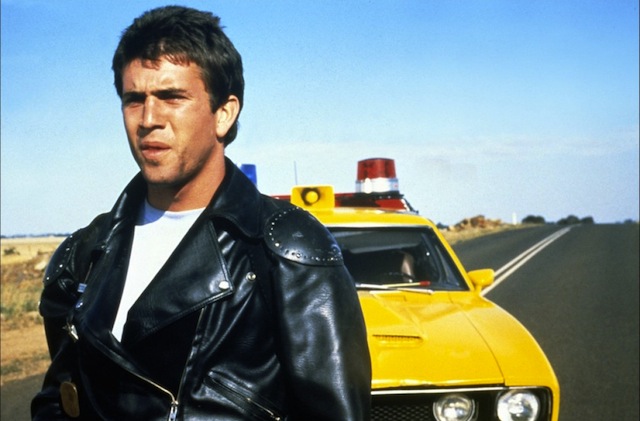 “Mad Max” owes its success to its silence and universal themes.

“I think what happened with ‘Mad Max’ is that I didn’t think I was slumming, doing an exploitation movie. One of my notions was that if I make the action sequences as a silent movie and it reads as a silent movie, than it can only get better with sound. I want you to see it and see if you know exactly what it is. I defintiely had the Hitchcock dictum in my head. He said, ‘I try to make movies where they don’t have to read the subtitles in Japan.’ As it turned out, the Japanese really took to it.”

“I don’t know why this film worked so well in Japan,” he continued. “In Japan they said it had shades of Kurosawa, who I had never even seen at the time. In France they called it a ‘western on wheels.’ These are common stories — common myths — and all I had done is unwittingly tap into classic hero myth stories. In that case we tapped into that larger thing.”

The big takeaway from “Mad Max” was that moviemaking is harder than you can imagine.

“It was so hard to make that I honestly thought I wasn’t cut out to make movies. It felt like what was in my head and what was so carefully prepared, things kept getting in the way. It was like walking a really big dog. I wanted to go this way but the dog kept going that way. But I was talking to Peter Weir and he said, ‘All movies are like that. You’ve got to go into a movie as if you’re going into the jungle with a platoon. You don’t know where the snipers are and you don’t know where the landmines are, and they’re going to come, but you’ve got to complete the job.’ You try to bring it all together into that camera and capture all the ingredients at that moment, but there’s certain flexibility that you have to have.” 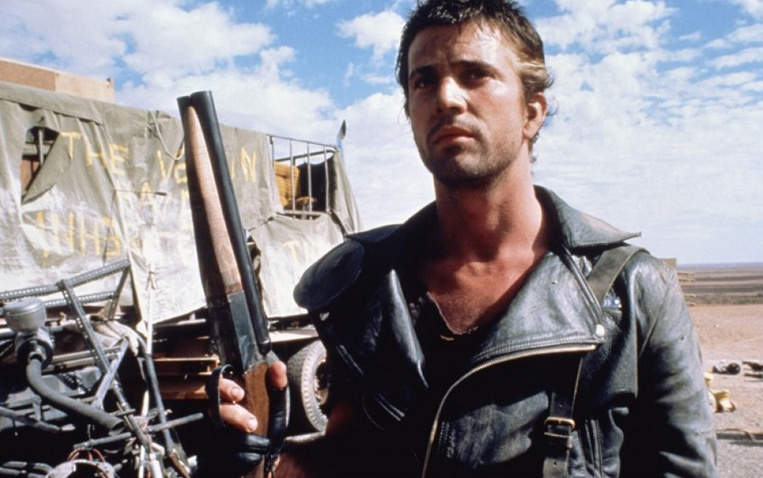 Miller perfected world building and his approach to stunts on “The Road Warrior.”

“You start out with a really basic backstory or rules that anyone can work to,” he said of creating worlds. “Anyone can do anything, provided that it was something that had an antecedent before the apocalypse. In other words, it’s found objects or surviving objects repurposed. And you have to have a strong aesthetic, even if you go to poor places in the world, it doesn’t mean that people lose their artistry. The people can put a lot of love into the city if they got the time, and if they fashion a weapon they’re going to try to make it as well as they can. It can be made from junk, but it’s got to be made well.”

‘The Witches of Eastwick’ proved the downside of the Hollywood studio system.

“The moment I read it it just came off the page, but the inherent infrastructure of that film and the way the studio was working was just chaotic. I probably shouldn’t say too much, but it was just chaotic. I went from a best case scenario to a worst case scenario because I wasn’t paying attention. My only other Hollywood experience was [on “The Twilight Zone”] with Steven Spielberg and Frank [Marshall] and Kathleen [Kennedy] and it was just really effortless filmmaking, it was just a great time. I thought, “Oh that was easy! It’ll be the same! It’s the same studio!’ Bad mistake. I’ve learned that the casting of your crew is as critical as casting your cast.”

“Happy Feet” wouldn’t exist without “The Lord of the Rings.”

“Andrew Lesnie, who shot the first two ‘Babe’ movies, went on to shoot ‘Lord of the Rings,’ and he came back from the first one and showed me the first motion capture of Gollum, and those two things set off a lightbulb. We could actually make penguins dance. Dancing is another form of action movie. The biggest thing I learned is you can take the same voice performance, the same animation performance, the same physical performance, the same location and just by changing the camera you can strongly influence the narrative. It was the one which proved to me that the camera tells the story in many ways. I remember Polanski said, ‘There’s only perfect place for the camera at any given moment.’ Doing ‘Happy Feet’ was an opportunity to test that out.” 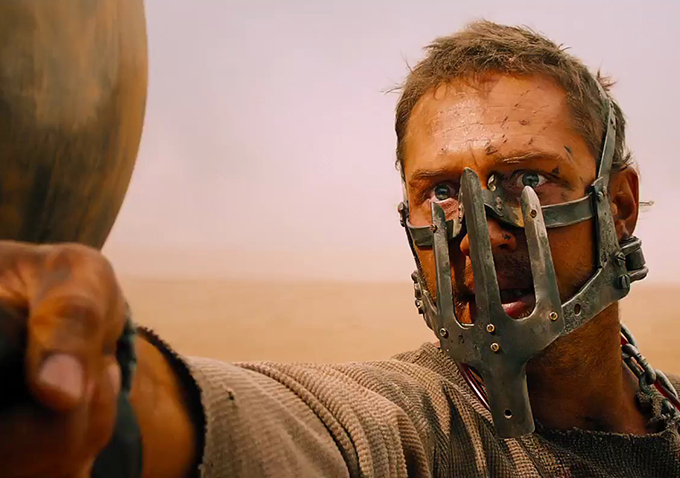 “It really started with the idea of doing an extended chase. I think that’s an almost pure form of film language. We learn to read films and now over a century later we are speed readers. There was also the idea that MacGuffin should be human cargo, basically saying everyone in this story is in one way or another a commodity — Max is a blood bag, the girls are breeders, the war boys are cannon fodder and everyone has an emblem on them. You didn’t have to get too much exposition, you knew everybody was just running away.”

“The film was conceived visually. It was like a silent movie with sound and music. You try to create a world that goes well beyond the edges of the screen. We had backstory not only on all of the characters, but every vehicle and weapon, even the guitar. There was always the music of war — the drummers, the bagpipes. As wacky as it all seems, it all has logic.”

Filmmaking is seductive, and that’s why Miller can’t get enough.

“The way I think of filmmaking — it’s such a seductive thing. It encompasses every human discipline you can imagine — composition, art, technology, music, movement and choreography. It encompasses all life. We are the servants of the zeitgeist and we live in a chaotic world. There is so much information coming at you, we are trying to find resonances out there to create some kind of meaning. Stories are a way of distilling something out of all that bombardment. They are a way of finding signal in the noise. That’s very seductive. Very.”