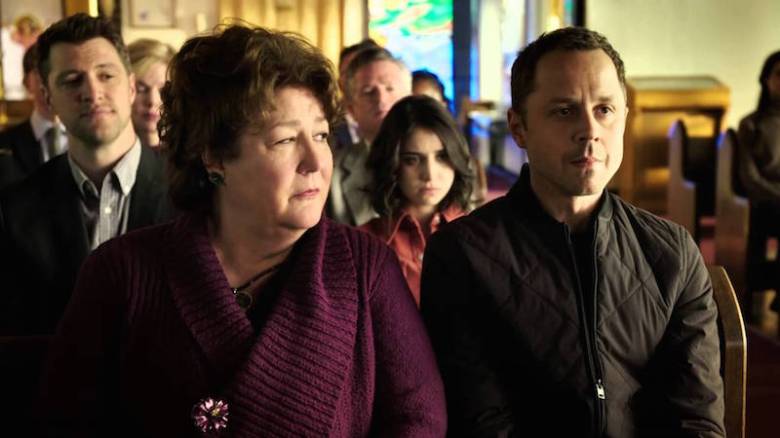 It’s that time of year again: time to vote for which Amazon pilots get picked up to series and which ones are never heard from again. Remember that with great power comes great responsibility. Your vote could decide whether some writer, director or star’s dream is realized or crushed. So take some time to think it over. Read our reviews below, from both TV Editor Liz Shannon Miller and TV Critic Ben Travers, and then watch the pilots yourselves right here.

While “Casanova” starts down an easily digestible path — our lead breaks out of prison, escapes to Paris and finds work in seducing the king’s mistress to help empower a “friend” — it eventually morphs into a dark portrayal of a sex addict, chronicling how desire can evolve into need and the dangers inherent in skirting that line. In and of itself, this would be a fine and fresh take on an age-old story, but I’m not entirely sure the show intends to introduce that argument, let alone whether or not it could sustain it.

To that end, there’s a scene about halfway through the pilot where Casanova makes a pass at a prostitute who’s already been spoken for that evening. She introduces him to a sleeping colleague who he wakes up, fondles and begins to have sex with all while we stare at her horrified expression. Then, when she says she won’t sleep with him unless he can pay the lofty fee demanded of a virgin in her profession, he tries to seduce her anyway, arguing she holds too much promise to be a prostitute in the first place.

It’s clear, in the moment, that Casanova only wants to have sex, and that might be a forgivable offense for someone who’s truly addicted to the act. But this concept is never fully carried through, and Casanova later comes up with a plan to use the woman for his own gain. While not his intention, she ends up the sex slave to “sadistic” royals and Casanova merely watches in agony as someone else roughly beds the woman he…was trying to protect? Wanting to sleep with? Using for his own gain? All of the above? However you take it, for a show based on a famous womanizer, its mentality needs to be more progressive than watching naked women suffer horrific fates while the leading man watches from his high horse.

READ MORE: Review: ‘Catastrophe’ Season 1 Is Far from A Disaster For Amazon (And Has Us Excited for Season 2)

Indiewire TV Editor Liz Shannon Miller:
The best thing to say about “Casanova” — beyond praising Diego Luna for making us believe in him as the World’s Greatest Lover while also making him feel human — is that it’s tackling a very interesting period of European history, and it’s not afraid to portray the cruelty of the time for what it is. (The ending easily packs the biggest punch.) But that doesn’t mean there’s much direction to the story here, or that I feel inclined to watch future episodes.

Director Jean-Pierre Jeunet is a favorite of mine. I even weirdly forgive “Alien: Resurrection” many of its flaws, largely because of how beautifully grotesque it is. But here there are only a few moments that exploit his talent for the gorgeously macabre and decaying, which is something you’d think would be second nature to this project. Otherwise, the effort is painfully pedestrian.

Here is my biggest problem with “Casanova”: If you go to Amazon Prime right now, there’s a much better version of the exact same story available. Produced by the BBC in 2005, a miniseries also known as “Casanova” covers the entirety of the famed rebel’s life, but with a cast that includes the adorably youthful Rose Byrne and Laura Fraser, plus Peter O’Toole and David Tennant as the old and young Giacomos. Not only that, but the script, written by “Queer as Folk” creator/”Doctor Who” reviver Russell T. Davies, is full of wit, charm and tragedy. Go watch that “Casanova.” That’s the one that will stick with you.

READ MORE: Should You Watch the ‘True Detective’ Season 2 Finale?

Indiewire TV Critic Ben Travers:
After this drama’s lengthy development journey, the key to its success on Amazon will be if it’s been custom-made for an audience eager for something new or wanting what’s most familiar. Amazon Studios has seen success on both ends, with “Transparent” earning awards for its progressive nature and “Bosch” becoming the site’s most-watched show. If “Sneaky Pete” — about a con man wanted by the mob who masquerades as his former cellmate in order to hide with that guy’s grandparents — leans heavily into its intriguing story to create a serialized tale of long and short cons, it could work.

Pete’s (Giovani Ribisi) skills as a “confidence man” who exchanges confidence for money are fun and just on the ride side of absurd to add originality to the proceedings. As a sort of bonus, the delicate nature of his life — he’s a good liar, but there are a lot of (wisely acknowledged) ways he could get caught — adds just enough tension to keep viewers empathetically invested. But if it goes the procedural route, there’s no way it will warrant the time of the talent involved. Pete’s con man skills could easily turn into overused magic tricks, and he’d have to be readily accepted by the family for an episodic structure to fit, thus throwing suspense out the window.

It’s hard to tell which way the show’s leaning after the pilot, in part because of an extended stretch in its second half — when he’s helping his bail bondsman “sister” track down a jumper — that really bogs things down. We’ve seen this show before a dozen times over. A man with a nearly superhuman talent is paired with a skeptical female partner to solve crimes, cases or puzzles (I’m sure this series was pitched as the next “Mentalist,” most likely when it was at CBS). “Sneaky Pete” needs to be more than that, if only for the sakes of Giovanni Ribisi — a talented and notable screen presence who could undoubtedly carry his own show — Margo Martindale and executive producer/story writer/special guest star Bryan Cranston.

Don’t get me wrong: “Sneaky Pete” could still be a hit for Amazon if it goes the procedural route. And the runaway success of “Bosch,” a good but largely superficial cop show, proves Amazon is capable of pulling in an older demographic than most streaming outlets (that free two-day shipping really does lure in subscribers). Creatively, though, it needs to focus on the long con more than the short ones.

Indiewire TV Editor Liz Shannon Miller:
If you say that you don’t like con man stories, you’re a liar and/or you haven’t rewatched “Ocean’s 11” lately. There’s something delicious about that very specific genre, the thrill of watching someone very clever manipulate situations and people for their own gain. Even in a relatively low-stakes situation, it’s fun watching a hero (even maybe an antihero) pull one over on a mark. Combine that with a great cast (Character Actress Margo Martindale!) and the potential for an intriguing character drama is here.

Yet something left me a bit cold about “Sneaky Pete,” in part because of the complicated backstory Ben laid out up above: Why were the producers of this show so passionate about getting distribution for what was, all things considered, a show that doesn’t have huge emotional or dramatic importance? Perhaps they’re seeing greater depth than I am, or maybe they’re more convinced by Pete’s desire to discover the kind of family he’s never known before. I just don’t know if I’m sold on the need for there to be more episodes.

But Shore’s script is solid and the idea of Pete regularly using his con man skills to help the family put away people arguably worse than him is intriguing. Plus, yes, I can’t say no to more Bryan Cranston. Let’s see if there’s more there than meets the (initial) eye.