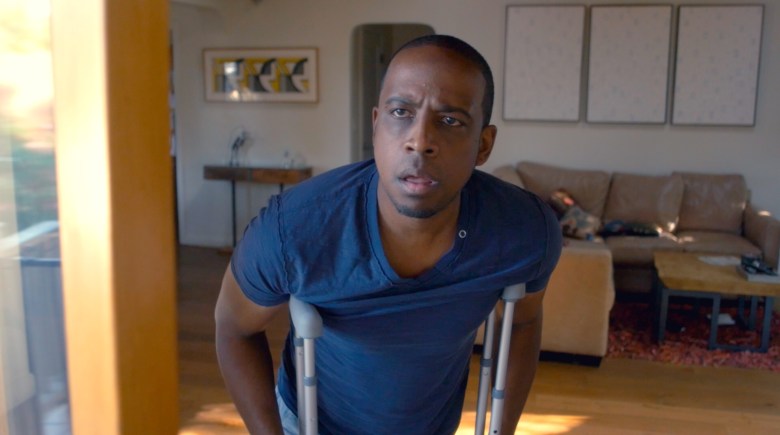 The idea of creating a web series horrified me.

Coming off of my time on “30 Rock,” a big budget network show, the stigma surrounding the term “web series” and the challenge of making one worthy of consumption seemed like a losing battle. The proliferation of web content, and the introduction of major companies investing in said content, meant that any effort I put in would be lost in a sea of other projects that were better funded with way better marketing teams. To make matters worse, my storytelling style tends to be slower than the attention span YouTube demands, and I worried that there just wouldn’t have been an audience for my type of humor. (That is no knock against YouTube shows – I’m in awe of, and am a fan of, many.)

READ MORE: 6 Things I Wish I Had Known Before Making a Web Series

Needless to say, if you had asked me a few years ago if I’d be willing to do a web series, I would have most certainly told you “no.”

But something happened in that subsequent time – the production values of shows on the web seemed to increase, while their budgets seemed to decrease. In addition, Vimeo became a major platform to present content for a more thoughtful audience. Suddenly, a web series seemed like a viable and affordable way for storytellers to tell their stories with complete creative freedom.

As I said, I like to tell slower, more personal stories. Stories outside of the typical “actor-surviving-in-LA” mold. Stories about my new marriage, about my friends, about the subtle witty nuances of daily life.

What resulted was “Keith Broke His Leg,” a series of humorous short stories about the odd people who visit me while I recuperate from an accident (Volume 1 available at www.GetBroken.com). I couldn’t imagine a better venue than the web to have fully realized this series at a very low cost.

It was important to me that “Keith Broke His Leg” look like any other high quality show on television; but I was faced with the very common problem of not having much money to make it into a reality. Because the project was so personal, it didn’t feel right to raise money through crowd-funding platforms. If I was going to do it, I was, for the most part, going to have to do it alone. And so, I set about the very difficult task of creating something technically proficient out of practically nothing.

Now, I’m sure a lot of talented web creators can tell you their specific way of achieving this feat, but for me, it all boiled down to a very simple thing:

I needed to give myself as much time as possible. 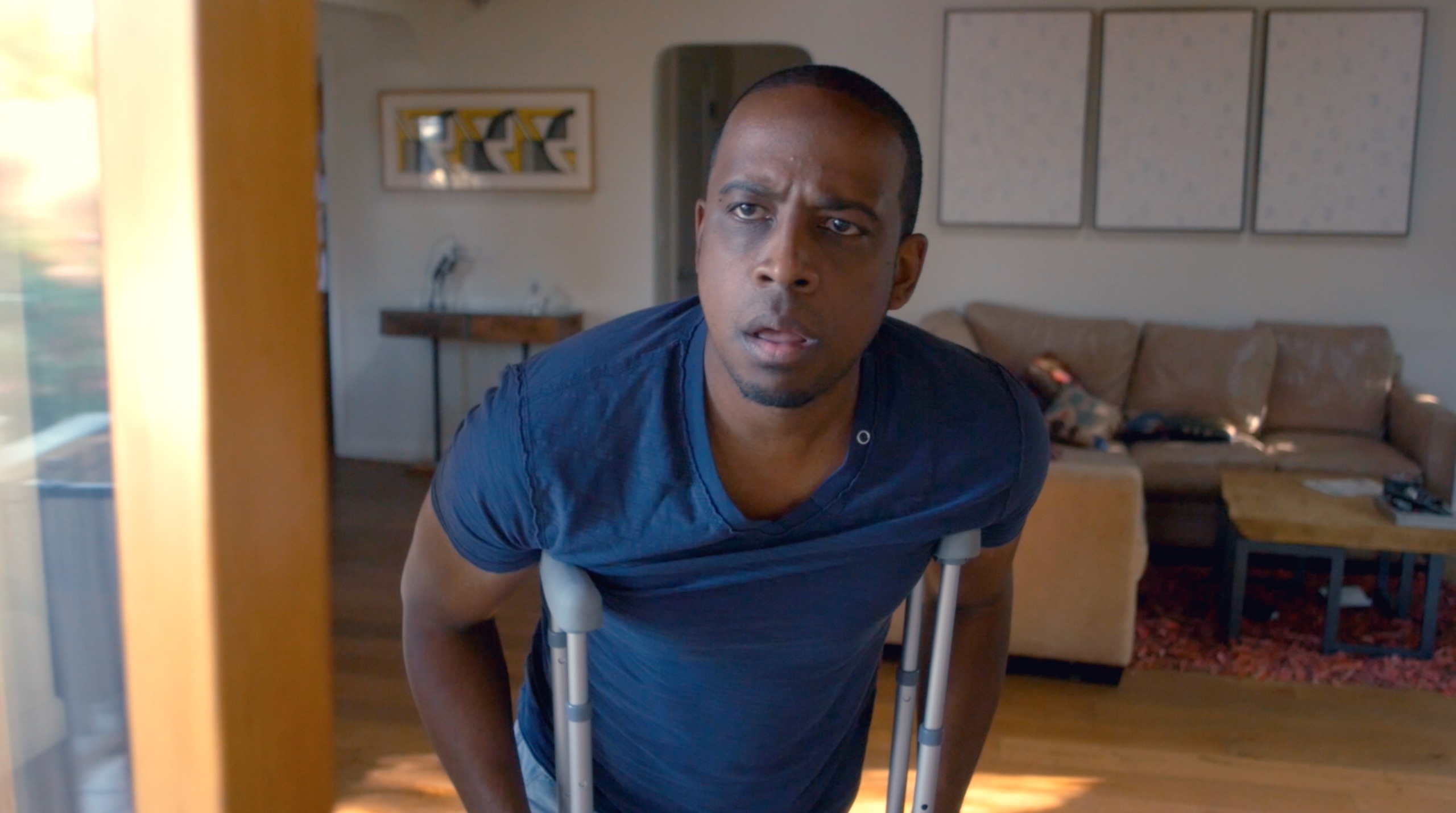 Time. It is the currency of the broke filmmaker.

In all fairness, I learned this particular lesson many years before. Over a decade and a half ago, I was the producing artistic director of a summer theater company in Delaware, whose first production miraculously starred Lynn Redgrave. During that summer, I fought tooth and nail to stretch every penny and give Lynn the production she so richly deserved. I will venture to say that I was, for the most part, successful; but it didn’t come without some battle wounds.

The thing I kept begging for again and again all throughout rehearsals was more time: more time to give other artists working on the show, more time to gain a larger audience, more time to organize production details.

Armed with that hard-won knowledge, I approached “Keith Broke His Leg” with the only thing I was able to give it in abundance.

Having enough time to get everything done was more than just a luxury. It was a necessity. It allowed me to focus on every element of the series with tremendous clarity. If I couldn’t afford to hire someone to help, I’d stop to learn enough of it myself to make do (Warning! This is a dangerous game. Always try to get help first! No matter how talented you think you are, you’re not talented enough to do everything. Please believe me, find good help, which is a talent in itself).

What’s more, I assessed my strengths and weaknesses, and decided to put my entire budget behind my weaknesses.

Pre-production was difficult but doable for me. Securing locations, planning out call sheets, filing SAG-AFTRA paperwork, and casting were all very tedious and time-consuming but none were too unfamiliar. I’m an absolute idiot when it comes to camera and sound, so I made sure to hire a good DP and sound op (who come with their own equipment packages) and made sure to have many strategy meetings with them before production. (Tip: for scheduling, nothing beats www.lightspeedeps.com – so helpful for me in organization).

Production was my favorite time, as I was in my element. I trained to be a director (despite that background, I have thankfully always worked as an actor, but that’s for another article…) and I enjoy it. Having worked in television for so long, I’ve developed a short-hand that didn’t waste anyone’s time. I always came prepared with a shot list, even if I eventually threw it out on the day. The crew moved quickly but efficiently, and since we had strategy meetings, there was already a good level of communication that allowed for quick problem solving when something unexpected came up.

Of course, in hindsight, I know I wore way too many hats during this time (writer, director, actor, 1st AD, 2nd AC, swing, PA, wardrobe supervisor) and it slowed us down on many occasions; but as we were working on a shoestring, it seemed unavoidable. Thankfully, because I had allotted enough time to prepare, it never overwhelmed me. (Another tip during production: always keep your crew well fed. Don’t skimp on this. It’s a way of saying “Thank you.”)

Post-production, on the other hand, was my Mount Everest. Most of the budget went in to this category. You may be reading this saying, “yeah, but how hard can it be?” but if you’re the primary storyteller, please think twice before going into this process alone.

It’s very important to find someone else to edit your series. I know enough about editing to get by, but I never considered doing it myself because I needed someone with a tremendous amount of distance and perspective to discover things I didn’t previously think possible. 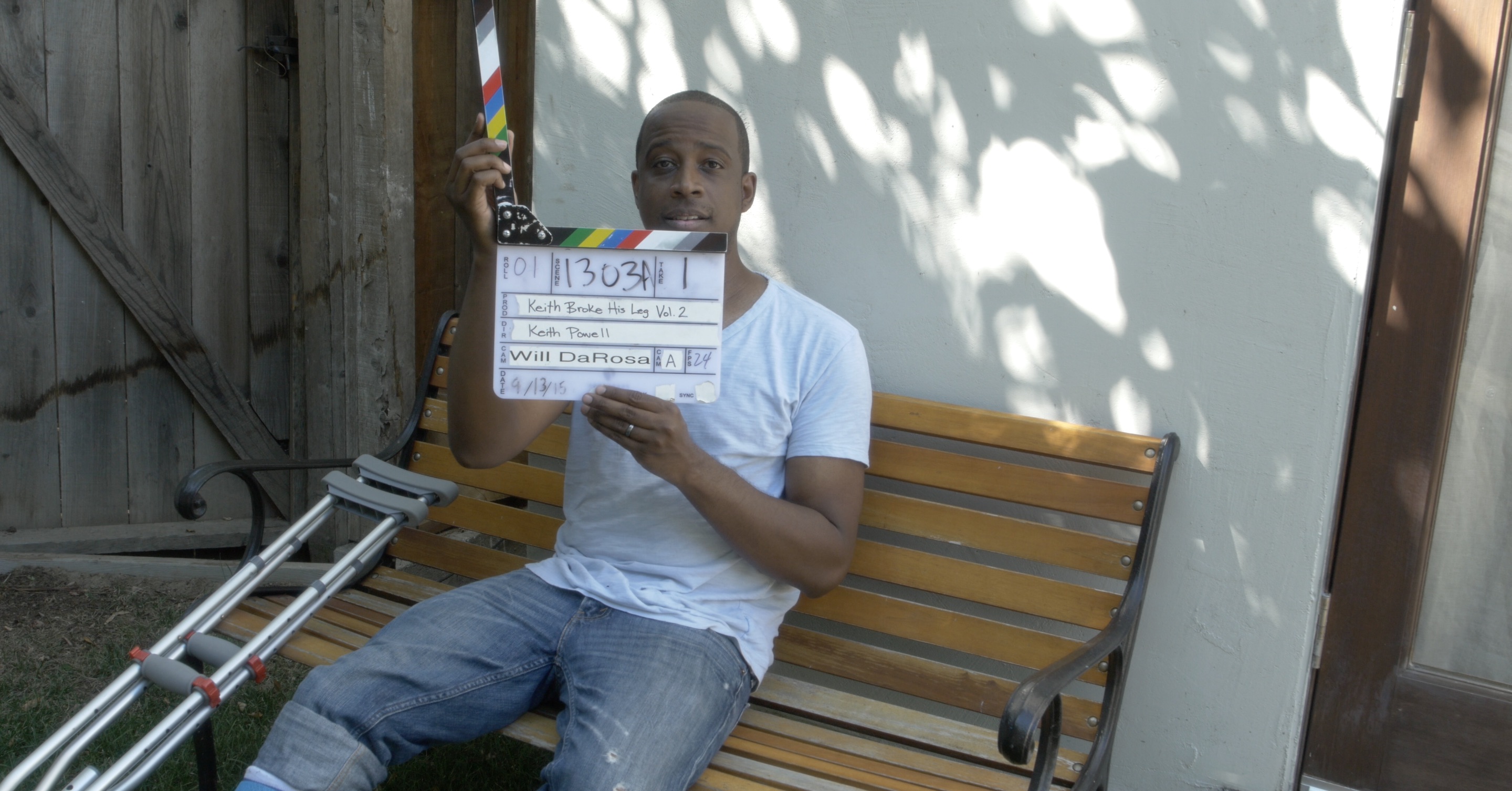 That’s the beauty of post, it allows the artist to walk away and see the work through the audience’s eyes.

Before editing, every idea was, in my mind, my best idea; but post-production showed me that not all ideas are created equal. Watching many versions of the edit allowed me to really stand back and figure out exactly what story I wanted to tell. I don’t think I would have been as clear in my intentions had there not been someone to talk through that process with me.

The long editing time gave me the information I needed to improve the series. We went back and did a day of reshoots based upon the edits and it really helped flesh out each story. We discovered halfway through that we had enough money to hire a drone operator (“drone” = magical flying camera). I wanted the world to feel bigger than the cramped spaces so many web series live in, so I did research on all the drone operators in my area, and negotiated a price for only a few hours of shooting.

The key to drone work is to not overuse it. The technology will eventually become dated, and overuse just looks like you’re showing off. Adding the drone shots to the show a little at a time, however, really makes your series feel more expansive while making it look more expensive.

After picture-lock, we went in and had a very lengthy coloring session. Color-correction is also an important step that many web series creators overlook, or dash off quickly. Hiring a good colorist really allows you to put a professional polish on your work.

Sound mixing also took an incredibly long time, not to mention a lot of trial and error. The same goes for visual effects (mainly taking out logos) and finding music (scoring). But everyone took his or her time to make sure we got it right, and that we were contributing to the over-all story we were trying to tell.

For music, there are a ton of low-royalty music sites out there where you can purchase a track for, say, $10. I also have a lot of brilliant musician friends who generously volunteered their work.

All in all, there were definitely some things I’ll do differently with the next batch of episodes (coming in November!), but I’m rather proud of the production values we were able to pull together with spit and tape.

I learned that creating a web series takes significant energy, as much help from friends as possible, and most importantly, patience. From beginning to end, the first six episodes of “Keith Broke His Leg” took about six months of daily work (fit in around my various acting jobs).

I’m way too close to the series to know how successful we were in hiding how little it cost. I’ll let you decide if it looks like a million bucks or like your grandfather’s home movies. But in the end, I realized making it technically flawless wasn’t ever the primary goal. What was most important to me was that the story shine through and that the production values highlight it and not distract from it. Thankfully, having enough time helped me achieve that.

Keith Powell is an actor, writer, and director. He is most known for his role as Toofer on “30 Rock.” He has had recurring roles on “About A Boy” and “The Newsroom,” and created, wrote and directed the original web series Keith Broke His Leg.

READ MORE: 10 Reasons You Should Make a Web Series (Instead of an Indie Film)