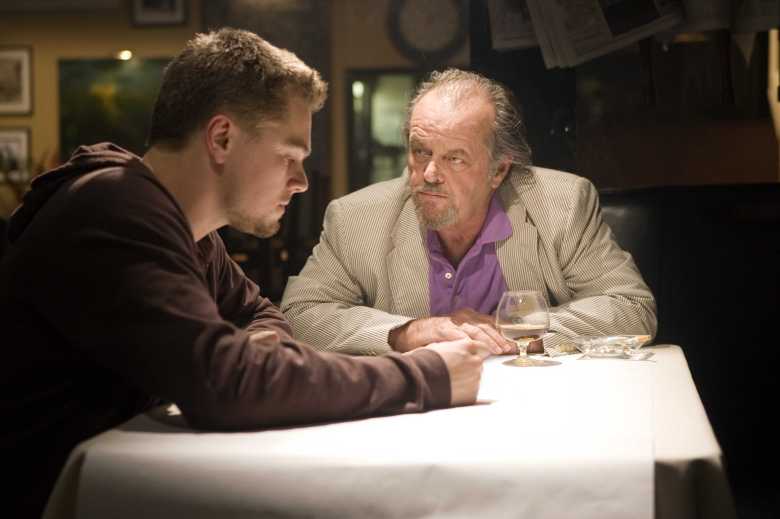 
After filming the mean streets of New York City for over three decades, Martin Scorsese shipped his patented gritty gangster flick 230 miles north to Boston for “The Departed.” The film — which earned Marty his long-deserved Best Director Oscar and his sole Best Picture win — is a remake of the 2002 Hong Kong crime thriller “Internal Affairs,” but “The Departed” is nothing without its Beantown flavor.

Leonardo DiCaprio and Matt Damon each play rats. DiCaprio is an undercover cop trying to win the sympathies of Jack Nicholson’s Frank Costello, an Irish mafia ganglord loosely based on Whitey Bulger, while Damon is Costello’s mole inside the Massachusetts State Police’s Special Investigations Unit. Over the course of the film, games of cat and mouse ensue with engrossing intensity. In this tale of morality and identity, Scorsese delivers his usual mix of brutal violence and laughs, with another glorious Stones-infused soundtrack to boot. The film’s unforgettable last 30 minutes are equal parts agonizing and exhilarating, and they maintain their power to shock and thrill.


Mark Wahlberg stars as “Irish” Micky Ward in David O. Russell’s “The Fighter.” Based on a true story, the drama follows Micky’s transition from “a stepping stone” boxer into a world champion. “The Pride of Lowell, Massachusetts,” Dicky Eklund (Christian Bale) is his half-brother and a local boxing legend who turns into a crack addict after his career ends. Doing more harm than good, Dicky trains Micky as their mother poorly attempts to manage the latter’s career. Boxing and Boston are the mediums O. Russell uses to address the complex family situation. From the opening street sequence to their ring entrance, O. Russell familiarizes you with the brothers. The mundane visuals, subjective shots and industrial flavor add to the film’s everyday aesthetic. The boxing scenes are brightly lit and capture the essence of a televised broadcast. By creating a familiar look, he distances the ring and emphasizes the complex family dynamic as the most important battle Micky has to fight.


Another film based off a novel by Dennis Lehane that chronicles Boston’s lurid crime world, Ben Affleck’s “Gone Baby Gone” is a psychological thriller that digs deep into the police procedural genre. Casey Affleck plays private investigator Patrick Kenzie, who answers the pleas of single mother Helene McCready played by Oscar-nominee Amy Ryan, to help find her kidnapped daughter, Amanda. As Patrick and his partner in crime and in life Angie Gennaro (Michelle Monaghan) dig deeper and deeper into Amanda’s disappearance, they realize the evidence is not always as it seems. Eventually, Patrick must face a moral dilemma that will determine his and Amanda’s futures. “Gone Baby Gone” has all the thrills of a crime-ridden Boston drama, but it manages to upset our expectations with plenty of twists and turns along the way.


While most cinematic depictions of Boston tend toward the gritty and bleak, some choose to focus on the things that make the city such a vibrant place to live. Gus Van Sant’s “Good Will Hunting” stars Matt Damon as Will, an MIT janitor who is secretly a mathematical savant, solving impossible equations by night while the university is empty. A professor, played by Stellan Skaarsgard, tries to convince Will to pursue his talents, leading him to see therapist Sean Maguire, played by Robin Williams. “Good Will Hunting” doesn’t deny the hardships that Will faces growing up and living in a working-class neighborhood, but it also manages to focus on the people around him that make living in Boston so vital to the human condition. Will’s thick-accented friends, including characters played by both Ben and Casey Affleck, are hilarious, and Will’s love interest, a young college student played by Minnie Driver, is a joy to watch. The film also brings attention to Boston’s status as an academic hub. “Good Will Hunting” effectively launched Matt Damon and Ben Affleck into stardom, and Robin Williams won the Best Supporting Actor Oscar that year for his performance.


Clint Eastwood’s “Mystic River” follows three men — Jimmy (Sean Penn), Dave (Tim Robbins) and Sean (Kevin Bacon) — who, after the cold-blooded murder of Jimmy’s daughter, are reunited for the first time since childhood, dredging up painful past memories and dangerous accusations as they try to find the culprit. Despite its outward appearance, “Mystic River” is less a procedural crime film and more an exploration of tragedy, trauma, loss and the effect it has on both the family and the community. The close-knit group of blue collar workers, ex-cons and troubled kids that populate the film are brought together, pushed apart and forced to question their values when Jimmy’s suspicions fall upon Dave. “Mystic River” was nominated for six Oscars, including Best Picture and Best Director, and won two for Penn and Robbins.


After “Gone Baby Gone” proved a surprise hit, Ben Affleck returned to his hometown to make “The Town,” a bank heist movie. Adapted from the book “The Prince of Thieves,” “The Town” stars Affleck as Doug MacRay, a native of Charlestown, infamously known as Boston’s breeding ground for bank robbers. Right off the bat, MacRay carries out a meticulous heist with the help of his lifelong friends. Yet when MacRay becomes attached to the manager of a bank he robbed (Rebecca Hall), he must come to terms with his life choices while evading the looming presence of the FBI. The film wreaks with intensity and flaunts several unforgettable action sequences, including a bank heist carried out by robbers decked out in Nun costumes before finishing with an eruption of violence at the Mecca of Boston, Fenway Park. Rounding out the cast are Jeremy Renner (who landed an Oscar nod for the film), Jon Hamm, Chris Cooper, Blake Lively and Pete Postlethwaite, in the penultimate role before his death. Another solid entry in the Boston crime subgenre, “The Town” proved that “Gone Baby Gone” was no fluke, solidifying Affleck’s directorial chops ahead of his breakthrough Best Picture winner “Argo.”


The great Sidney Lumet is responsible for perhaps the best courtroom drama of all time — 1957’s “12 Angry Men,” starring Henry Fonda and Lee J. Cobb — but his 1982 film “The Verdict” is just as worthy of the title. Whereas “12 Angry Men” goes the way of a moral thriller, “The Verdict” never shies from its emotional character study roots. Paul Newman stars as alcoholic Boston lawyer Frank Galvin, whose career and life are in shambles after a slew of misfortunes, from a messy divorce to a jury tampering scandal that ruined his reputation with an elite Boston law firm. Spending most of his days in the local pub, Galvin gets a shot at redemption when his good friend brings him a medical malpractice case in which it’s all but assured the defense will walk away with a $210,000 settlement. Galvin is the type of sleaze who would normally have no problem walking away with the money, but Lumet and screenwriter David Mamet have far more powerful plans for their weary protagonist. Slowly but surely, Galvin realizes taking the case is his one shot at giving his life purpose, and while the film is always assured in its slow-burning character roots, the will-he-won’t-he tension over Galvin’s success pushes “The Verdict” into subversively thrilling territory.

This Article is related to: Features and tagged Good Will Hunting, The Departed, The Fighter, The Town