9 Best Gambling Movies Worth Placing A Bet On 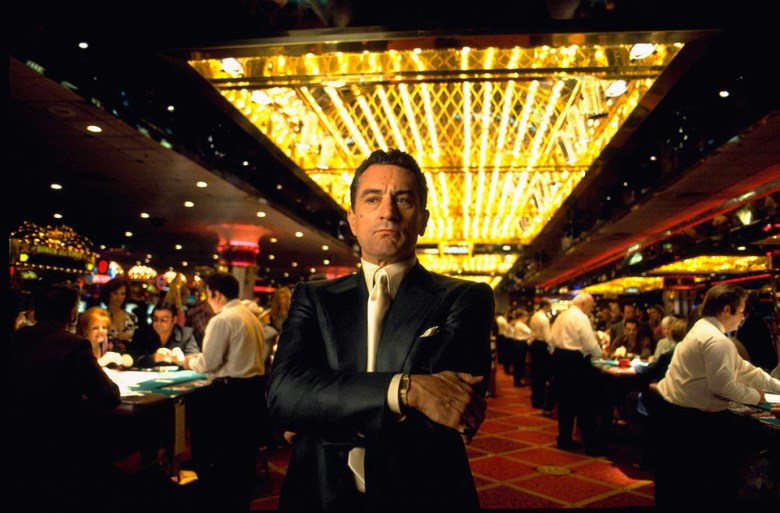 
Before “Ocean’s Eleven” came “Bob le Flambeur” from the French master of noir, Jean-Pierre Melville. Roger Duchesne plays the eponymous high roller, a middle-aged gambler and ex-con whose elegance is so apparent that he has even won the respect of the town’s cops. For Bob, gambling is not a mere addiction but an essential state of existence. When it is revealed that the Deauville casino will hold 800 million francs on a given night, Bob, who’s on a bad streak of luck, assembles a crack team of cons to carry out the heist. While the film yields chance encounters and unintended consequences fit for any gambling movie, the heist itself is perhaps less important than the setup, which is drawn out to maximum effect in the seedy underbelly of Montmartre’s chilly nighttime streets. A calm and collected early feature from Melville, “Bob le Flambeur” practically oozes cool and anticipated the French New Wave with its innovative use of handheld camerawork and the jump cut.


In a decade that saw Robert Altman make “MASH,” “McCabe & Mrs. Miller,” “The Long Goodbye,” “Nashville” and “3 Women,” it makes sense his gambling drama “California Split” has gone relatively unseen since its 1974 release. It may not have the ensemble dynamics or the psychological hold of his other titles, but “Split” is an assured two-hander between stars Elliot Gould and George Segal and an efficient beginner’s course to many of Altman’s auteur tendencies. Eschewing much of a traditional plot, the drama is a study of behaviors chronicling the freindship between rookie Bill Denny (Segal) and his mentor Charlie Waters (Gould), a wisecracking pro. The two’s bond grows deeper over the course of the film, as Bill becomes more addicted and finds himself in hot water with rival players and hotheaded bookies. Slowly, the rush of the gamble turns into a draining habit and a numbing existence, and Altman seems less concerned with studying addiction and more with the business’ gravitational push and pull between bewildered addicts. “Split” may not be peak Altman, but it’s a worthwhile entry in the filmmakers’ canon.


Often cited as “Goodfellas Go West,” “Casino” has long struggled to get out of the shadow of Scorsese’s other three-hour mob epic starring Robert DeNiro and Joe Pesci. However, “Casino” might just be Scorsese at his Scorsesiest. Adapted from the non-fiction book of the same name by “Goodfellas” writer Nicholas Pileggi, “Casino” boasts an abundance of meticulous rhythmic editing, slow-motion sequences, rock and blues jukebox favorites and a pair of dueling voiceovers. DeNiro stars as “Ace” Rothstein, a tough, tortured Jewish bookie summoned by his Chicago mob bosses to run the Tangiers Casino in Vegas. While Rothstein’s fetishistic attention to detail rivals Scorsese’s own, he is unable to keep the casino’s corruption under wraps as he juggles an ultra-violent mafioso sidekick (Pesci) and a defiant wife (a standout Sharon Stone). The film lurches from one extravagant set piece to the next, at times feeling like a guided tour through the seven deadly sins. The gambling in “Casino” is on a macro-level; rather than taking place in the casino or on the card table, it happens behind closed doors, where the stakes are sky high.


Like “Casino,” “The Cooler” gives an insider’s look at gambling and all the measures taken to prevent it from paying off. Rather than sketching a master gambler, “The Cooler” is drawn to the opposite end of the spectrum. A cooler, in Vegas parlance, is a player so unlucky that his mere presence alone can ruin a high roller’s hot streak. William H. Macy, in a role he was seemingly born to inhabit, plays the eponymous Bernie Lootz, who lives a dreary and sexless life in a rundown motel on the Las Vegas Strip. The former gambling addict works a thankless job at the Shangri-La Casino, where he is indebted to its hard-lined owner Shelly Kaplow, played by Alec Baldwin in an Oscar-nominated performance. That’s all until he meets a cocktail waitress (Mario Bello), who appears to be Lady Luck incarnate for Bernie, but not without some twists and turns along the way. Thanks to its top-notch acting, the underdog tale elevates itself above the conventional gambling film and establishes itself as a memorable neon-neo-noir.


As much as Mark Wahlberg tried to give “The Gambler” a successful remake, it’s almost impossible to top the dramatic heights and thrills of Karel Reisz’s original. Written by James Toback, the film doesn’t just understand the world of gambling more than most dramas about the topic — it nails the paranoia of its dark corners and the stylish seduction of winning — it also uses the sport to present a universal tale about addictions of all kinds. James Caan gives one of his best performances as English professor Axel Freed, who faces an uphill battle when he must find a way to pay back a huge $44,000 gambling debt to his bookie. Caan’s charismatic performance is key to the film’s grand act, for he turns Axel into someone we can’t help but root for even as he’s doing one terrible thing and making one nasty mistake after the other. Because we like Axel, watching his demise at the hands of his own addiction is as painful as it is scary, and it allows the film to possess the mindset of an addict in a startlingly effective way. We feel his excitement and we cringe at his pain, and it all leads to an ending that cashes all in and wins big.


With his 1996 neo-noir debut feature “Hard Eight,” Paul Thomas Anderson burst onto the cinematic scene. Based on his own short film “Cigarettes & Coffee,” “Hard Eight” casts the veteran character actor Philip Baker Hall as Sydney, a sullen gambler with a mysterious past. In this role written specifically for him, Hall plays an unlikely father figure to a down-on-his-luck John C. Reilly, who needs enough money to bury his recently deceased mother. Sydney shows the ropes to Reilly’s John, and two years later the protegé is an expert gambler married to Clementine, a cocktail waitress played by Gwyneth Paltrow. When Samuel L. Jackson’s tough guy Jimmy enters the fold, Sydney’s past unravels, driving the rest of the tragic narrative. With great impact, “Hard Eight” is foremost about character and place, and it’s quite a masterful start to Anderson’s acclaimed career.


In Robert Rossen’s “The Hustler,” a young Paul Newman plays Fast Eddie Felson, a talented and cocky pool shark who puts it all on the line against Minnesota Fats (Jackie Gleason, in a rare straight role), the best player in the business. After a hot start, Eddie’s pride gets in his way and the game continues for a grueling 25 hours. Unable to hold his alcohol, Eddie loses everything and hits rock bottom. After confiding in Sarah, a tortured alcoholic, Eddie picks himself together to try to beat Fats once and for all. In the film, the gambler’s spirit is rendered viscerally by Newman, who paints a complex picture of an imperfect masculine ego, flawed by the same instincts that leave him raw and relatable. Nominated for nine Academy Awards, the film has enjoyed a fine legacy, aging gracefully due to its naturalistic performances, sleek cinematography and its unidealized atmosphere.


According to Matt Damon’s protagonist in “Rounders,” real poker players don’t gamble, they grind. Following his breakthrough “Good Will Hunting,” Damon takes on the role of yet another math wunderkind in John Dahl’s cult classic, though he trades in his janitor gig for a steady life on the poker grind. Until, that is, he goes bust against Teddy “KGB,” an eccentric Russian gangster played by John Malkovich, who chews the scenery as he literally chews on Oreos. Having already lost his tuition, Damon proceeds to gamble with his own life as he has to come up with $15k in five days. The tension escalates when he is joined at the table by his loose cannon buddy, Worm (Edward Norton), who has just been released from prison with poker debts of his own. Supported by a noirish voiceover, Damon plays the straight man to admirable effect, as he struggles to keep his composure and his head in a dangerous game that he insists is not about chance. “Rounders” paints a colorful depiction of a seedy poker underworld filled with enough pulse-pounding river cards to keep the average poker enthusiast on the edge of their seat.


After playing lovable outlaws in “Butch Cassidy and the Sundance Kid,” Paul Newman and Robert Redford reunited with director George Roy Hill for the ultimate grifter film, “The Sting.” Set in Chicago at the height of the Great Depression, “The Sting” introduces Henry Gondorff (Newman), “the greatest con artist of them all,” and Johnny Hooker (Redford), an eager, young grifter obsessed with completing the “big con.” Their victim is New York racketeer and gambling addict Doyle Lonnegan (a perfectly villainous Robert Shaw), whose greed is visibly his biggest weakness. “The Sting” is divided into chapters delineated by musical interludes and title cards reminiscent of Norman Rockwell’s Saturday Evening Post covers, taking us from the Set-Up to The Sting through high-stakes poker games and horse race betting parlours. Famously set to an anachronistic ragtime soundtrack of Scott Joplin standards, “The Sting” is irresistible fun — a light and witty caper that has us fully rooting for its con men.
READ MORE: 7 Powerful Boston Dramas Every Movie Lover Must See

This Article is related to: Features and tagged Casino, Lists, The Gambler