9 Must-See Dramas Set Against the Border 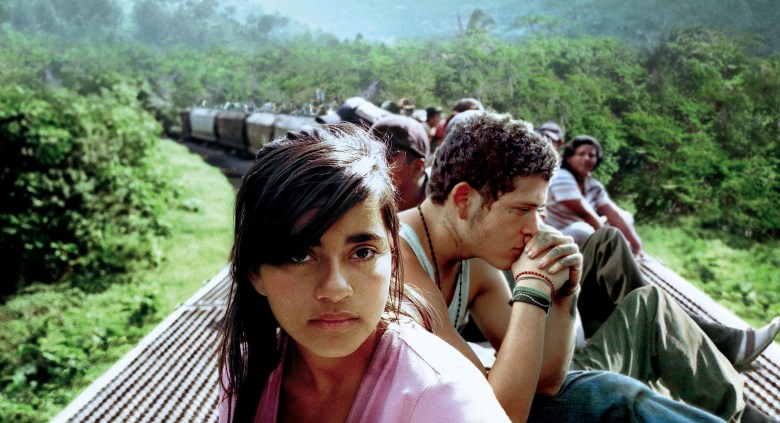 Cannes Review: Denis Villeneuve’s ‘Sicario’ is Very Well-Made, But to What End?


Chris Weitz’s 2011 drama is not set necessarily set on the U.S.-Mexican border — it takes place in the suburbs of Los Angeles, California — but it undoubtedly deals with the repercussions the setting has for immigrants living in America. Demián Bichir became an unexpected Best Actor Oscar nominee for his sensitive turn as Carlos Galindo, a gardener with American dreams to run his own landscaping business. Carlos’ rocky relationship with his son, Luis, drives much of the story, as the latter ignores his educational responsibitlies in favor of a relationship with a girl and her ties to one of the suburbs’ local gangs. Balancing his personal troubles with his professional aspirations, Carlos makes an ambitious move to earn some money for a better life, one that has life-changing consequences for all involved. Unassuming in scope and humanistic towards its characters, “A Better Life” reaches an emotional crescendo during its final moments, as the fate of Carlos — an immigrant who just wants to succeed and protect his family in any way he can — is revealed.

For all of the complaints thrown at “Babel” — mainly against its overtly self-serious tone — it’s hard to deny the power of its transnational connections. Of the four storylines that make up the film’s global narrative, most find the U.S.-Mexican border plot to be the most hackneyed. Nanny Amelia’s decision to bring her employers’  children across the border is foolish to begin with, and her reasoning to wander the desert once they become stranded is even more preposterous, but the story is still an emotional force in context with the film’s larger narrative. As shot by DP Rodrigo Prieto, the scenes set in Mexico during Amelia’s son’s wedding are an intimate, warmly lit affair — a sense of family and closeness is created that simply doesn’t exist in the visual makeup of the rest of the film’s world. Amelia’s decision may not be ethical, but she is there to protect her responsibilities. When they are torn away from her and she is deported back to Mexico, Adriana Barraza’s revelatory performances speaks volumes to the relationship between undocumented workers and American families.


Winner of the Best Director Award and the Special Jury Award for Cinematography (U.S. Documentary Competition) at the 2015 Sundance Film Festival, Matthew Heineman’s doc explores the Mexican Drug War and the vigilante groups fighting various cartels at the U.S-Mexican border. On one side is Dr. Jose Mireles, a small-town physician known as “El Doctor,” who leads a citizen uprising in Mexico against a dominant drug cartel. On the other is veteran soldier Tim “Nailer” Foley, who leads a military group in Arizona’s “Cocaine Valley” in order to prevent drugs from entering the country. With a focus on both sides of the border, plus visceral access to the violent world these men put themselves in, “Cartel Land” will bring you as close to the border as you’ve ever been, both physically and emotionally.


Gregory Nava’s landmark independent drama stars Zaide Silvia Gutiérrez and David Villalpando as two indigenous Guatemalans who flee their native country during civil war and travel north through Mexico and into the United States. The film is split into three parts — “Arturo Xuncax,” “Coyote” and “El Norte” — that document the protagonists’ arduous journey for a better life, each one with its multitude of conflicts and life-altering drama that show American audiences how the migration of indigenous souls is not something too turn a blind eye towards. Whether the pair is fending off soldiers and witnessing the brutal decapitation of their father, sneaking into America through a rat-infested sewer pipeline, or facing the multitude of difficulties in America that plague well-meaning immigrants who are undocumented workers, the duo can never truly turn over a new leaf. The film is a tragic epic of immigration that continues to remain relevant.


John Sayles’ acclaimed detective story never actually crosses the border — it is set firmly in the fictional border town of Frontera, Texas — but in chronicling a local sheriff’s investigation into the murder of the officer who proceeded him, the writer-director exposes many of the prejudices and violent injustices that plague and corrupt the region. Chris Cooper gives a gradually stirring performance as country sheriff Sam Deeds, who finds out the horrific history of both the town and his familial lineage when he cracks open the case of the murder of Charlie Cade (Kris Kristofferson). Cade was a volatile and ruthless lawman with a particular hatred against the Mexicans and African-Americans living in Frontera, and the case awakens the horrors of white supremacy in regions that wouldn’t be functional without their diversity. Matthew McConaughey, Frances McDormand, Joe Morton and Elizabeth Pena co-star.


Based on the Cormac McCarthy novel of the same name, this uniquely bleak Coen Brothers film received an avalanche of critical lauding and four Academy Awards, including Best Picture and Best Director, after its release in 2007. In many ways a traditional Western with a sinister Peckinpah lean, “No Country for Old Men” unfolds after a border drug deal goes awry, leaving several dead men and two million dollars in drug money up for grabs. When a welder named Llewelyn Moss (Josh Brolin) finds the cash in the middle of the Texas desert, he inadvertently becomes the target of Anton Chigurh (Javier Bardem), a fearsome, unrelenting hitman hired to recover the missing money. This highly physical film is famously light on dialogue and heavy on the kind of bone-crunching, poetic violence that broke new ground for the directorial siblings. Also starring Tommy Lee Jones, Kelly Macdonald and Woody Harrelson, “No Country for Old Men” is a visceral, often strangely beautiful kind of border film that has the power to make you scared of any chance encounter — and someone with a bowl cut.


Long before Cary Fukunaga won an Emmy for his acclaimed direction of “True Detective” Season 1, he dazzled indie audiences with his gruesome and authentic border thriller, “Sin Nombre.” With its cast of unknown Mexican actors and its grounded cinematography, the drama is a visceral look at young individuals trying to live amongst the gangs of Mexico and/or make the harrowing journey to America. Part of what’s so impactful about the film is how each option — staying in one’s native community or attempting to sneak into the country illegally — is rendered extremely life threatening, giving its main characters almost no option for survival. Staying could be deadly, but so could crossing the border, and it’s this notion that turns the movie into a claustrophobic nightmare despite the fact that so much of it takes place outside and aboard moving trains. There is nowhere for these immigrants to run, and “Sin Nombre” is all the more powerful for its ostensibly bleak outlook.


Tommy Lee Jones tried his hand with a revisionist Western last year in the Hilary Swank-fronted “The Homesman,” but he had much more success in his breakthrough 2005 directorial debut, “The Three Burials of Melquiades Estrada.” Taking inspiration from sources as varied as William Faulkner’s “As I Lay Dying” and the true story of the 1997 murder of 18-year-old Esequiel Hernández, Jr., the film combines the American Western with some surrealist dramatic elements in telling the story of Patrolman Mike Norton’s road to redemption. After Norton (Barry Pepper) mistakingly kills an innocent Mexican immigrant while on Border Patrol duty, a local rancher (Jones, in a role that won him Best Actor at Cannes) forces Norton to join him on a journey to bury the victim in his desired burial spot. Their odyssey through local border towns brings them in contact with the spiritual and ethnic cultures of the region, resulting in a multi-perspective story that is as gorgeously shot as its thematically resonant.


Like Iñárritu’s “Amores Perros,” Steven Soderbergh’s gritty 2000 crime drama “Traffic” uses three intersecting stories to tell a brutal story. The film boasts an enormous cast of talented actors, from Michael Douglas’ White House drug czar, to Catherine Zeta-Jones’ drug lord wife and Benicio Del Toro’s disillusioned Mexican cop (a role that earned him an Academy Award for Best Supporting Actor). Each performance contributes to the greater effect of the film’s criss-crossing narratives, as these shifts in perspective shed light on the far-reaching and ineradicable consequences of the War on Drugs. Across its three parts, “Traffic” jumps from the Mexican border to Ohio and back to the border again to trace the drug flow all the way up and down the North American supply chain. Soderbergh was in charge of the hand-held camerawork himself, giving the film a documentary-like quality and its characters an added sense of vulnerability. “Traffic” may not be exclusively set on the border, but its stimulating narrative structure shows how the divide between America and Mexico reaps effects throughout the entirety of each country.

This Article is related to: Features and tagged A Better Life, Babel, Lists, Lone Star, No Country For Old Men, Sin Nombre, Traffic