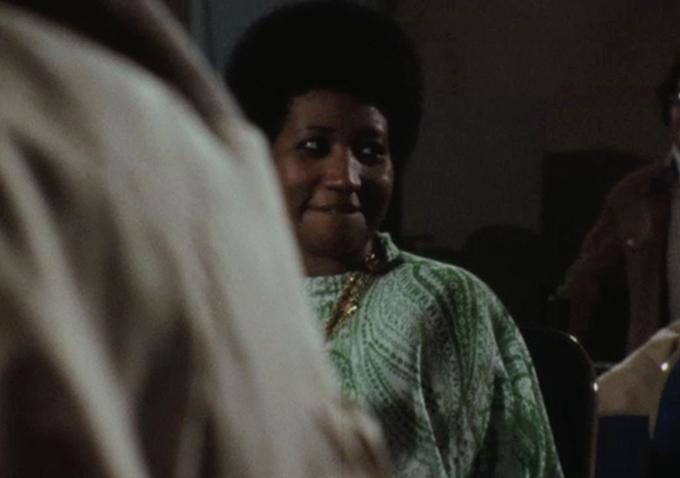 The much-anticipated Sydney Pollack-helmed documentary “Amazing Grace” is scheduled to screen at both the Toronto International Film Festival and the Telluride Film Festival within the next few days. However, in a surprising turn of events, The Hollywood Reporter reveals that Aretha Franklin has filed a lawsuit for “emergency injunctive release” to stop the film from screening, citing what Franklin has perceived as a lack of respect from the Telluride Film Festival.

According to the filed complaint, “Allowing the film to be shown violates Ms. Franklin’s contractual rights, her intellectual property rights, her rights to use and control her name and likeness, and represents an invasion of her privacy.” The filing goes on to state that “the raw footage has been locked away in the vaults of Warner Brothers studios for nearly forty years, there is no urgency in its immediate release.”

The lawsuit also claims that 80% of the film, which chronicles the recording of Aretha Franklin’s seminal album “Amazing Grace,” contains Franklin’s likeness and performances. Read the full complaint here.

“Amazing Grace” is set to be screened later today at Telluride. It is set to premiere in Toronto September 10. Click here for The Hollywood Reporter’s full report.