Daily Reads: "CSI's" Unpredictable Success, The Battle Over the Worst Movie Ever Made, and More 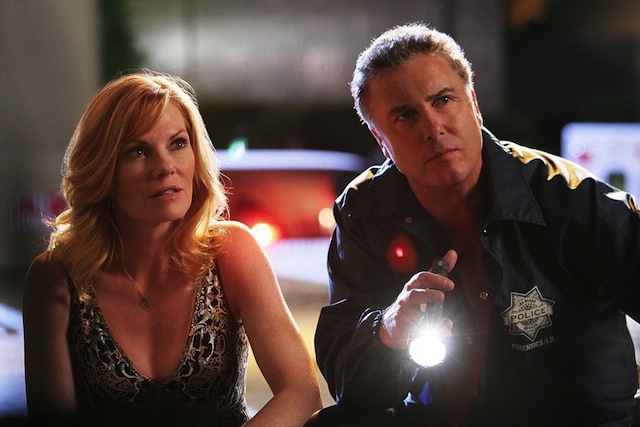 1. How I Was Wrong About “CSI’s” Hit Potential. This Sunday, “CSI: Crime Scene Investigation” will end after fifteen years. The forensic science procedural franchise has spawned three other subsequent series (“CSI: Miami,” “CSI: New York,” and most recently, “CSI: Cyber”), pushed the limits of graphic violence and sexual content on network television, and even created the phenomenon of the “CSI effect.” But there was a time when the series wasn’t a commercial guarantee. Veteran TV critic Alan Sepinwall remembers when he bet on another CBS series during “CSI’s” debut season and how he was wrong about the series’ eventual success.

The first inkling I had that the conventional wisdom was wrong came that summer, when a local high school student did a mini-internship in The Star-Ledger’s feature section. When it was my turn to play mentor, I handed him the videocassette containing the “Fugitive” and “CSI” pilots, told him to go home, watch both, and come back the next day to write a short review of whichever one interested him, so I could give him pointers on being a critic. I figured for sure he’d go for “The Fugitive.” “Actually, I liked the other one a lot more,” he told me. “‘Fugitive’ was okay, but it felt kind of old-fashioned. I thought ‘CSI’ was really cool, though.” He’d seen it immediately. I hadn’t. “The Fugitive” was good, but a relic of the past. “CSI” was the future: a show that spawned three spin-offs, countless imitators and spiritual cousins, whether other shows from producer Jerry Bruckheimer, like “Without a Trace” and “Cold Case,” or non-blood relations like “NCIS.” Five years earlier, O.J. Simpson had been acquitted in part because the jury hearing his case didn’t understand or care about DNA evidence; “CSI” quickly became so popular that the curve swung too far the other way, as prosecutors began complaining of the so-called “‘CSI’ effect,” where jurors now knew about DNA and other aspects of forensics, but would only convict if presented with the unrealistic mountain of evidence that Gil Grissom and his fictional colleagues gathered every week, with equipment and budgets that would make real police scientists weep.

2. The Battle Over the Worst Movie Ever Made. So, there’s this little movie called “Manos: The Hands of Fate.” It was entirely written, produced, directed, and starred Harold P. Warren in 1966 on a paltry budget of $19,000. It premiered in El Paso, Texas, and then faded into obscurity until the acclaimed cult series “Mystery Science Theater 3000” breathed new life into the film by featuring it on their program in 1993. It was then that the film became a cult object and widely considered “the worst movie ever made.” But in 2011, a film print collector uncovered the original negative of the film and embarked on restoring it, but he never knew what kind of obstacles he would come up against. Playboy’s Jake Rossen explores the story over the battle to restore “Manos: The Hands of Fate.”

Tom Neyman, who portrays the Master, was an artist who painted a large and disturbing portrait of his character posing with a dog. Neyman’s wife made many of the costumes, including the now memorable Master’s robe, a billowing cloak with two enormous red hands that resembles an occult-themed Snuggie. Before filming, Neyman asked his daughter, Jackey, to play the family’s daughter. Warren, then 42, retitled the film “Manos: The Hands of Fate” and shot throughout the summer of 1966, hampered considerably by the Filmo 70 and his own inexperience. The novice director’s production techniques were beyond guerrilla. For a human-sacrifice scene, Warren dumped piles of dirt around a group of old courthouse pillars on land owned by a lawyer running for county judge. (He left the dirt for the lawyer’s family to clean up.) Since the cast and crew had day jobs, they toiled all night in the dark, illuminating some scenes with car headlights. If something went awry — and virtually everything did — Warren dismissed it by claiming they would “fix it in the lab.” There was no lab.

3. The Boom Days of Reality TV Are Over. Let’s take a trip back in time to the 00’s, shall we? Though there are plenty of “crazy” things that happened in popular culture during that decade, like Janet Jackson’s wardrobe malfunction or Ken Jennings’ “Jeopardy” dominance, but one of the major things was the dominance and commercial success of reality television. Everything from “Big Brother” to “Survivor” to “American Idol” to “Laguna Beach: The Real Orange County” held viewers in rapt attention as people loved watching unscripted, choreographed drama that feels like real life. But now in 2015, reality TV has hit the skids as pop culture has capitalized on the scripted entertainment boom. Vulture’s Josef Adalian examines the state of reality TV in 2015 and how its boom days are in the past.

TV’s last massive reality hit, A&E’s “Duck Dynasty,” premiered more than three years ago. A slew of recent big bets to shake up the genre — such as Fox’s “Utopia,” CBS’s “The Briefcase,” and ABC’s “The Quest” — went nowhere. And with networks increasingly taking a long-tail approach to their business, prioritizing scripted series that have a (profitable) digital afterlife on streaming services, it’s hardly a given that reality TV, which former Netflix content chief Ted Sarandos dismissed earlier this year as “disposable,” will continue to thrive. Fifteen years after a mind-blowing 52 million viewers witnessed the first-season finale of “Survivor,” the boom days are finally over for reality TV. Talk to unscripted producers and executives about the state of the genre in 2015, and one word pops up repeatedly: fatigue. While modern reality TV is barely a teenager, and far younger than programming staples such as comedy and drama, the sheer tonnage of unscripted content produced in the past decade-and-a-half has left the people who make it — and, arguably, those who watch— struggling to recapture the excitement of a once-vibrant genre

4. A Personal Interview with “Mississippi Grind’s” Ben Mendelsohn. Ben Mendelsohn is an Australian character actor that has been working since the mid-1980’s. His starring role in the 2010 film “Animal Kingdom” brought him international recognition, which continued with his Emmy-nominated role on the Netflix series’ “Bloodline.” Now, he’s starring in the gambling drama “Mississippi Grind” with Ryan Reynolds. Over at The A.V. Club, Sam Fragoso interviews Ben Mendelsohn and the two discuss film, relationships, religion, and much more.

AVC: Do you still learn?

BM: I still do. Yeah, I probably learn more from writers and directors nowadays, but you still always get bits and pieces. Who I ask about stuff is different than it was back then, but for the first 10 years or so that I was working, yeah, I learned a lot from other actors.

AVC: And you have mentors?

BM: I have plenty of them. Crewing and being on film sets is kind of like being in the carnival, with carnie folks. You go on, you do this one, and you finish it, and you see a whole new bunch.

AVC: Do you enjoy that experience?

BM: It molds you to that way. There are things that are difficult about it, and there are things that aren’t great about it. I mean, you do learn to get along with people, and you learn about a lot of different types of people, too. But when you’re in the early shoots and you’re a kid doing it, it’s hard, it’s fucking hard. If you’ve been on a job for a while and it stops, and you don’t see those people for a while, that’s hard.

5. Finding Solace in “The Wrath of Khan.” It’s never easy recovering after the death of a loved one, but oftentimes fond memories of shared experiences can help bring solace in difficult times. On her blog, writer and critic Jessica Ritchey writes about the loss of her father and grieving through “The Wrath of Khan.”

It’s a warm balmy night as my boyfriend and I walk from the car to the theater. I’ve half joked to him that I’ll probably start bawling when Spock dies. And I’m secretly hoping I’m not joking. I’ve cried in front of him perhaps twice. I have gotten so good at not crying at the drop of the hat that I don’t cry at all. We buy our tickets and go in. The shiny chrome and black of the Art Deco interior comforts me along with the pinprick I’m starting to accept as a constant companion that this is yet another thing I won’t ever be able to share with my father. We go into the theater and find our seats. From the moment the deep blacks of the star field shimmer on the big screen I’m transfixed. Sometimes I’m watching the acting, sometimes I’m watching the directing. Other times I’m paying attention to the sound design, or noticing the choices the screenwriter made. I’m paying attention to everything my father taught me to pay attention to. He taught me movies were too wonderful to just passively digest and forget, that at their best they became like old friends you checked in with to see how they’re doing. And it hits me over and over. That without my father I wouldn’t be sitting in this theater right now. And it’s a double edged sword of realization. That the fraught nature of our relationship made me eager to flee. Yet he was the one person that I could truly be myself around. He shaped my cavernous appetite for movies, for art, for life. And just when it feels like my life is taking the shape and purpose I would be proud to tell him about, he’s gone. He sacrificed so much for me and I’ll never get to tell him thank you. And so when Spock asks “Ship…out of danger?” I finally put my head in my hands and cry. I cry for just how not at all alright it is. I cry for how it’s never quite going to be alright again. I cry for Spock, for Leonard Nimoy, for James Horner and his beautiful music playing over the scene. I cry for how many things get lost, how lost is the natural terminus of all things. And my boyfriend is sitting next to me, not sure whether to leave me be or comfort me, he puts his arm around me and draws me close. And that makes me cry harder because one day he’ll be lost too. And so will I.

Tweet(s) of the Day:

I suppose the best way to see if shows with diverse leads can truly “work” is to declare 50 years of diverse leads only, see what happens.

20 minutes into Studio Ghibli and chill and she gives you this look pic.twitter.com/EjpNJvf5NZ