Exclusive: The Truth Behind Bible Belt Filmmaking is Exposed in 'From Despair To Beloved' Excerpt 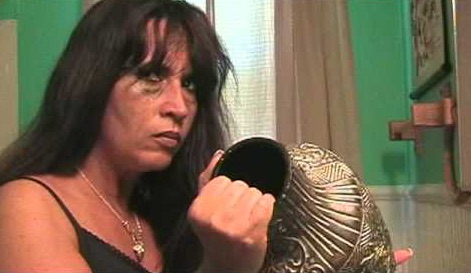 Below is an excerpt from Scott Kenyon Barker and Mark Baranowski’s “From Despair To Beloved: The Provocative Cinema of On Mark Productions.” The book serves as an introduction to the controversial independent films Baranowski made between 2001 and 2011 with his wife and creative partner, model-actress Ryli Morgan, and it takes readers behind the scenes of their production. Find out more information about the book here.

READ MORE: What Quentin Tarantino and Darren Aronofsky Think of Netflix and Other Streaming Services

We’re all hustlers. Each of us has something to sell, whether our own goods or someone else’s. I learned this at a young age, and I determined then that I would never be happy selling anyone’s goods but my own.

Life happens, however, and to this day, the fruits of my creative labor—books, movies, music and art—have yet to accumulate to the point where I can finally shake loose of the “day job” as a locksmith in the commercial door industry. Fortunately, I’ve been in that position long enough to say I almost enjoy it.
That’s the ultimate goal (for most), after all; making a comfortable living doing what you love. Whether you’re single or married, with children or without, it takes money to survive. It also takes money to make money, and yes, money does indeed buy happiness. Shame, not enjoying what you do to make it.
As an artist, I’ve strove for years to turn my hobby into my job. Again, that’s yet to happen, but I’ve at least come close by doing one thing, in particular… making movies.
Say “I make movies” to someone and you’ll either be met with looks of doubt, raised eyebrows, or an assuming smirk. Here in Charlotte, North Carolina—part of the Bible Belt—the smirk is most common; people immediately assume you’re making pornography. Throughout my first ten years as an independent filmmaker, I was unfairly labeled “Porn King,” and not so unfairly referred to as “Mister Nude” (the latter coming from someone who had actually watched my films). I have nothing against pornography, and perhaps some of our material walks the line between soft and hardcore, but I don’t appreciate being judged based on assumptions.
Back in late September 2001, I was blissfully oblivious to any of this. While the United States was still reeling from the events of 9/11, my wife, Teresa, and I were living in a minuscule apartment. I was out of a job, and the bills were piling up. Teresa was working to support us both while I focused on drawing and writing. Over in Los Angeles, my manager was pitching my latest spec screenplay, “A Dangerous Motive,” which I’d written specifically for Jean-Claude Van Damme (my idol) to play the lead. Unfortunately, Van Damme was no longer a “hot property” in Hollywood, so it was instead being offered to the likes of John Travolta, Nicholas Cage, and Ray Liotta. Or so I was told….
My manager would say, “The wheels turn slowly out here,” and insisted I remain patient on the east coast while she continued looking for someone to buy my script on the west. Meanwhile, I had just completed another, a sequel to John Carpenter’s 1982 film, “The Thing.” This time referring to my copy of the Hollywood Creative Directory (I’d used the Hollywood Agents & Managers Directory to locate a manager), I began sending email upon email to potential buyers—including Universal Studios, who, unbeknownst to me then, still owned the rights to “The Thing.”
The amount of calls and emails I received in response to my Thing script was astounding. It seemed I was having better luck on my own than with a manager… until the cease and desist letter came from Universal Studios. They had no interest in reading my work, but they made sure no one else would, either.
So, what then? I needed to work, but again, I wanted my job to be something I truly enjoyed. A few months earlier, I’d contacted actor/producer/director Bruce Campbell, hoping he could help get my scripts into the right hands if he himself wasn’t interested in reading them. His reply was, “Don’t look to anyone else to fulfill your dreams. Become a producer and shoot the films yourself.”
It was exciting enough just to hear back from him, even if it wasn’t the response I was hoping for. I chose to ignore his advice at the time, having no knowledge of what it took to be a producer, much less to make a film. Besides, all I wanted to do was write films, not shoot them. By the time I received the letter from Universal, however, I was desperate to step outside of my comfort zone and make something happen.
I still knew very little about making movies, except that it requires people, money, equipment and at least one location. People… I had Teresa and myself. (Oh, and our miniature dwarf bunny, Bonzai. Not a person, but a talented actor, nonetheless.) Money… I had none. Equipment… I had the VHS-C camcorder that Teresa’s parents had bought for her, some years back. Location… We were living in it. Herein lies the main lesson of this book, and the most important advice I could offer a budding filmmaker: Work within your means. If we hadn’t, we never would have made it as far, or stayed as prolific, as we did for the next ten years.
Admittedly, I’ve always been a step behind when it comes to technology. I was still playing 8-track tapes and vinyl when audio cassettes were the rage, and the latter when CDs were the format of choice. Likewise with video, I refused to buy DVDs for the longest time because my movie collection already consisted of nearly 1,000 VHS cassettes. Now it’s all about Blu-Ray… I don’t care to know what comes next.
By late 2001, the average indie moviemaker was either shooting on film or digital video (DV). Consumer-grade cameras were mostly MiniDV, but you could still find VHS-C cassettes in your local Best Buy. True to form, I went the latter route, for a number of reasons: we already had a working camera; I had neither the money to buy, nor the time to learn, a new one; and I could care less about camera specifications. I believed then, and still do, that it’s not about what you shoot with. It’s about what you’re shooting.

READ MORE: Tips for Getting Your Micro-Budget Feature Off the Ground

This Article is related to: Features and tagged Books, Books/Literature