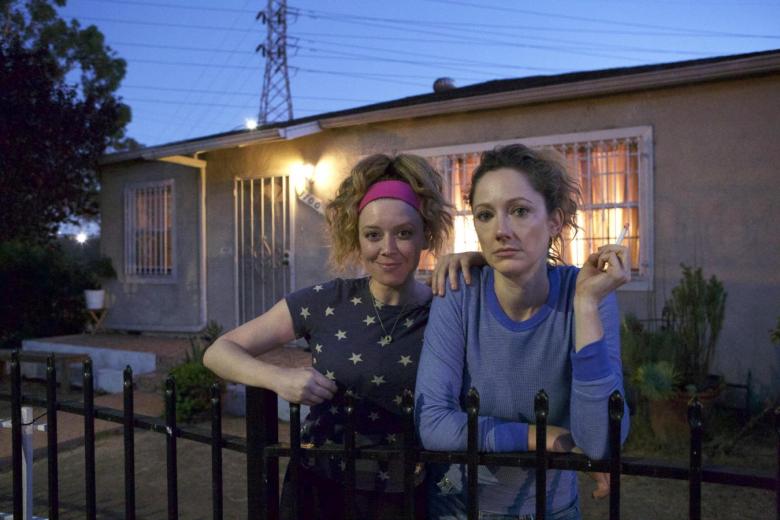 [Editor’s Note: This post is presented in partnership with Time Warner Cable Movies On Demand in support of Indie Film Month. Today’s pick, “Addicted to Fresno,” is available now On Demand. Need help finding a movie to watch? Let TWC find the best fit for your mood here.]

In the SXSW Narrative Spotlight selection “Addicted to Fresno,” Natasha Lyonne and Judy Greer paired up on screen for the first time to play two very different sisters. Lyonne, who was recently up for her first Emmy for her performance as the always horny, formerly drug-addicted inmate Nicky Nichols on Netflix’s hit show “Orange is the New Black,” goes against type to play Martha, the overly optimistic lesbian sister to Greer’s Shannon, a deeply troubled woman fresh out of sex rehab. When Martha lands her sister a job as a maid at Fresno Suites, the local hotel in Fresno, CA, things quickly spiral out of control after Shannon accidentally kills a hotel guest following a post-rehab relapse.

In addition to the two funny ladies, “Fresno” features a strong, mostly-female cast that includes Aubrey Plaza as Lyonne’s love interest, Molly Shannon, Allison Tolman and Clea DuVall, and was directed by Lyonne’s “But I’m a Cheerleader” director Jamie Babbit. “Portlandia” and “Arrested Development” head writer Karey Dornetto penned the darkly humorous screenplay.
Indiewire sat down with Lyonne and Greer in Austin to discuss the female-led project, why Hollywood is still a boy’s club and the joy of playing against type.

I’m more accustomed to see Natasha play the trainwreck and Judy play the levelheaded one. Was the atypical casting part of the appeal in making “Fresno”?

JG: Yeah, a lot. I kept looking back. “Wait, I’m supposed to read the role of Shannon?” I couldn’t wrap my head around it. But it made total sense, once Jamie and I talked about it. You have to root for her a little bit. I find you to be incredible.
NL: Yeah, I guess it is true. Certainly we all spoke about it a lot, we all thought about it, we all made jokes about it. The truth is we could have done one another’s roles probably. I do think this is the more interesting choice. It makes us both work a little.
JG: I think I like this plan of doing the whole movie playing the other roles. [laughs] But also, your Martha does have a darkness underneath her, which helped.
NL: I think it’s also funny because yes, I’m sort of naturally that person, but also probably because I’m healthier now or whatever. I was very excited to be Martha because it was just so funny to me. In becoming sort of a healthier grown up, I definitely see my troublemaking come out in more co-dependent ways that I do think I identify with. So it was sort of funny that she was able to see and capitalize on that, as opposed to “Orange is the New Black,” where I have to go back and remember what it was like a lot more. It’s not so current to who I am now — other than all the sex. [laughs]
It’s Shannon’s movie; you have to really care about this person’s journey and know she’s really suffering and that’s why she acts the way she does. It just made so much sense for the style and the flavor of [the movie] to cast Judy as Shannon. Judy’s also lanky — and as much as I’m into sex and drugs or whatever (it’s sort of my scene I guess… my default setting), visually, without eyeliner, I’m a nice Jewish girl and Judy is lanky and has those cheekbones. Everybody she plays, it’s like, “Oh whoops, I’m a sexpot!” There is a lot of that in Judy’s stuff. So I think it made a lot of sense, visually, you could picture her limbs wrapping around many men.
Did you feel that way, Judy?
JG: No.
NL: It felt sexy and right picturing her doing that, and picturing me getting ice cream and stuff with that big pony tail and everything. This is the problem with having personas for actors when they get successful; it’s almost like we know too much about people. We know Judy’s happily married or whatever, and it’s sort of a bummer because that’s not what they’re organically built for in terms of playing roles. 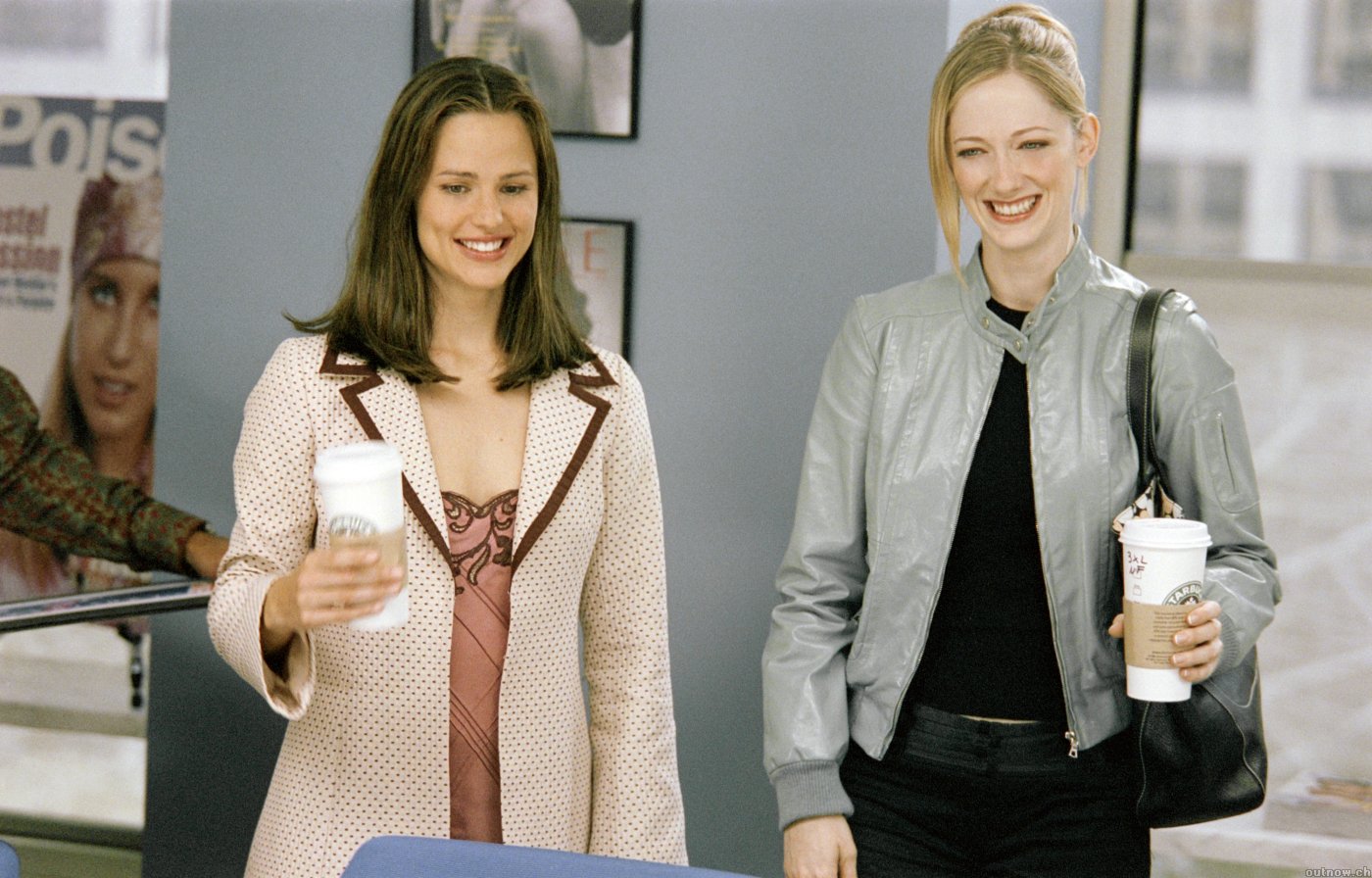 JG: Also, when you become a great big movie star, like Jennifer Aniston for example, people want Jennifer Aniston. They don’t want a different character.
I remember doing “13 Going on 30” with Jennifer Garner and she wanted to change her hair and they were like, “No, we cast you because we want Jennifer Garner,” and she was like, “But I wanted to have bangs and do a thing,” and they were like, “No.”
I totally bought you two as sisters. You only had 30 days or so to shoot this, I’m guessing.
NL: If that.
JG: What’s interesting is that I think people look at male-female relationships in TV and film as like, “Oh they have such good chemistry.” But people overlook how important it is to have good chemistry when you’re working in a film with a woman. We could have had bad chemistry and the movie would have sucked ass.
NL: That’s another thing I’m into. [laughs] I need you to know that’s not true, I just couldn’t help myself.
JG: Doing it or having it done?
NL: I don’t even know.
You do some of that on “Orange” don’t you?
NL: Thank you. Thank you for complimenting my work.
JG: I’ve got to watch the show. 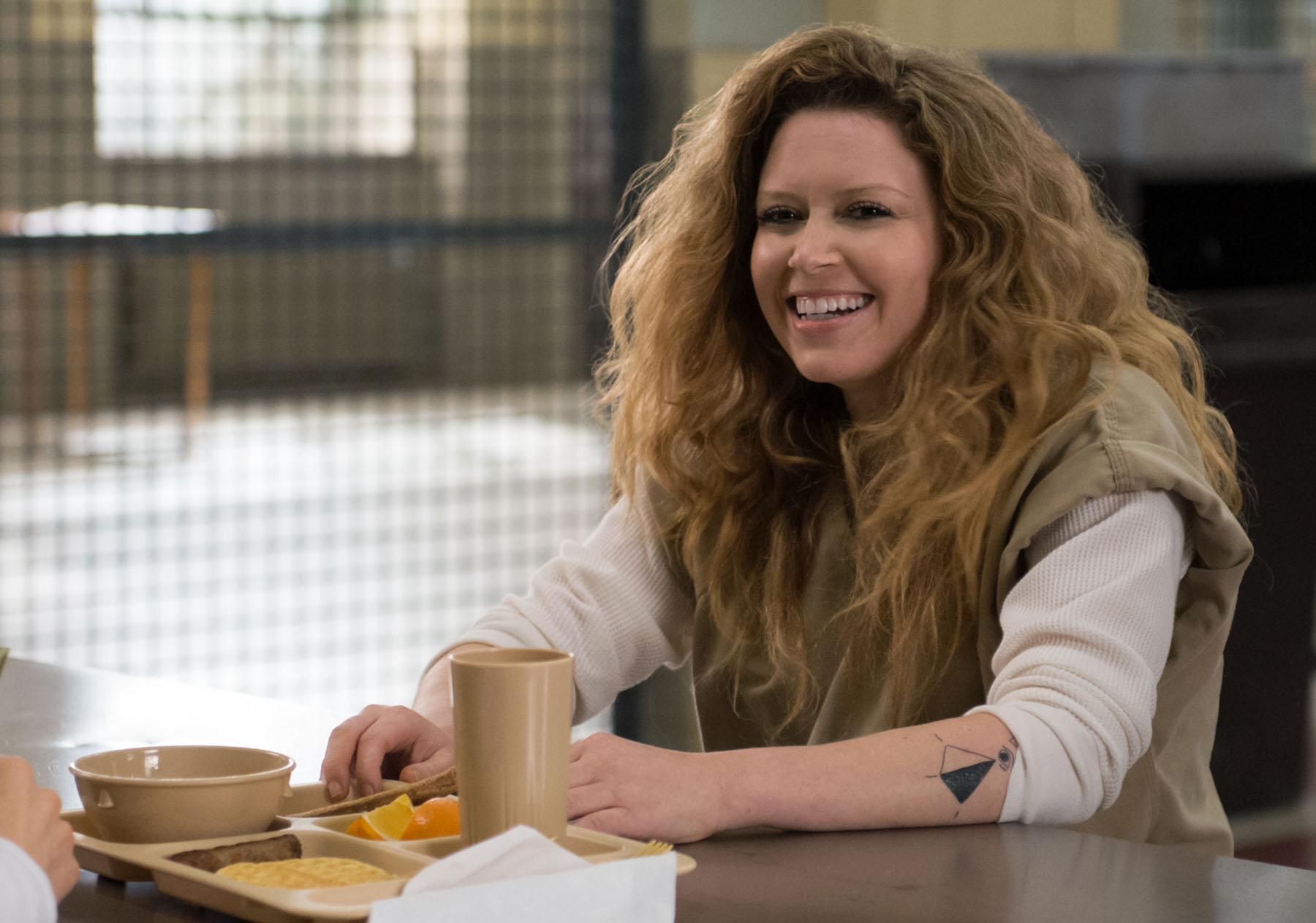 “Fresno” features a mostly all-female cast, much like “Grandma,” the last thing I saw you in, Judy.
JG: [To Lyonne] You’ve got to see this movie with Lily Tomlin. Fuck! She —
You!
JG: Thank you, but she’s got to get nominated — she has to! I make out with her and grab her boob.
NL: Well you’ve got to; it’s Lily Tomlin.
Projects like “Fresno” and “Grandma” are hard to come by in the industry, I’m sure.
JG: Well I was just happy that there was no lip-syncing to a brush handle in our movie, because a lot of the times when you have a “lady movie” there’s always some ridiculous scene where all the girls are lip-syncing a Beyoncé song and that doesn’t fucking happen.
NL: The amazing thing about working with all women is that, in my experience, my voice as a human being becomes a lot stronger in terms of my opinions or thoughts or trying out ideas. Judy’s a master at improvising and I was really playing catch up.
JG: So are you.
NL: There was one scene with her and Fred Armisen where I couldn’t even talk because —
JG: I could never make it through one take without laughing by the way. Not one take with Fred Armisen; every take laughing.
NL: There was a certain freedom of knowing there was a woman behind the camera and a woman sitting next to her. Feeling also that they can get our wheels turning and have someone telling us to calm down. There was no impulse to want to please a male ideal or a man’s point of view of how a woman behaves. If you are a woman you know that women are so complicated, they have so many personalities inside them without being schizophrenic, that it is consistent for a character to have a sort of different voice based on the mood she’s in.
This is going to sound silly, granted, I was attracted to many people while making the movie. But for me to not want to sleep with somebody that I’m working with or to not have it be an option, that’s probably why men enjoy a boy’s club because straight men like working with each other because it takes sex off the table. I do think that there’s something good about that in a way because you’re able to be protected. I think there’s something good about a girl’s club too.
JG: I agree with you. I don’t like to admit it, but there is an element of, it’s just the way we are. I’m going to speak generally — sometimes I think if there’s a dude around, it just changes things.
NL: That’s why men feel that way about their poker games. Don’t bring a girl, it’s going to be distracting, just us guys tonight.
JG: That’s why The Beatles hated Yoko [Ono]. She fucked it all up. 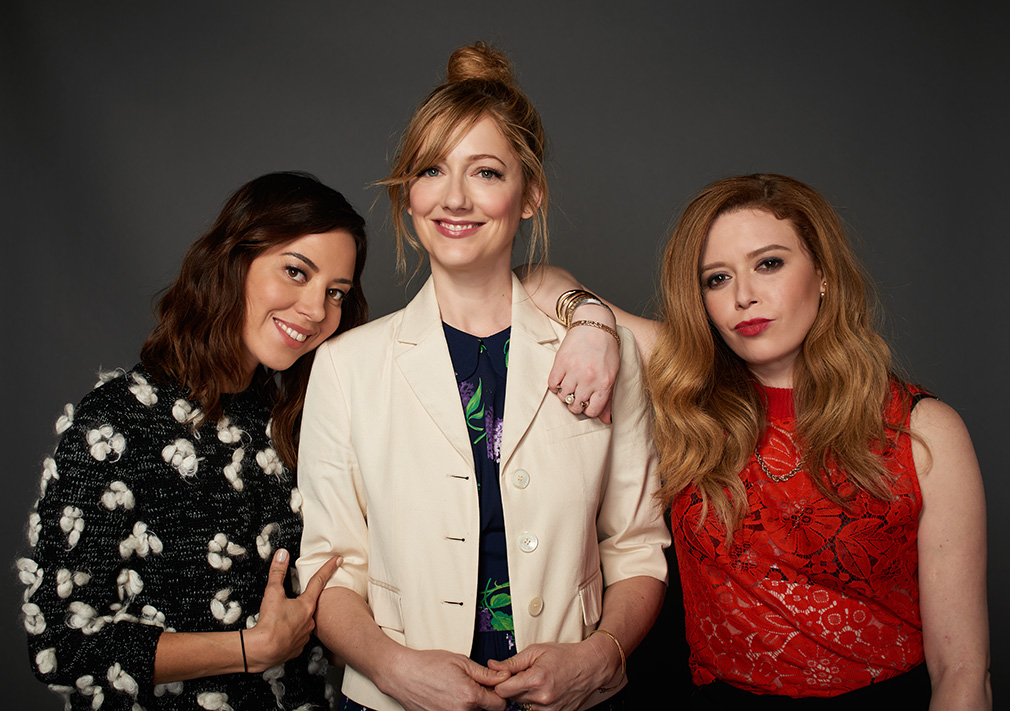 NL: For us, as women, this is becoming our terrain too. It feels like we’re here with our female cast and crew, and we get to do whatever the fuck we want to. We don’t actually want anyone in here mucking it up for us. We want to focus and do our work and be ourselves.
JG: [To Lyonne] You’ve been saying something I want you to keep saying when we do interviews. Natasha has been talking about the lack of competition. When I first stated in the business a few years ago I thought, “I’m going to move to L.A. I’m going be an actress. I’m going to be in the waiting room and all the other girls will be terrible.” And I never ever felt that. I love actresses, I love working with them, at least the ones I know and the one I have worked with. I have had the greatest experiences. I hope that’s the case with most people. We all want to work together.
NL: Yeah, there’s not this imagined competitiveness. It’s fading out of the picture. It’s exciting that everybody’s different; it’s exciting that you get to work with other women. It feels really satisfying. It’s just insane that we all get to be in a movie together with Molly Shannon. There are just so many real, single one-of-a-kind birds in this movie, which is very indicative that there’s enough to go around.

Editor’s note: This interview was originally published on March 19, 2015.