How To Make Great Late Night Television, According to Comedy Central's Kent Alterman 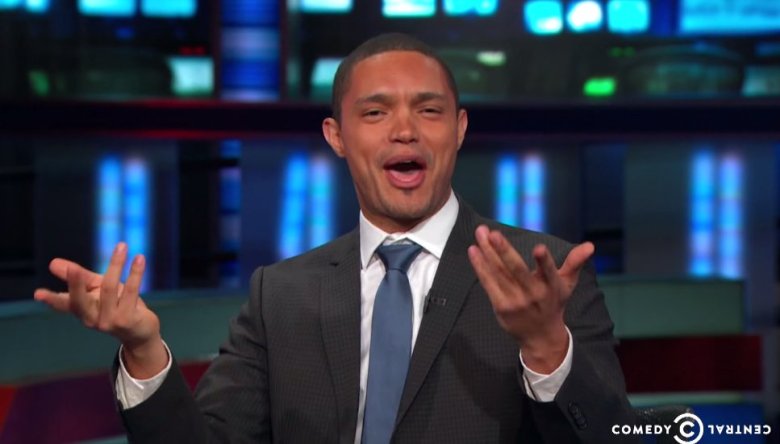 Comedy Central is on the cusp of a major turning point: the relaunch of “The Daily Show,” with Trevor Noah as host. But according to President of Content Development and Original Programming Kent Alterman, Noah and the “Daily Show” team will have plenty of time to evolve this new iteration of the show. Why? Because that’s how he approaches all of Comedy Central’s late night programming, including “The Nightly Show with Larry Wilmore” and “@midnight.”

READ MORE: ‘The Late Show With Stephen Colbert’ Week 1 Review: Can He Be America’s ‘New Liver’?

Why is evolution important to crafting great television, and how is Comedy Central itself also evolving to fit into an increasingly digital world? Indiewire got Alterman on the phone to find out.

For you, what’s been the key factor when looking at building out Comedy Central’s late night brand?

When I got here, we had “The Daily Show” and “The Colbert Report,” and I would say the first step was we started thinking about expanding late night in terms of the real estate of original programming, and there were various reasons for that. Just from an advertiser standpoint, those shows really have value that kind of transcends ratings, and that real estate is really valuable, so we saw a real opportunity to expand the real estate to the midnight spot.

We also saw that there was an opportunity to do a late night show and stake out some territory that no one else was staking out, which was what appealed to us the most. In an ever-changing and rapidly evolving social media and internet landscape, we saw an opportunity to create a franchise where — instead of having social media aspects — what if we had a show where social media was an intrinsic part of the content and currency of the show in a more organic way? That’s where “@midnight” came from. 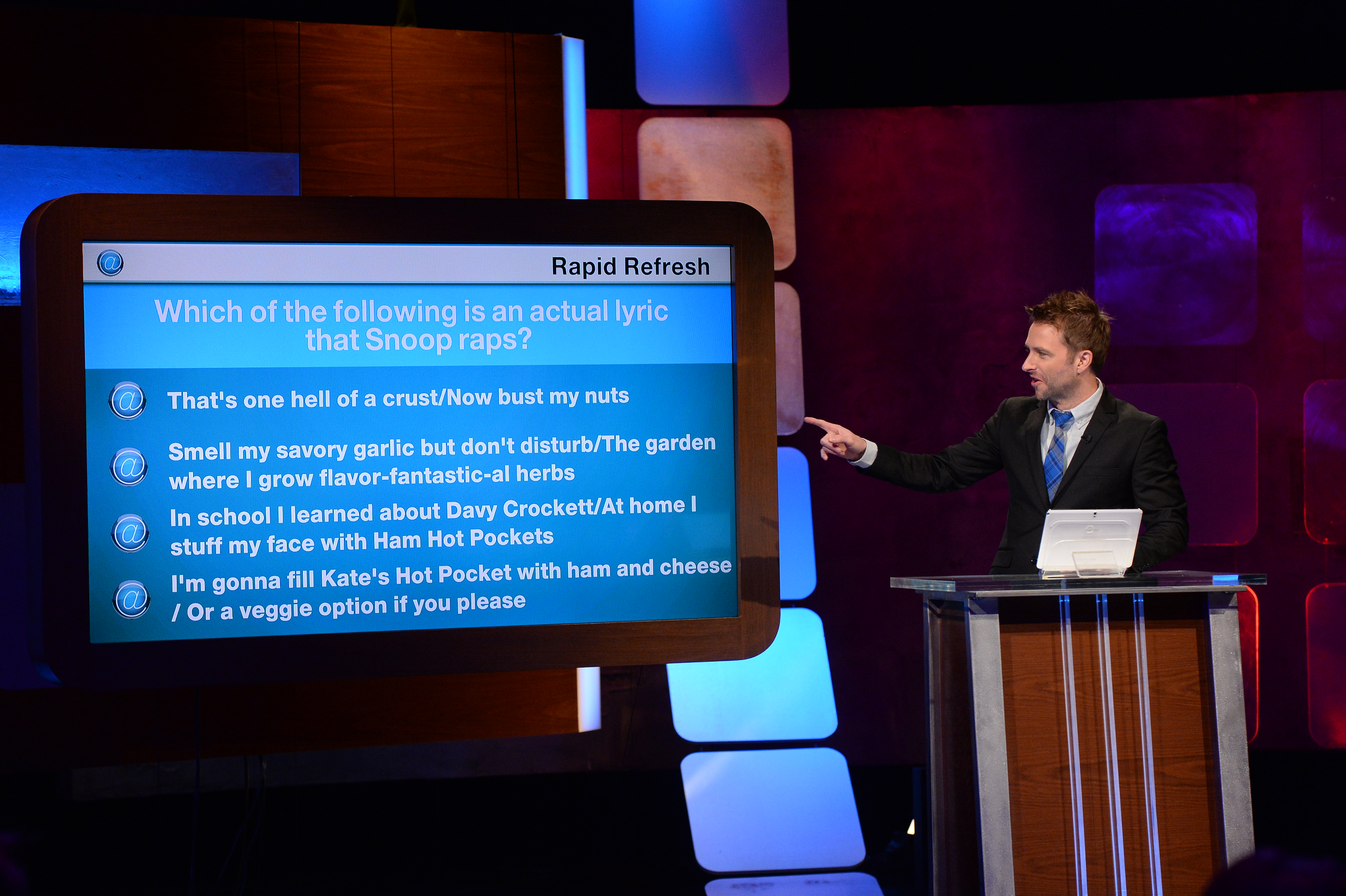 What excites you most about incorporating that digital component?

It feels like it’s being responsive to the world we live in. It’s meeting our audience on their terms. It’s meeting our audience where their natural consumption exists. It’s multi-platformed. It’s having content and engagement with them that transcends just the half-hour that the show is on the air. In the case of “@midnight,” it uses the currency of social media, where people are already engaging with social media so if there’s something on social media, it actually become part of the content of our show in a very intrinsic way. The show has also been really adept at creating stuff that has organically catalyzed with what’s happening with social media. For example, “@midnight” has this thing every night called “Hashtag Wars” and it’s been a trending topic every single night it broadcasts. It’s never missed being a top-trending topic. It’s exciting to have something that organically connects to the way our audience is consuming content and engaging with content and each other.

When I’ve talked to other people in the late night scene, they’ve talked about liking the digital element, but wanting it to be an addendum to watching the actual full show. I know people who don’t watch “@midnight” but do participate in Hashtag Wars, just because it’s fun. Does that audience — which knows about “@midnight” but doesn’t actually watch the show — bother you at all?

How do you see digital distribution fitting into what Comedy Central is doing going forward in the future?

I think we’re doing more and more of it, and we really try to approach it in a very organic, intrinsic way. With “@midnight,” we installed a digital production pod whose sole purpose is to integrate the show and generate material that goes out on different platforms. It’s a way that the show can reach people in ways that transcend the half hour that it’s on the air. So far they’ve been really prevailing and generating more than 20 pieces of content on various platforms each week. We’re starting to use that kind of model on other shows. “The Daily Show” is going to evolve in a more multi-platform way as well, and we have new shows coming. We have one called “Not Safe with Nikki Glaser,” and we’re already approaching that show where there’s a built-in multi-platform discipline integrated into the show itself. I think more and more we’re doing that.

I wanted to talk a little bit about “The Nightly Show.” Like any show, it takes a little time to get going, and I’m wondering how you’re feeling about it six months in.

I think every show takes a while to evolve and find itself, and I think any good show, especially, takes time. I think if any show launches in its fully matured form, that’s not necessarily a good sign because it won’t necessarily keep evolving, and I think the best shows do evolve. If you look at when John Stewart came into “The Daily Show,” what it was then and what it evolved to is pretty striking. With “The Nightly Show” in particular, I think Larry [Wilmore] and the creative team have done a good job of continuing to define what the show is, and what the point of view of the show is, and what the voice of the show is. I think the more they do that and the more it comes from Larry’s strong point of view, the better it makes the show.

I love what you just said about this concept of evolution. What’s the key to facilitating that?

I think the key thing is that we not only allow it, but encourage it and demand it. It doesn’t matter what show we’re talking about or what talent we’re talking about, the more that what they’re putting out there is driven by their strong point of view and their voice, the more pure it is, and the stronger it is, the more effective it is. In a way, that’s what we’re doing more than anything. We’re never trying to push talent in some arbitrary direction that we think is great. It’s always about pushing more toward them finding their voice and making their point of view stronger and stronger and stronger.

It seems like a process that could take years.

I think that every show and their talent has their own personal process and clock. So as long as we always see things moving in the right direction, we feel good about it. There’s no arbitrary time frame or clock on things in that regard.

Is this concept something very specific to the genre of late night television shows?

No, I think that it’s universal to anything creative. It doesn’t even matter what medium you’re talking about: music or painting, filmmaking or television. I do think it’s especially true in comedy, but I do think it applies to everything. The more specific the point of view of a creator is, the more likelihood it will resonate with people and the more likelihood it will tap into universal truth, that notion of telling very specific stories to tap into a universal truth.

I think the best comedy is all about truth-telling. It doesn’t just express the stories of whoever is creating and putting it out there, but it’s so much directly about personal reactions to what’s going on in the world. It’s not a big stretch to see that normally, what’s going on in the world, whether you’re talking about politics, culture or social mores, is a potent mixture of absurdity, hypocrisy and the like, so I think what makes the strong point of view in comedy so powerful is that when people are really addressing some universal truth, for the most part addressing hypocrisy, absurdity or discomfort. I think that’s what comedy is.

That seems like part of why mixing news and comedy is such a great combination.

They’re reflecting back all the things that relate to the world of politics.

Here’s an easy question: What do you think the next big trend will be in late night, across the board? 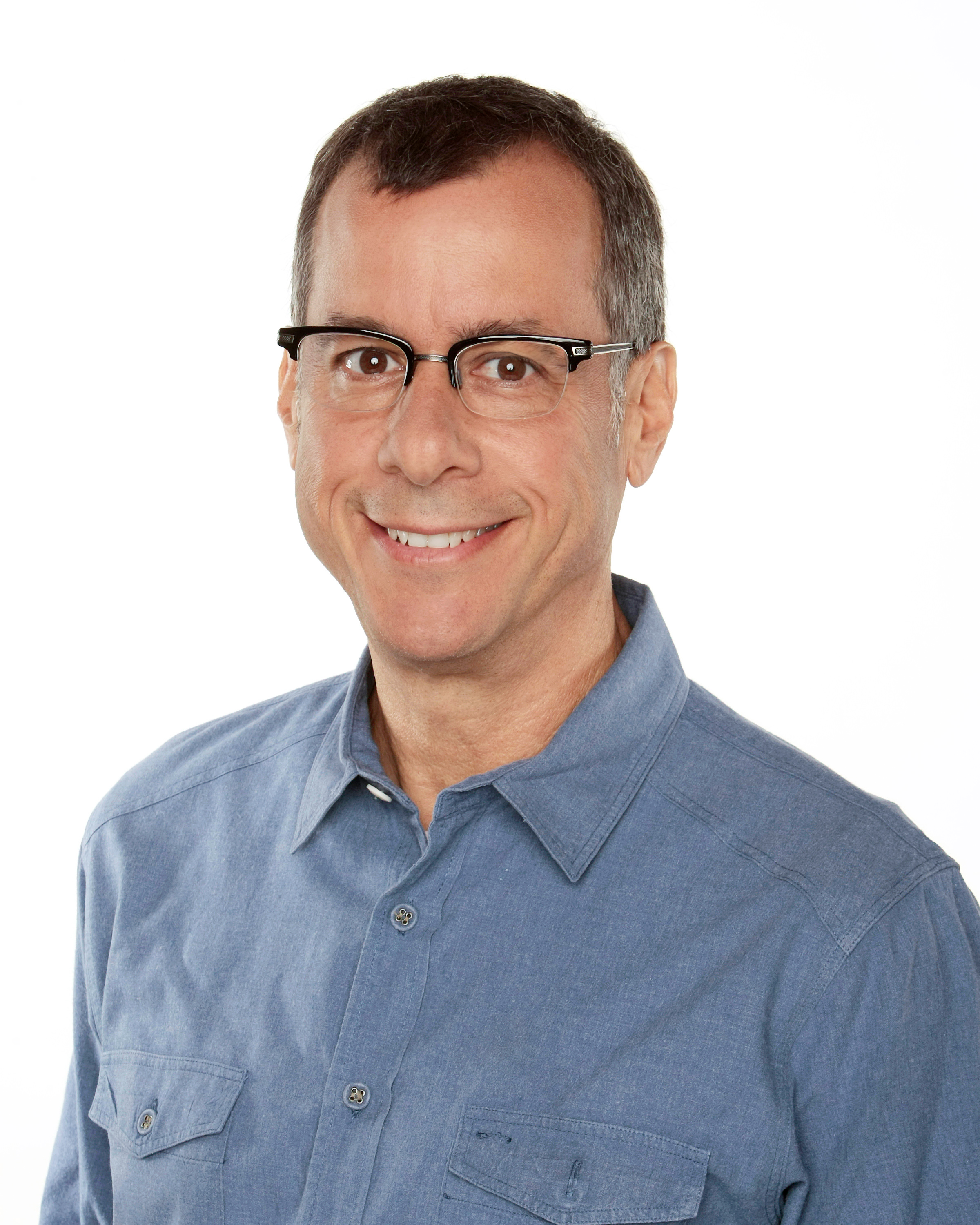 The smartest thing that I could say about the future is that I would never be one to try and predict it.

I have no sense about seeing where the world is going. As much as I try to be thoughtful, I’m mostly just reactive on a day-to-day basis.

What do you think that gets you, in terms of strategizing?

I kind of bungle my way through. I leave it to others to tell me how it’s working.

Is there stuff that you see happening on other networks that you like? That you think is working out really well, specifically in late night?

I think that there’s people out there now, like Jimmy Kimmel and Jimmy Fallon, who have been really smart about creating content and generating content that is innate to social platforms. They put them together under the show, and it’s a kind of chicken and egg thing that I think is smart. You could make the argument that they’re creating a show every night and then taking elements of that show and disseminating them across various platforms; but you could conversely say that what they’re doing is creating all this content that’s made to be disseminated across these platforms and then they compile it into the broadcast at night. I think the fact that you could see it either way with plausibility shows a smart way of evolving their shows.

Do you think late night TV works outside of the late night context? Would it work if it were in the middle of the day?

In the grand scheme of things, looking back over your years, what does late night television mean to you as a viewer and a consumer?

My first thought is that it makes me realize how old I am because my earliest memories of late night are sitting at the foot of my parent’s bed watching Johnny Carson every night. I was totally hooked into it. The next revelation for me was David Letterman taking it to a whole other level. Personally, I have these great, deep roots with late night that really resonate, being someone who’s always been interested in politics and the world from that entry point of what the comedic take is day to day. To try and laugh at, at the least, and process, at the most, the world means a lot to me.

This Article is related to: Television and tagged Comedy Central, The Daily Show, The Nightly Show, Trevor Noah