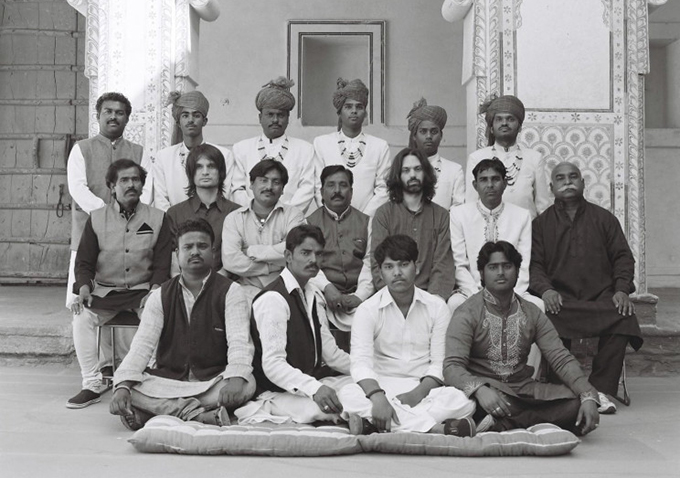 MUBI has just announced that the latest film from Paul Thomas Anderson, “Junun,” will have its exclusive worldwide release via their subscription-based streaming platform. The film will debut at the New York Film Festival on October 8 before being available online on MUBI in more than 200 territories the following day.

“Junun” is a slight change of pace for the acclaimed filmmaker behind “There Will Be Blood” and “Inherent Vice.” The documentary, which runs a mere 54 minutes, was made in collaboration with Jonny Greenwood, the guitarist of Radiohead who scored Anderson’s last three films, and Israeli musician, composer and poet Shye Ben Tzur while on a trip to Rajasthan in North-Western India. The trio were welcomed by the Maharaja of Jodhpur at the 15th-century Mehrangarh Fort, where they assembled a makeshift studio and worked with a group of Indian musicians. “Junun,” which translates to “the madness of love,” depicts the resulting artistic collaboration over the three week stay.
In response to the announcement, Anderson said, “We’re huge fans of MUBI and wanted to be a part of what they do. Hopefully people will discover both the music that’s been made by Shye and Jonny and a great place to watch films.”
“The founding vision of MUBI was to build a place where a director such as Paul Thomas Anderson could premiere a unique film like ‘Junun,'” ADDED Efe Cakarel, the founder and CEO of MUBI. “To be here today is not only an honor and a significant milestone but a realization of everything we dreamed of in the beginning.”
The VOD service MUBI, which launched in 2007, offers a constantly rotating curated list of 30 movies to its online audiences. Acquiring “Junun” is another huge move for MUBI, which announced a multi-year licensing agreement with Paramount Pictures earlier this month.
READ MORE: 53rd New York Film Festival Lineup to Include ‘Son of Saul,’ Paul Thomas Anderson’s New Secret Doc and More