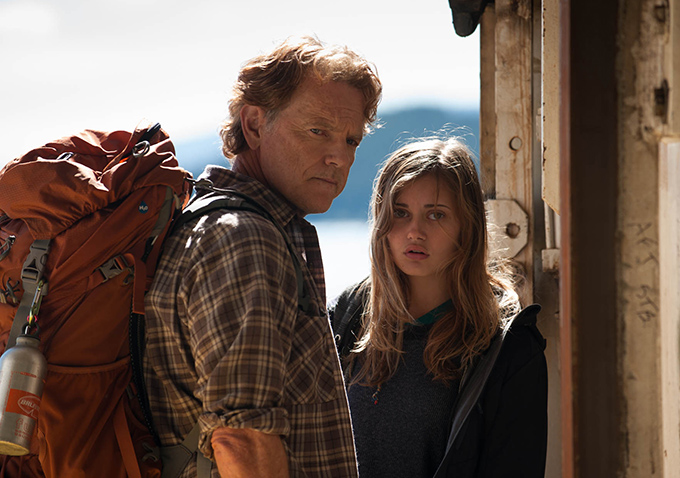 READ MORE: Here’s How This First-Time Director Got Into 100 Festivals

Indie producer-turned-filmmaker Frank Hall Green has had one hell of a film festival run. After premiering his debut feature, Ella Purnell- and Bruce Greenwood-starring “Wildlike” at the Hamptons International Film Festival in October of last year, Hall has gone on to screen his film at over 150 festivals, racking up the awards along the way. It wasn’t exactly Hall’s plan to have such a prodigious trip around the film festival circuit, but it’s one that has paid off in spades: “Wildlike” is now bound for a theatrical and On Demand release with a number of awards already under its belt.

The film follows troubled teen Mackenzie (Purnell), who trades one dangerous experience for another when she runs away from her uncle’s home in Alaska, bound for her mother’s house in Seattle. Already distraught over what happened with her uncle (Brian Geraghty), Ella walks right into the tangled Alaskan wilderness, unable to find her way out. That’s when she meets Rene Bartlett (Greenwood), a solitary backpacker with troubles of his own. The two eventually come to a necessary companionship, and they begin to make their way out of the forest (both literal and figurative) together.

“Wildlike” will be available in theaters and On Demand on Friday, September 25. Read more from Hall himself below.

I grew up an artist, drawing and painting, and when I got out of college, I ended up going into business. I got a great business startup education, so when I decided to go back and get a graduate degree in film at NYU, I had these unique skills to be able to budget and raise money and logistically put together projects from the ground up and everyone wanted me to produce. It very quickly became apparent that, in the independent film world, being able to launch your own projects would be a great asset, and it has been a great asset.

I made a lot of short films at NYU as writer and director, sort of cut my teeth, made mistakes and learned along the way. Finally it came time to say, “okay, this is going to be my baby,” and put all that effort into one movie.

By the time I got around to making my first feature, I knew I wanted it to have a message and tackle an issue. The central issue of the movie was something I wanted to address for a long time. It’s something that I had first come across as a teenager, I knew someone who had revealed to me their intimate story. My eyes were opened, and then I just saw it more and more, I came across more people. I knew someone who worked with predators coming out of prison.

What I had in mind [for casting] is that I really wanted to have actors who I had seen portray a sort of natural tone and performance that I wanted to emulate in “Wildlike.” I wanted to see a movie or work that they had done that showed that they understood that or had worked in that genre. I also wanted actors who were sort of in the right zone of coming up and becoming more popular and would be approachable.

I was on a casting trip a year and a half to two years before we shot the movie, looking for the lead girl and was not finding what I was looking for. I went back to my hotel and rented “Never Let Me Go,” and I saw Ella in that movie. She plays a young version of Keira Knightley in the first 20 minutes, and within minutes of seeing her, she has this incredible presence. She’s obviously gorgeous, which I thought actually was a negative with what I was looking for, but she was just able hold the screen in this really interesting way. So compelling. I thought that maybe this was the perfect person, and I called up the agent on the spot.

I had one experience with a short I did where we saw literally a hundred young women, and the very last person to come in the room was that “aha” moment. I’d had that happen before, so I was hoping that it was going to happen with “Wildlike.” Just serendipity. It worked. And then serendipity that she and Bruce got along so fabulously and worked together so well.

I actually didn’t know Bruce’s work as well as I know it now. He was brought to my attention, and they said, “you should really look at Bruce Greenwood.” The more I researched, the more I found he really does have that background I described – he got his start in Atom Egoyan’s films, which are wonderful, beautiful independent art films. He had recently returned to independent films, so he could work at the level and the capacity and understanding and sort of natural restraint that I was looking for.

I would like to tell you that we slogged over mountains [during shooting] and it was so difficult, but… You try shooting in New York City, and it’s not very friendly, either. Coming out of New York, and being a fan of the outdoors, I was in some ways looking forward to it. Wearing my producer hat while I was writing the script, I was sort of thinking, well, okay, two characters primarily, and then we go out on this journey, and we just follow her on this journey from place to place, with a crew as small as possible. And that’s the movie, that’s really what we did. That said, we prepped quite a great deal. 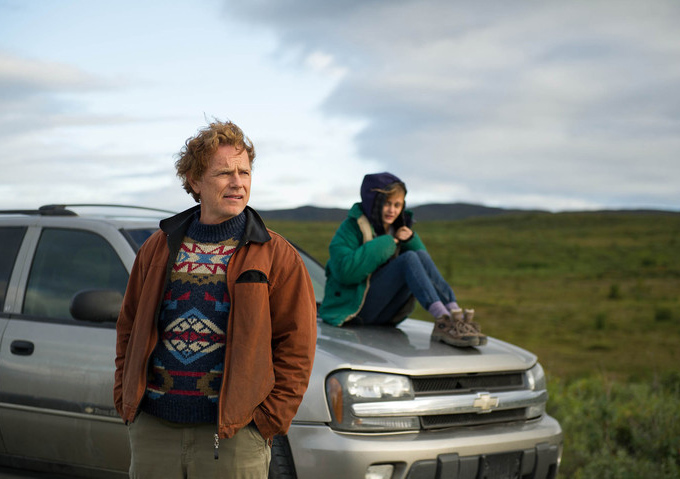 The last part that made it really easy was that we had terrific weather. We shot in August into September, we had one day that started raining unexpectedly, and we said, “Well, let’s go shoot that tent scene that we wanted rain in.” So that was perfect. Then we got down to Juneau, it’s always raining in Juneau, they don’t even know that the sun exists there, and we got that part done, too. We just got very lucky.

The crew was filtered to make sure that they were up for going to Alaska. That they owned hiking boots, they knew what it meant if we said “bring rain gear.” They had a great time.

Originally, like all independent films, we wanted to just launch at Toronto and have the film be bought and then we’d be done with it, and everything would just be a dream. That happens to so, so few films. A lot of the big festivals really loved the movie, and I felt honored that they did. We ended up debuting at the Hamptons Film Festival, which we love and is a great U.S. fest. At that time, I sort of had a feeling of, “hey, I really want to prove this movie.” Maybe the best way to get that is talking to festivals and seeing how we can get it out there.

I know we passed 150 film festivals awhile back, we’re getting pretty far past that now, and it’s still going. We just won our forty-sixth Best Film award. We’re all just running with it now. I don’t think I would have had this wonderful festival experience had we launched at Toronto and just sold it to whoever and walked away.

I have all hopes in our On Demand platform. I think it’s the future. I think that the model that’s working now, with the day and date release, is the way of the future. I love going to the cinema, I think people always will, and I hope they do, but I think the model we have is perfect for right now.

This Article is related to: Features and tagged Indiewire Springboard, Interviews, Wildlike