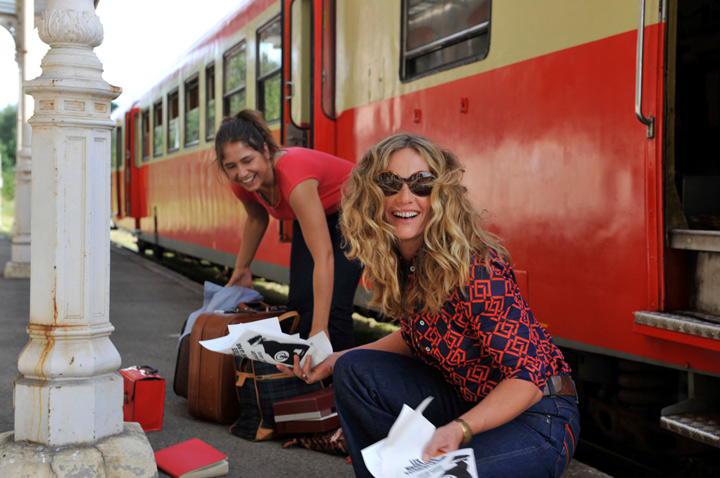 French filmmaker Catherine Corsini’s “Summertime” (“La Belle Saison”) finds a young, provincial woman falling for an older intellectual, while grappling with the means of expressing her identity, sexual or otherwise. The film mostly unfolds in 1971, against the backdrop of the burgeoning feminist movement, and achieves a fusion of sensuality, tenderness and soul-searching.

Strand Releasing has acquired North American rights to Catherine Corsini’s “Summertime” ahead of its North American premiere at TIFF on September 13, Variety announced earlier today. The film was released in France on August 19 under its original title “La Belle Saison,” where it grossed €1.5 million at the box office, enough to attract the attention of distributor Stand for a U.S. release.

The film tells the story of Delphine (Izïa Higelin) and Carole (Cécile de France), two women who meet in the Parisian feminist movement in 1971 and fall in love. The social climate of the time creates the backdrop for the film (specifically in regards to LGBT couples) as the pair is split between Delphine’s conservative rural background and the more progressive city of Paris and struggle with their own sexual identities.

“Summertime” has been praised for its realistic portrayal of the struggles LGBT people faced during the era in which the film is set, as well as for the chemistry of its leads in telling a compelling love story. The film premiered at Locarno, where it won the Variety Piazza Grande Award.

Strand is planning a U.S. theatrical release in 2016.

PODCAST: How to Cope With the Massive Toronto Lineup