Toronto: Saoirse Ronan on Why the Real Heart of Her Romantic Drama 'Brooklyn' Isn't What You'd Expect 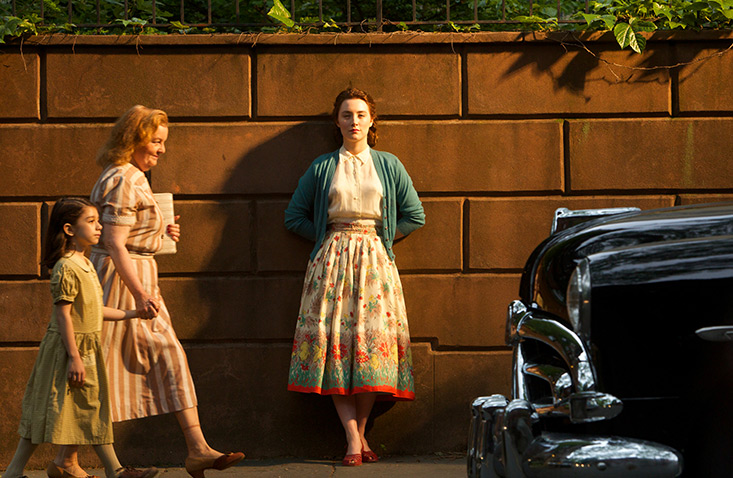 Some things never change — that’s the unexpected lesson of John Crowley’s “Brooklyn,” based on Colm Toibin’s book of the same name with a script by Nick Hornby. Although the film is set in the 1950s, it still feels fresh and timely today, boasting a universality to its story that’s rare in even the most modern of dramas. Featuring a strong cast — including leading lady Saoirse Ronan — the film also has a decidedly feminist edge to it that weaves in neatly alongside a pair of romances that let Ronan try on a very adult part with solid results.

The period drama premiered at Sundance in January, where it was purchased by Fox Searchlight for $9 million. The film will hit theaters in early November, ideally situated for some well-deserved awards love. In “Brooklyn,” Ronan plays Eilis Lacey, a small town Irish girl who moves to America to find a better life. Eilis leaves behind her mother and sister to relocate to Brooklyn, where she struggles to find her place, both at work (a fancy department store) and at home (a boardinghouse populated by a series of wonderfully brassy Irish women). When she meets young Italian plumber Tony (Emory Cohen), her luck starts to change, just as her previously closed heart does, too.

Indiewire spoke to Ronan at the Toronto International Film Festival about the film and why the story hits so close to home. Some spoilers ahead.

Although the film is billed as a romance — and it very much is — there are all these wonderful female relationships within it, too, from Eilis’ mother and sister to the girls in the boardinghouse. Was that something that was attractive for you?

Absolutely, I’m glad you mentioned it, because no one else has been asking me about it. I’ve been trying to get it in. It’s great, we need to see more films where there is female interaction and it’s classed as entertainment and it doesn’t have to resort to something sexual or a competition or whatever. I think one of the things that a lot of journalists and critics and people have seemed to pick up on is there is no cattiness. The girls are snappy in the boardinghouse, but you’re all kind of in it together, and we all have dinner together.

Really, for me, what I’ve experienced over the last couple of years is that the women in my life have been the ones who are helping me become the woman I will be one day, the kind of wisdom that they’ve passed on to me. Just little things, just small little things — my auntie Margaret, my mom, my auntie who is like ninety years old  — all these incredible women in my life, they’re the ones who have been through the same things as me, fundamentally, and help me in what I’m doing. I think that’s a huge part, I think that’s the real heart of this actually, Eilis’ relationship with all these different women in her life, they’re really the ones that carry the story through.

By the time she gets to the end of the film, and she meets this young girl, she’s come full circle. She’s taken on the part that Eva [Birthistle] plays at the start. I think that’s so beautiful, and that’s so true. It happens in life, so often you don’t realize how you came full circle. You’re able to look back at things in retrospect and go, “Huh,  I got through, and I’m able to pass this on to somebody else.”

And all those girls in the boardinghouse.

Brilliant! They’re real characters. They’re funny and they add so much color to the film. I can honestly say, you couldn’t — there’s not one weak link in this film. Everyone is brilliant at their part. Yes, it’s Eilis’ story ultimately, but the characters we meet along the way in this film give it so much life and so much color, that you can take such a nuanced script like that, something that’s very subtle and very kind of simple and fill it with those amazing characters. 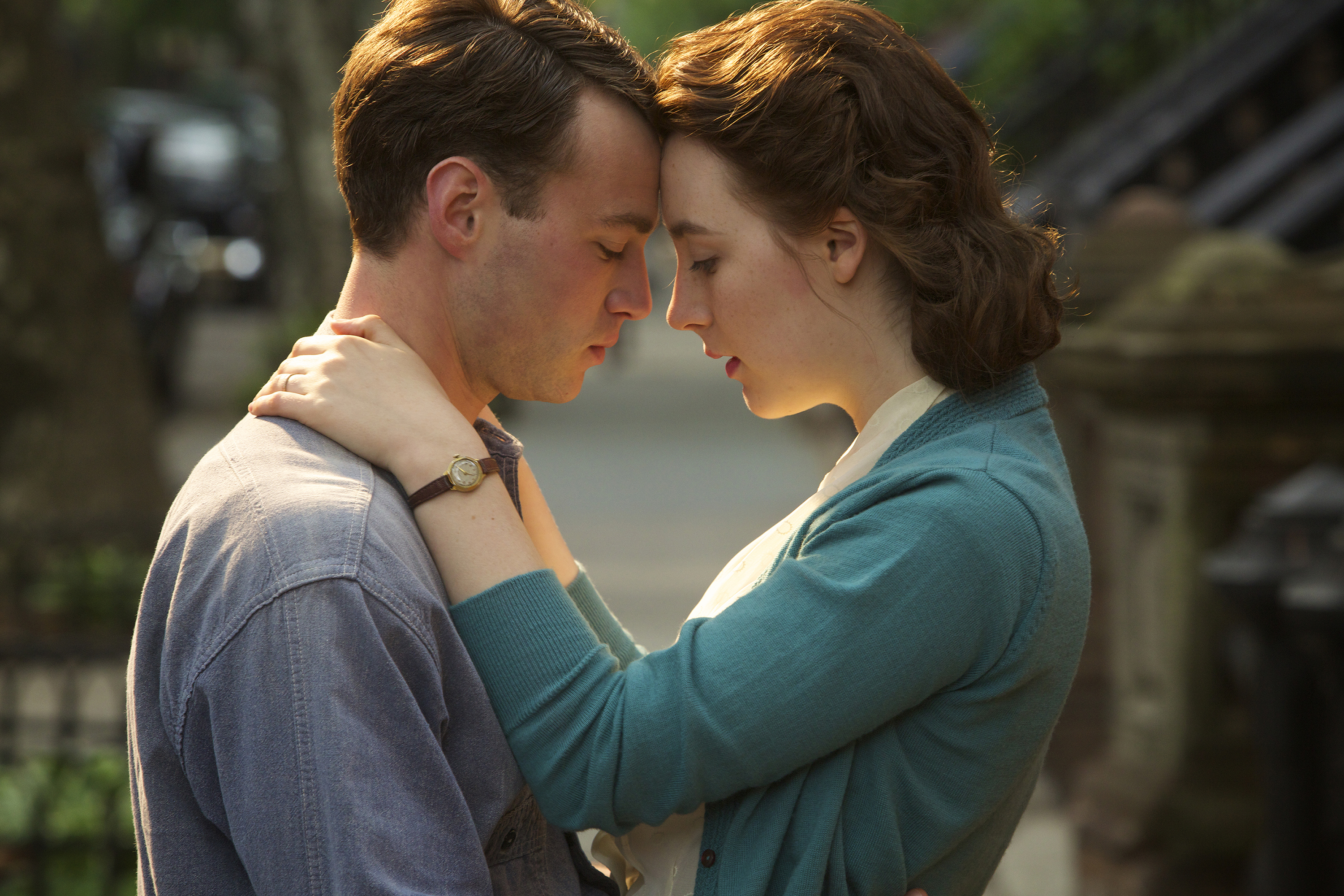 There are so many supporting characters in the film, and even when you spend just a little bit of time with them, you know exactly who they are.

And that’s just a testament to Colm and Nick and John, to be able to balance. One of the things that John really wanted to get, and I was so for this as well, was making sure that the film had a sense of humor, that it wasn’t like a drama. It wasn’t going to be just this period drama about “one girl’s struggle.” It’s so great when you see films that, it’s not like a comedy, but people have a sense of humor in it. That’s how we get through things.

Even though the film is a period piece, one of things that is most striking about it is how relatable it still is. Those emotions and experiences aren’t very different today. Did you relate to that?

I related to everything. Everything. Every single saying, every aspect of what her journey is, I was in the middle of it at that point in my life. Ultimately, I think that it was a good thing, but at the time, it was quite overwhelming. It’s like being faced with a mirror that’s like an inch from your face and you can’t look away. But it was really terrific.

To have my mom as well, to speak to her about her journey and when her and my dad moved over there, what that was like for them. [Ronan’s parents moved back to Ireland from New York when she was three.] Her opinion meant more to me than anyone else’s. I’m gonna cry. When she saw the film at Sundance, I just went up to her straightaway after — it was like a rom-com. I jumped up off the stage and ran to my mom and hugged her. And she said, “You’ve just got it. You’ve got exactly that fear and that excitement.” As soon as you move out of the place you grew up, it’s like, “Shit, I’m on my own now. I’ve got to rely on myself.” It’s a big thing. It’s a big thing. 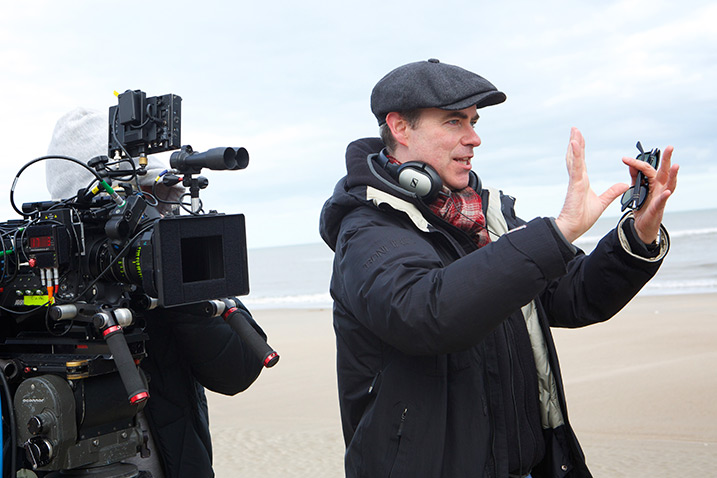 When Eilis goes back to Ireland, you can also see why she’s conflicted by the experience.

They do try to suck her back in, but it had so much to offer. When they go to the beach, she remembers how beautiful her country is, and that security, in a way — I’ll never get it as much anywhere else as I do in Ireland — the security of being at home, not having to think about anything. She’s with the people she’s grown up with, there’s a real attraction to that, and I totally get that.

When she goes back to Ireland, she has to decide whether to stay or go back to New York City, and you get the sense that it really could go either way.

That’s the kind of un-Hollywood thing about this film. John said it to me in rehearsals before we started, and it will always stick with me, and it’s ultimately how this film is about a girl having such a journey that, at the end, she’s a woman, and she’s been faced with two choices and it’s up to her to make that choice for herself. And not one choice or the other is going to be better or worse. It’s not like going to America was the absolute right choice. We’ll never know, and that’s what I love about it. It was just more the fact that she made the decision, that this time it was her that made the decision.

I hope that when women go and see it, that they kind of feel a bit empowered by that and go, “Right, I’ve been through that, too, and I’m proud that I was able to go through that and make that decision myself.”