Watch: Blood Boils and Violence Erupts in Exclusive NSFW 'I Am Gangster' Trailer 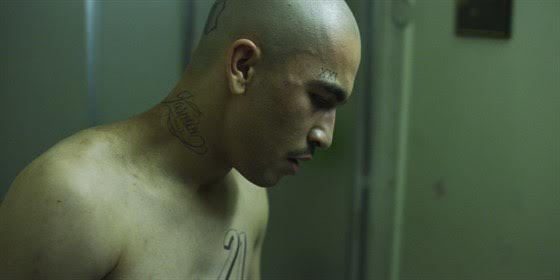 Taking a page out of the “Traffic” playbook, writer-director Moritz Rechenberg’s “I Am Gangster” weaves together multiple stories of urban life to paint an effective portrait of American gang life. The drama tells three parallel stories about Latino men and women trying to survive on the streets of Los Angeles, and its scope focuses on a rebellious teenager, a hardcore gang member and an idealistic cop.

The film’s official synopsis reads: “David is an idealistic correctional officer able to keep his family safe. When he has to deal with excessive use-of-force incidents at the jail, David’s own moral code is challenged, forcing him to make a fateful decision between the lesser of two evils. At the same time, hardcore gang member Lito seeks retaliation for the shooting of a fellow gang member by the police, but gang matriarch Tia refuses to let him do so. When she also rejects his push for more responsibility in the organization, a defiant Lito starts seeking more power on his own. Meanwhile, rebellious teenager Rio faces pressure at home and bullies at school when he runs into Chavo, an old gangster friend from childhood. With nothing to hold him back, Rio sympathizes with gang life but soon has to deal with his own guilt over a tragic death.”

The drama will have its world premiere at the 2015 Tallgrass Film Festival next month. Watch the exclusive trailer above.

This Article is related to: News and tagged Trailers