Watch: Exclusive 'Full Contact' Clip and Poster Will See Into Your Soul

David Verbeek’s film “Full Contact” highlights the story of a drone operator who tries to deal with his guilt after an airstrike goes wrong. It is an unsettling look at a modern man caught in a puzzle that may or may not be of his own making.

The official film synopsis reads: “‘Full Contact’ drills into the world — and deep into the psyche — of a drone navigator who, from his base in the Nevada desert, conducts surgical missile strikes against targets in Afghanistan and Pakistan. Maintaining a distance from his targets that is psychological as well as geographic, Ivan (Grégoire Colin) walks away from these daily missions and spends his off-hours in strip clubs. Until, one day, he hits the wrong location, triggering within him a wave of guilt that sends him reeling into the arms of both a military psychologist and a Vegas stripper. But this is just the start of a psychic odyssey that is unpredictable, moving, and illuminating.”

Watch the exclusive clip from the film above, and check out the poster below. The film makes its world premiere at the Toronto International Film Festival later today. 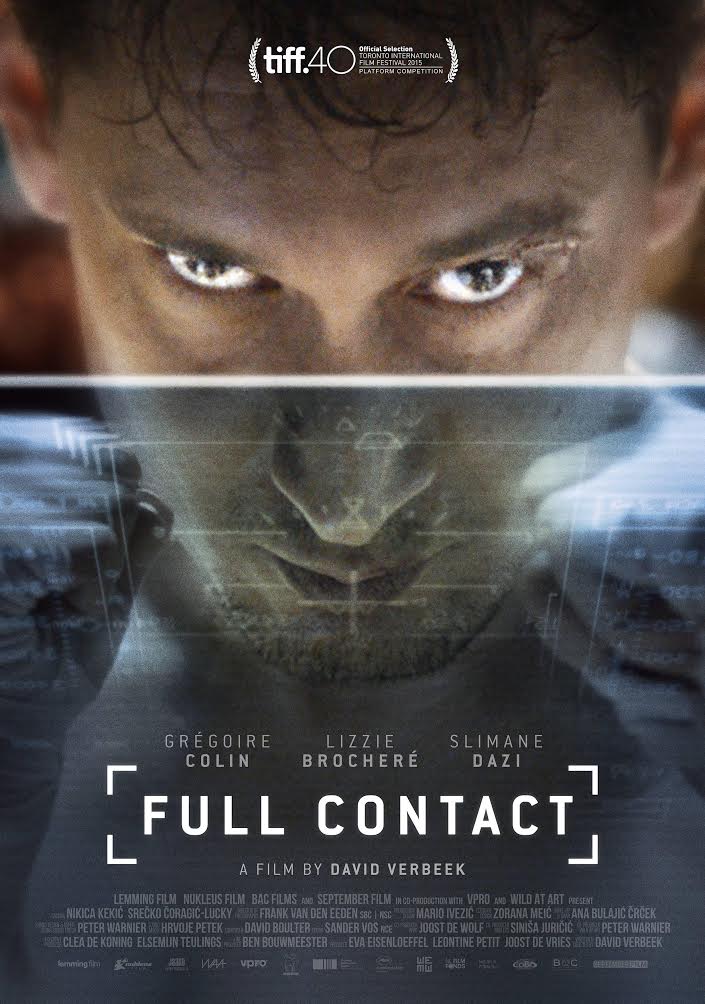 This Article is related to: News and tagged Clips, Exclusive, Posters, TIFF, TIFF 2015