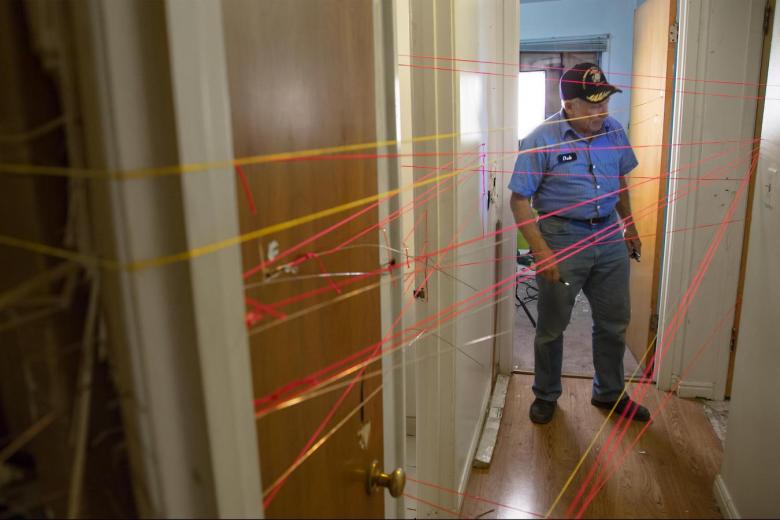 READ MORE: Watch: ‘Peace Officer’ Trailer Warns of Heartbreaking Effects of Militarized Police
The latest chilling look at “Peace Officer,” the new documentary about the increasingly militarized state of American police forces, begins with an all-too-familiar police report of a violent incident between six officers and one suspect.
In the clip above, co-directors Scott Christopherson and Brad Barber provide us with an intimate conversation with the suspect’s father, who vouches for his son and reveals that the six SWAT team members arrived unannounced and undercover. The honest and heartbreaking clip tackles a complicated issue with deadly consequences and raises pressing questions over the militarization of those who are meant to protect and serve.
“Peace Officer” earned rave reviews at South by Southwest earlier this year, winning both the Grand Jury Prize and the Audience Award for Documentary Feature.
Watch the exclusive clip above. The film debuts at the IFC Center in New York City on September 16 and at the Nuart Theater in Los Angeles on September 18.

This Article is related to: News and tagged Documentary, Peace Officer