Watch: Kiefer and Donald Sutherland Go Back to the Old West in 'Forsaken' Clip 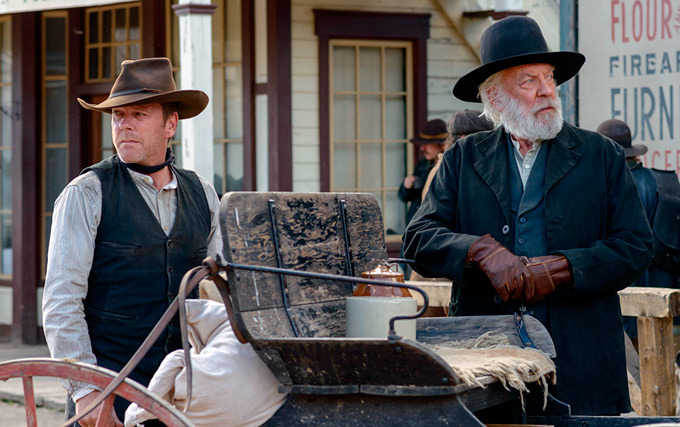 Read More: The 2015 Indiewire TIFF Bible: All the Reviews, Interviews and News Posted During The Festival

The legendary Donald and Kiefer Sutherland are on screen together for the first time in the new clip from “Forsaken.” The film looks to be a very old-school Western, complete with ten gallon hats and swinging saloon doors that stylistically pay homage to the classics.

The clip features Donald as Reverend William Clayton, father to Kiefer’s John Henry, who returns home after apparently making quite a legend of himself as a gunslinger. Based on the cold reception he receives as he makes his way around town on an errand for the Reverend, it looks like not everyone in town is a fan of John Henry.

The film’s official TIFF synopsis reads: “Kiefer and Donald Sutherland share the screen in this brooding Western about an embittered gunslinger who attempts to make amends with his estranged father whilst their community is besieged by ruthless land-grabbers.”

The film will premiere at TIFF on September 16. Watch the clip above.