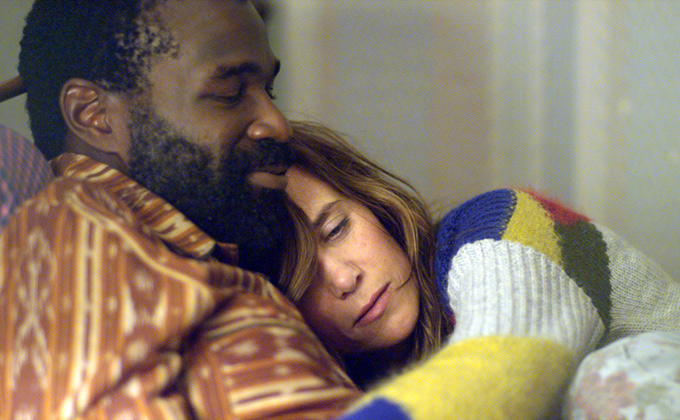 A heartwarming and horrifying trailer has been released for Sebastian Silva’s latest film, “Nasty Baby.” The movie, which shocked audiences at Sundance, also stars the director as Freddy, a man who desperately wants to have a child with his boyfriend (played by Tunde Adebimpe) by using his best friend Polly (Kristen Wiig) as a surrogate.

The trailer begins with Freddy finding out his sperm count is too low to have a child. The three potential parents then debate whether or not Mo will take Freddy’s place as the biological father, while also remembering why it is they wanted a child to begin with. What starts as a saccharine tale of a gay couple trying to have a child quickly descends to unexpected levels of tension and madness. A stranger shows up at Freddy’s door to question him. Blood is smeared across the floor. Something is burned in the woods in the dead of night. As the “Nasty Baby” title comes across the screen, we hear faint moans, unable to tell if they are of ecstasy or agony.

“Nasty Baby” will be released in select theaters starting October 23 and will be available On Demand on October 30. Watch the trailer above.