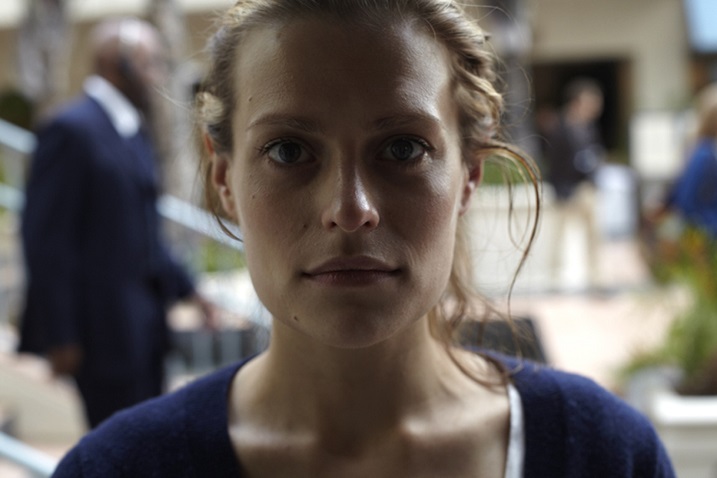 READ MORE: Chicken & Egg Pictures: The Force Behind Women Directed Documentaries at Sundance and Beyond

When Chicken & Egg Pictures founders Julie Parker Benello, Wendy Ettinger and Judith Helfand started their non-profit organization in 2005, it was with one simple aim: To provide both help and a home for women non-fiction filmmakers in need of that extra push to make their projects a reality. Now celebrating its 10th year this month, the film fund has awarded nearly $4 million in grants and spent more than 5,200 hours of mentorship to bolster over 190 films. The organization continues to roll out new initiatives that serve their multi-pronged approach, along with their true desire to “incubate and hatch all at once.”

From the beginning, the founders were compelled by the idea that they could make a real difference for filmmakers who found themselves at a critical juncture.

“It was pretty clear that there were lots of women that we knew who were in these unique — or maybe not-so-unique — chicken and egg scenarios with their filmmaking and their career,” Helfand recently told Indiewire during a conference call with all three founders. “They had a great idea, but they really didn’t have the money or the ability to really take their idea and get it to a trailer or get it to place where they could share it with everyone. If you don’t have the idea, you need the trailer, but how do you get the trailer if you don’t have the money to go out and do the research and the development? How do you jumpstart that part of it if you don’t have the resources to invest in yourself?”

“When we started, there was no catapult, there were no places that you could really go to and say, ‘Here is my idea, can I have development money?’ unless you were already in that nest, so to speak,” Helfand continued. Chicken & Egg, it seemed, could fill that need, and with the added caveat of bringing community into the mix. “We never wanted to just give anybody a grant, because nobody needs just a grant,” Helfand said. “They need connections, they need creative consultation, they need introductions, they need a safe place to fail and flail.”

“It was very, very personal in terms of wanting to create a community and a support network and a real place for people to hone their craft, as well,” Ettinger added. 10 years into the endeavor, they’ve done just that with nearly 200 films, but here are 10 that really made a difference, both for the filmmaking community at large and the Chicken & Egg team in particular.

“Our very, very first film, it was a film that we found at one of these residencies. It was a very small movie, someone had done it as a graduate student, and it felt like there was all this material that she probably hadn’t been able to utilize. When we dug a little deeper, we found that she had edited the entire thing on her laptop by herself,” Helfand said. “We had this sense that if she actually made it a little more personal, it would be a much, much better film.”

The Bernadine Mellis documentary traces the story of a group of activists who battled the U.S. government following environmental activist Judi Bari’s arrest in 1990. The story was a personal one for Mellis, as her own father served as Bari’s attorney during the ordeal. The film was a prime pick of Chicken & Egg’s first project, a true game-changer that even Mellis couldn’t quite comprehend originally.

“We said, if someone was to offer you $25,000 and a chance to work with a really good high quality editor, would you ever consider opening your movie up?,” Helfand remembered. “And she looked at us and said, ‘Well, who would do such a thing? Are you crazy? How would that happen?'”

Meg McLagan and Daria Sommers’ “Lioness” follows five of the first wave of female American soldiers to see direct combat as part of a brand-new initiative by the U.S. Army. The film’s subject matter was revolutionary, and so was the final film itself.

“In 2005, no one was solely funding women filmmakers, and no one was combining the funding women filmmakers with outreach. ‘Lioness’ was the first of our films to reach Capitol Hill, and one that felt very collaborative with our partners in the field, Fledgling and Impact Partners. In fact, we all shared offices as we all started out,” Ettinger remembered. “It was just remarkable.”

“When we started, we were incredibly nimble. We didn’t have an open call, we were looking for projects that we knew were at a critical chicken and egg moment, where we could be incredibly helpful and resourceful, where we could experiment with what it would be like to say to someone, literally, ‘I believe in you, here’s $10,000 or $20,000 and access to this editor that we think would be a great person for you to work with,'” Helfand said.

One of those projects was Cynthia Wade’s “Freeheld,” the first Chicken & Egg project to win an Oscar (it picked up Best Documentary Short Subject at the 2008 ceremony). The 40-minute feature recently inspired the dramatic feature starring Julianne Moore and Ellen Page, which Wade also produced.

After their third year, the Chicken & Egg team changed their strategy for finding filmmakers a bit. “We moved to the open call, so truly, any woman filmmaker could apply to us online, so then the process was democratized,” Parker Benello said. One of those open call films was Rachel Libert and Tony Hardman’s stirring “Semper Fi: Always Faithful,” which tells the story of Marine Corps drill instructor Jerry Ensminger, who goes looking for answers when his nine-year-old daughter dies of leukemia. What he discovered not only changed his life, but led to actual policy change in the form of the Honoring America’s Veterans and Caring for Camp Lejeune Families Act.

“I feel like it’s an amazing film and also led to concrete policy change, so that’s probably the one I feel most connected to and most proud of,” Parker Benello explained.

A major hit on the festival circuit, Geeta V. Patel and Ravi V. Patel’s charming “Meet the Patels” is bound for a feature retelling, thanks to Fox Searchlight. A lively combination of animation and live-action, the family-centric story is a flinty combination of creative documentary storytelling and commercial charm.

Malika Zouhali-Worrall and Katherine Fairfax Wright’s documentary opened auspiciously: With a world premiere at the 2012 Berlin Film Festival. Since then, the film has screened at another 200+ festivals, won 20 awards and been translated into eight languages. Much like “Semper Fi: Always Faithful” and “Lioness,” the film has inspired both political and social change. The sensitive look inside the crusade of David Kato, Uganda’s first openly gay man, and retired Anglican Bishop Christopher Senyonjo against Uganda’s rigid anti-homosexuality laws is emotional, insightful and ultimately inspiring.

UN Secretary General Ban Ki-moon publicly stated after seeing the film: “The hardest work is done by local activists like those you will see in this film. I am proud to join in this great human rights cause.”

“We were their first official grant, and we worked really, really, really closely with them. That movie inspired us to fund seven other films about reproductive justice, and to really create a co-hort of films that could really tackle the attack on reproductive justice here in the United States and around the world,” Helfand said. “That was an extraordinary experience.”

The Martha Shane and Lana Wilson documentary about the fraught world of third-trimester abortions after the murder of Dr. George Tiller in May 2009 was nominated for awards at Sundance, the Independent Spirt Awards and the Cinema Eye Honors, in addition to earning a spot on the National Board of Review’s best-of list in 2013. The film inspired a new drive in the Chicken & Egg team, who have made films about reproductive justice one of their calling cards.

“At a certain point, we don’t just think about one movie. If you’ve been funding over 100 films, you start thinking about, how does one film build on the next, and how does one story have a catalytic effect with the next story? You start thinking about things from a thematic perspective, a hope that the films kind of talk to each other and you’re funding a conversation between the filmmakers, between the films themselves, as a big body of work, and then society,” Helfand said.

One of those films that fueled a “conversation” between the rest of the Chicken & Egg slate is Oscar nominee Kirby Dick and Amy Ziering’s searing “The Invisible War,” a wrenching look inside the epidemic of rape in the U.S. military.

Chicken & Egg has long helped fund both documentary shorts and feature-length offerings, providing a home for filmmakers of all stripes. Lucy Walker’s exceptionally intimate “The Lion’s Mouth Opens” is one of many shorts that have benefitted from the Chicken & Egg team, a deeply felt look inside actor/writer/director Marianna Palka’s decision to take a medical test to determine if she has the same disease that has ravaged her family.

The Sundance premiere clocked in at a slim 15 minutes (the final version of the film rings in at 27 minutes), but it’s perhaps the most heart-hitting quarter of an hour that Chicken & Egg has ever helped fund.

Ten years on, Parker Benello is pleased with the way things have changed, even as they’ve stayed the same in all the right ways: “We’re still nimble, [but] it’s evolved as time has gone forth.”

As Chicken & Egg Pictures enters its 10th year, the non-profit film fund shows no sign of letting up, continually folding exciting new programs into its already admirable stable of offerings. Just this week, the Chicken & Egg team announced the first 10 participants of its inaugural Accelerator Lab, each of whom are first- or second-time female filmmakers.

The lab looks to deliver the best of Chicken & Egg in one, year-long punch, as explained by Jenni Wolfson, Chicken & Egg Pictures’ Executive Director, who shared, “Our goal is to nurture their talent by providing them with a yearlong creative lab program, a grant of up to $35,000, and a community of women filmmakers who can support and learn from one another.”

Here’s to 10 more years of doing just that.