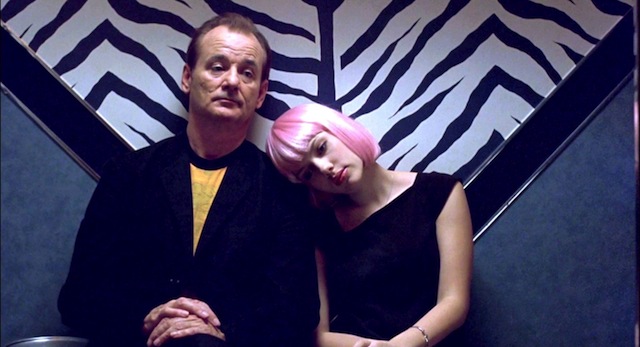 READ MORE: For Your Consideration: 10 Underdog Actors Who Deserve Oscar Attention This Year

In this wildly imaginative, twisted tale of romance, Michel Gondry gives the comedic livewire that is Jim Carrey the rare chance to dial it back. Opposite an equally terrific Kate Winslet, Carrey plunges into the joys and pains of relationships. Together, they play an estranged couple who have each undergone a procedure to erase each other from their memories. After previously displaying his acting capabilities in “The Truman Show,” Carrey once again delivers a nuanced performance as an awkward and lovesick sap looking to not only heal, but to also completely eliminate the wounds from his heart. The role, driven both by a bizarre sense of wonder and an emotional honesty, is perfectly suited to Carrey, whose performance leads the unpredictable film into honest and warm territory.

While Robin Williams proved his serious acting chops in films like “Dead Poet’s Society” and “Good Will Hunting,” Terry Gilliam’s “The Fisher King” might just be his best serious performance. Williams channels his irrepressible and frenetic vitality in an utterly heartbreaking turn as Parry, a homeless man living on the streets of Manhattan. Despite playing a man searching for the Holy Grail, Williams’ character is somewhat jarringly planted in reality. Though the performance is certainly laden with tangents that perfectly fit Williams’ comedic sensibility, Parry is a tragic character. After his wife is murdered, Parry becomes tormented by hallucinations of a Red Knight that roves Manhattan, and he ends up alone and ignored on the streets until Jeff Bridges’ character finds him. Melding darkness and whimsy in miraculous fashion, Robin Williams truly finds the humanity in insanity.

Jerry Lewis, “The King of Comedy”

“The King of Comedy” is one of Scorsese’s darkest and most difficult films to watch, yielding its black comedy from moments of intense discomfort. As the veteran star of comedy Jerry Langford, Jerry Lewis plays a loose interpretation of himself but ditches the slapstick facade to create a genuine, steely character whose detachment helps to deliver an incisive and cutting take on the culture of celebrity. Langford is the target of extreme obsession by a man named Rupert Pupkin, played by an outstanding Robert De Niro. While De Niro shines in an unforgettable performance, it would not have the same effect had Lewis not made Langford shockingly real, imbuing him with both a defensiveness and weariness that catches the viewer off guard.

In the indie that launched a thousand indies, Bill Murray plays a veteran actor who wafts through a trip to Tokyo to shoot a whiskey ad, until he meets a fellow lost soul in Scarlett Johansson. In films like “Rushmore” and “Groundhog Day,” Murray has exhibited his propensity to play irritable and despondent types, but his impressively understated performance opposite the blinding lights of Tokyo might just be his finest role to date. As Bob Harris, he never strays into caricature and truly anchors this rumination on loneliness and alienation. Murray’s wry humor is only apparent in fleeting moments and does not overstay its welcome. The subdued comedy of the performance is complemented by the character’s sadness and fatigue, which characterize the unresolved nature of the film’s ending.

In Robert Redford’s Best Picture-winning directorial debut “Ordinary People,” Mary Tyler Moore delves outside of her comfort zone to play a guarded matriarch, whose outwardly perfect and ordinary life is shattered when her eldest son dies in a boating accident. Playing housewife to Donald Sutherland, Moore hides underneath a carefully crafted mask of harmonious domesticity. Beneath this facade, she molds a layered interior life, growing harsh and cold and struggling to demonstrate her love her youngest child. While the character is not the most likable, she is entirely believable and her difficulty accepting love back into her life ends the film with haunting consequences.

Lightyears away from Michael Scott, Steve Carell is unrecognizable in “Foxcatcher,” painting a chilling portrait of the wrestling-obsessed multi-millionaire John du Pont. Donning a prosthetic nose and heavy makeup, Carell fully disappears into the role of the troubled philanthropist plagued with paranoid schizophrenia. Living an isolated life at a desolate estate, du Pont invites two chosen wrestlers to join him and train for the Olympics. Played with a somber and sinister air and a thin, monotone voice, du Pont fosters an unhealthy relationship with the brothers that slowly builds to a devastating conclusion. After previously displaying his acting range as a suicidal gay man in “Little Miss Sunshine” and an unpleasant stepfather in “The Way, Way Back,” Carell tackles his darkest role yet in “Foxcatcher,” fully breaking from his comedic mold and cementing his reputation as a capable serious actor.

After crafting countless absurd and endearing comic personas on ‘SNL,’ Will Forte left the cast to deliver a wonderfully humble and subdued performance in Alexander Payne’s father-and-son road movie “Nebraska.” While Bruce Dern earned the lion’s share of critical acclaim, Forte’s poignant and measured performance as his frazzled son is no less impressive. Consisting mainly of intimate scenes with Dern, Forte’s grounded work is lined with a tinge of melancholy that sets the tone for the entire film. Playing a character much closer to his own reality, Forte’s tender performance in “Nebraska” is a warm and welcome shift of gears from “MacGruber.”

While Kristen Wiig is best known for her energetic, bombastic and sometimes ridiculous performances on ‘SNL’ and in film, more and more often Wiig has been popping up in independent features to showcase her skills as a dramatic actress. “The Skeleton Twins” is one of Wiig’s finest performances to date, opposite her pal Bill Hader, who proves equally adept at drama. The two play twins who reunite unexpectedly after years of estrangement when they both attempt suicide. Wiig brings a disarming sense of vulnerability and brutal honesty to her performance. The drama does not shy away from comedy (the karaoke scene alone is one of the most laugh-out-loud scenes in either actor’s career), but the performances ring true in every sense and resonate against the serious subject material.

In the 2006 film “Dreamgirls,” Eddie Murphy digs deep to play Jimmy “Thunder” Early, a raucous and electrifying soul singer who eventually falls into depression. Loosely based on singers like James Brown and Marvin Gaye, the supporting role allows Murphy to run rampant until the singer hurtles out of control. After acting in a string of family friendly flops and years of voicing Donkey in “Shrek,” “Dreamgirls” was a much-needed change of pace that revitalized Murphy and let him mine his unique, raw comic abilities in new ways. Alternately manic and magnetic, Murphy’s deeply felt performance yields a very palpable sense of danger.

Jonah Hill unexpectedly became an Oscar nominee after he tackled the role of Peter Brand, the assistant General Manager of the Oakland A’s, in “Moneyball.” Having just delivered a change-up in “Cyrus,” Hill managed to further break out of his comedic box by taking on the role of an entirely normal young adult suddenly thrust into a position of authority for the first time. As Brand, Hill is the brains behind the bravado of Brad Pitt’s Billy Beane, as the tandem brings the A’s unprecedented success due to a staunch adherence to statistics alone. In many ways, Hill’s role alongside the Billy Beane character anticipates the sidekick role of Seth Rogen as Steve Wozniak. Like Rogen in “Steve Jobs,” Hill is, to a certain extent, the moral center of “Moneyball,” and he truly stands out when his character fhas to confront the real-life consequences of his mathematically precise way of managing his baseball team.

READ MORE: 10 Great Movies That Only Became Hits After They Went to Video