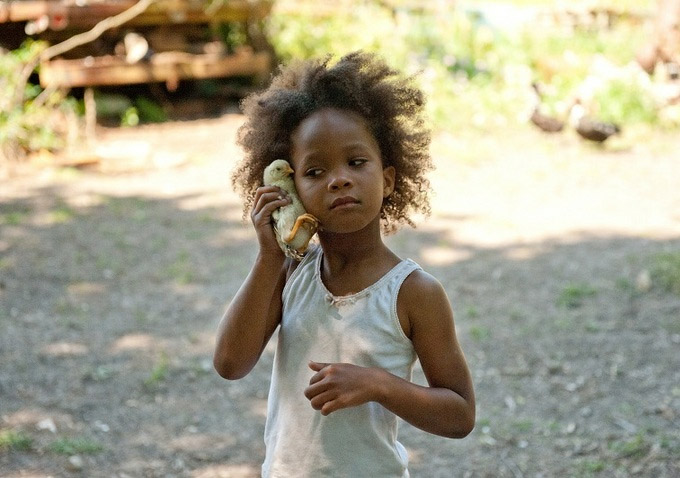 Criminally underseen “Ponette” is one of the most haunting and poignant meditations on death and childhood to ever grace the screen. When four-year-old Ponette’s mother is killed in a car accident, Ponette’s father drops her off at her cousins’ remote cottage in the French countryside. Ponette, stunned and unable to comprehend the magnitude of her loss, begins to ask the big questions. Her inquiring child’s mind is fraught with a grief-stricken child’s philosophy. Director Jacques Doillon cast extraordinary four-year-old Victoire Thivisol as Ponette, who carries the weight of the film on her slight shoulders. Thivisol’s performance displays the soul, nuance and depth of a seasoned actor. Thivisol’s range is incredible: In some heartrending scenes, she tearfully refuses to accept her mother’s death; in others, she playfully navigates the landscape of childhood, with its perennial sense of wonder. Much of the film lives on Ponette’s face in emotional close-ups. Thivisol won Best Actress at the 1996 Venice Film Festival, the youngest actor ever to receive the award.

Quvenzhané Wallis and Dwight Henry, “Beasts of the Southern Wild”

In 2012, Quvenzhané Wallis, at only 8 years old, burst onto the film scene as the unlikely star of the indie sensation “Beasts of the Southern Wild.” Cast when she was only 5 years old, Wallis went on to deliver a brave and primal performance as the rambunctious Hushpuppy, a fearless girl who lives with her father in an economically depressed New Orleans offshore island area called the Bathtub. Defined by her unforgettable ear-splitting scream, Wallis’ fierce and tender performance earned her the spot as the youngest actress ever to receive a Best Actress Academy Award nomination.
No less deserving of praise is Dwight Henry, who plays Hushpuppy’s tough-nosed father, Wink, a hard drinker suffering from a mysterious illness. Over the course of the film, he develops a truly moving bond with his daughter on their quest for survival. A pastry shop owner by trade, Henry worked around his bakeshop hours while shooting “Beasts,” and he has made it clear that he had no real interest in acting before the film. And yet, Henry brings a gritty charisma to the role and channels his own relationship to his family, resulting in a heartbreaking performance that lends a level of maturity to the film and complements the unbridled performance of Wallis.

Tom McCarthy is about to have his biggest year yet thanks to the dramatic Oscar contender “Spotlight,” but his earlier scrappy character studies will always be remembered as the vehicles with which the writer-director found his relatable voice. “Win Win,” McCarthy’s third feature, features a topnotch cast navigating a sitcom-ready plot and giving it the resonance it deserves. With heavyweights like Paul Giamatti, Amy Ryan and Melanie Lynskey, it’s quite surprising that newcomer Alex Shaffer walks away with the most affecting and nuanced performance as a troubled teen looking for someplace to call home. The actor fills every deadpan quip and uninterested aside with a deeper meaning that helps round out his character in ways you don’t see coming. As cliché as it is to say, Shaffer’s debut is truly a win win.

Winner of the Best Director and Best Cinematography awards at Sundance, plus a six-time nominee at the 2009 Independent Spirit Awards, Lance Hammer’s “Ballast” is 96 minutes of hard-hitting drama. The movie opens with a startling act of violence. A man enters the home of Darius and Lawrence, two twin brothers and local store owners. Lawrence is sitting next to Darius’ dead body, and he proceeds to leave the house and shoot himself in the chest, which he survives. The grueling reality of Lawrence’s situation and his gradual recommitment to life after he meets Darius’ son and his struggling mother can be seen in every glance and facial expression from Michael J. Smith Jr. The non-actor’s performance is a masterclass of subversive character traits. He creates a real human being you get lost in. We feel for Lawrence but don’t pity him, and his small growth towards happiness and acceptance is an arc for the ages.

Before even coming up with the story for his breakout hit, “Blue Ruin,” director Jeremy Saulnier already knew exactly who to give its lead role to: Macon Blair, a close friend since grade school. Blair plays Dwight Evans, a bumbling beach vagrant who sets out for revenge once he receives some ominous news. Throughout the film. Blair’s ineptitude manages to ring true with a frightening degree of authenticity. Blair delivers a stripped down performance full of desperate physicality that allows the film to embrace its darkest comedic elements without ever pushing the film into slapstick. The revenge plot is horrifyingly messy, but due to Blair’s terrific performance, it is also downright believable.

The success of Ken Loach’s seminal coming-of-age classic “Kes” rides on the back of 14-year-old David Bradley, who plays the bullied and mischievous Billy Casper. The story of Billy’s growth from 15-year-old delinquent to a mature, resilient teenager is anchored by his growing interest in becoming a falcon handler and his relationship with one of the birds, the titular Kes, and Bradley makes this unusual story device come alive in the most vibrant of ways. It’s hard for even professional actors to form a believably rich chemistry with an animal co-star, but Bradley remarkably creates a bond worth falling in love with. Come the film’s tragic end, Bradley guarantees there won’t be a dry eye in the house.

One of Steven Soderbergh’s low-fi experiments in the vein of “Full Frontal” and “The Girlfriend Experience,” “Bubble” uses high definition video and a cast made up of West Virginia/Ohio locals to ground a quietly twisted tale of three people in the shock and boredom of everyday life. Soderbergh found lead Debbie Doebereiner as she was working the KFC drive-through window, and its her natural cadence and resolve that work wonders in the role of Martha, a worker at the local doll factory who indirectly (or directly, depending on how you see it) becomes an integral figure in the relationship between co-workers Rose and Kyle. As the story unfolds, Doebereiner runs the gamut from unassuming worker to frantic victim, and her rustic appeal strengthens Soderbergh’s vision tenfold.

The list of actresses whose nonprofessional debut yielded Oscar love is an enviable one — Wallis (above), Anna Paquin, Gabourey Sidibe, Jennifer Hudson, Marlee Matlin, etc. — and Keisha Castle-Hughes more than holds her own against this crop with her startling debut in Niki Caro’s family drama, “Whale Rider.” The winner of the People’s Choice Award at the 2002 Toronto International Film Festival, “Whale Rider” is a moving story about defying tradition and embracing your destiny. Castle-Hughes became one of the youngest Best Actress Oscar nominees ever for her wondrous turn as Pai, who wants to become the leader of her tribe despite her grandfather’s stern belief that such a role should only be occupied by a male. Chosen out of 10,000 kids who auditioned for the part, the actress nails the limitless determination of a child. Her emotional reach leaps off the screen in ways both boundless and inspiring.

Gus Van Sant’s Palme d’Or winner about two bullied high school students who go on a killing spree was met with no shortage of controversy upon its release. Many feared it could result in copycats or that it glorified the violent acts of mass murderers, but Van Sant’s crippling long takes and tonal void result in the opposite approach. Alex Frost has the challenge of playing the mastermind killer, and his dead-in-the-eyes undermining is powerfully mature and measured for an actor his age. Frost has to mine a delicate balance of stone-cold fear and vulnerability, and he does so without ever turning his killer into someone we identify with. We recognize and identify with the character’s lost innocence, but never once do we sympathize with his bullied past. Frost’s performance keeps our involvement with the film at an objective distance, and it single-handedly turns “Elephant” into a nuanced statement on anti-violence.

This Article is related to: Features and tagged Beasts of the Southern Wild, Blue Ruin, Lists, Precious: Based on the Novel "Push" By Sapphire, Win Win