"The Others," "Picnic at Hanging Rock" and more. 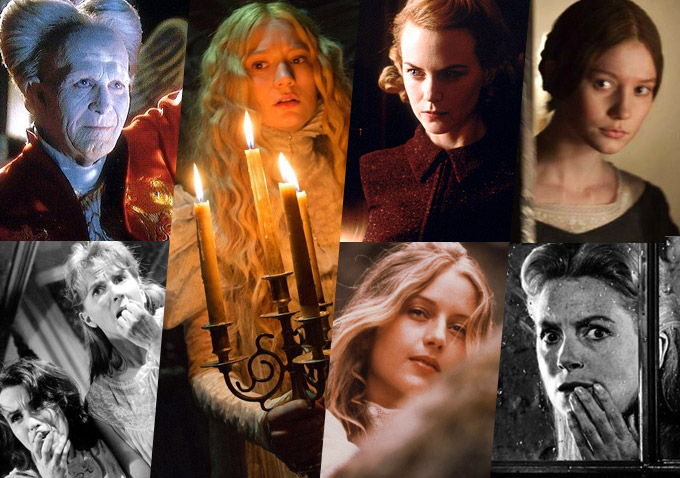 “It’s not a gothic horror, it’s a gothic romance” has been repeatedly asserted about this week’s “Crimson Peak” (our review) from modern gothic maestro Guillermo del Toro. But while the distinction may seem important to del Toro and stars Mia Wasikowska, Tom Hiddleston and Jessica Chastain, it ultimately means less than you might think: it’s more a difference of degree than of actual type. After all, horror is usually concerned in some way with death, and romance is concerned with love, but love and death and how one is bound up in the other is the very essence of gothic. All gothic romances have elements of horror, and it’s only few gothic horrors that are entirely devoid of romance (and none at all if we take romance as simply “love” in all its forms).

Beyond the essential, though, there are obvious hallmarks of the gothic film. Often revolving around a female protagonist/victim, the gothic movie often includes a fraught love triangle, a big house appointed in luxurious and ornate style, ghosts of the real and imaginary variety, themes of sexual repression and/or jealousy, and Vincent Price. But gothic films are also often extremely beautiful, not just with respect to production design, but in terms of the kind of philosophy they attempt to grapple with —the relationship of the living to the dead, and the strange, vertiginous attraction that the spiralling unknown can exert, even as it terrifies the hell out of us at the same time. Gothic films dance along the line between life and death, between good and evil, between salvation and damnation, which makes the best of them so eternally, compulsively, titillatingly enjoyable.

Here are just 18 from the hundreds and hundreds of gothic horrors and romances —any one of these should definitely put you in the right frame of mind for the newest entry into the canon from del Toro who, in “Pan’s Labyrinth” and “The Devil’s Backbone” has already given us two classics in the loosely defined genre. 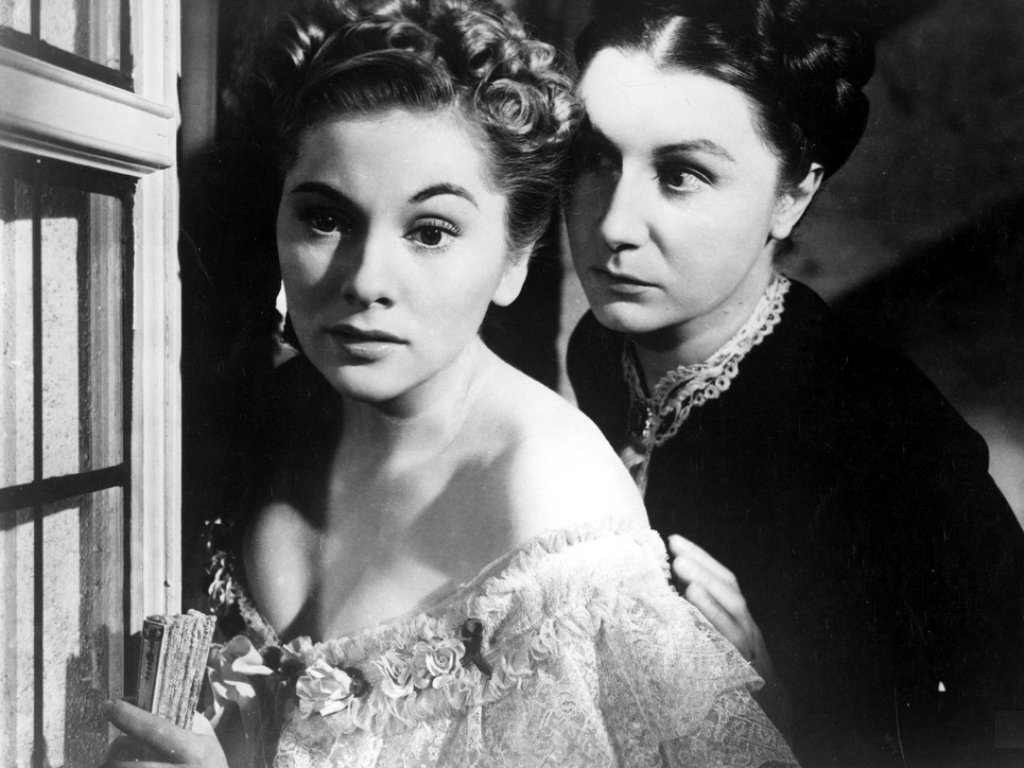 “Rebecca” (1940)
If it initially seems somewhat surprising that in conversation del Toro has namechecked “Suspicion” and not “Rebecca” as his primary Hitchcockian influence on “Crimson Peak,” it may simply be that “Rebecca”‘s gothic archetypes are so deeply ingrained as to go without saying. Hitchcock was always attuned to the frequencies of the subgenre anyway —his  “Jamaica Inn” from the previous year is a prime example, while “The Birds” and “Vertigo,” to name a couple, have strong gothic elements. And here he is adapting the Queen of literary gothic: Daphne du Maurier. Starring a perfectly Bambi-like Joan Fontaine (also the menaced-wife heroine of “Suspicion”), a brooding, caustic Laurence Olivier and an archetype-spawning Judith Anderson as demonic housekeeper Mrs. Danvers —almost the entire checklist is present and correct. Manderley, to which the noticeably unnamed heroine famously dreams she’s returning, is a massive, opulent mansion; Fontaine’s girlish child-bride is so daunted by her new station as to be haunted by her husband’s dead first wife; there are portraits of dead people, staircases, conflagrations, portentous dreams and faces lit from below. And there is also a subtext about escaping the choking patriarchy and classism of the English social structure (Olivier’s character is a British aristocrat, Fontaine’s is an American), and the contrast between the sunshine of Fontaine’s simple goodness and the perversity represented by Rebecca is a neat meta-reflection of Hitchcock embracing American values in his first U.S. film. 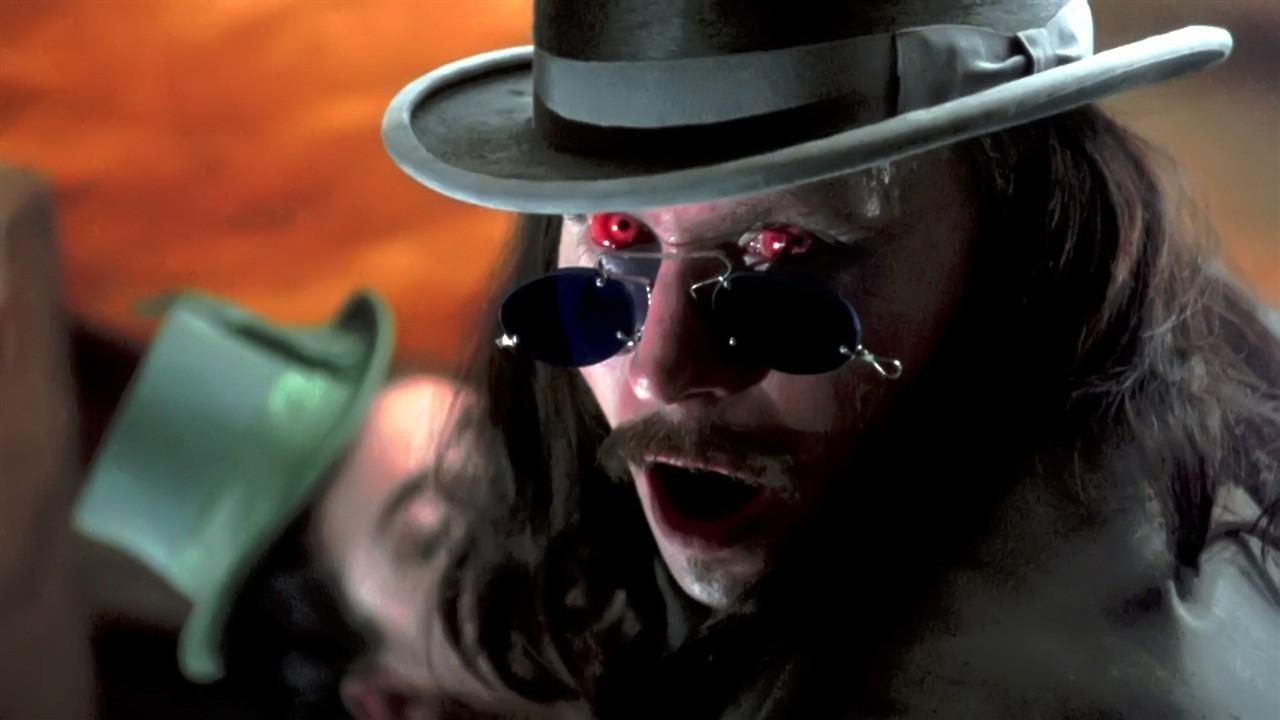 “Bram Stoker’s Dracula” (1992)
Not the best Dracula by any means (that could, and probably will, take a feature of its own to ascertain), obviously not the first (probably 1922’s classic “Nosferatu“), nor the last (whichever version was released in the last five minutes), Francis Ford Coppola‘s silly yet stately picture is certainly among the gothiest. Take the lavish production design that stuffs every possible corner with gargoyles and candelabras and drapes the cast and furnishings alike in swathes of velvet in various shades of “coagulating blood.” Amidst all this damask, the actors either sink (Keanu Reeves, Winona Ryder) or camp it up (Gary Oldman, Anthony Hopkins), and very little of the film is actually frightening. But this is also a factor of taking the ultimate horror story and refocusing it as tale of doomed love in a time of Victorian sexual repression. So Ryder’s pure Mina Harker provides the white throat that tames the savagery of Oldman’s ancient vampire, just as her friend Lucy (Sadie Frost) is punished for her licentiousness by being, erm, raped by a wolf, while callow gentleman beau Jonathan (Reeves) is semi-willingly seduced into an orgy by a trio of comely Drac-hags. Coppola returned to gothicism with “Twixt” but, hugely flawed though it is, his ‘Dracula’ remains his best entry in the canon, not least for how overtly it eroticizes the story. And for Tom Waits’ Renfield eating flies. 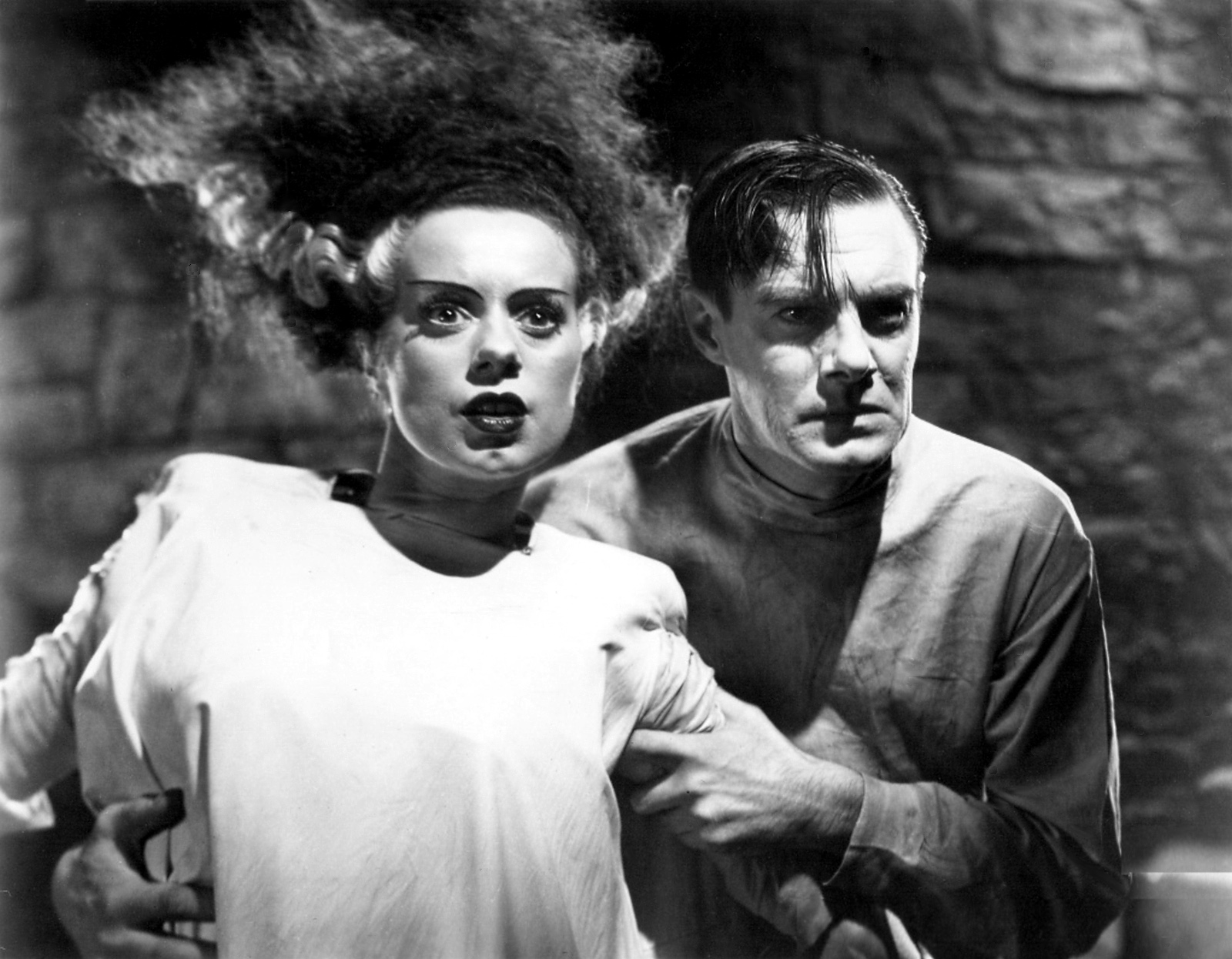 “Bride of Frankenstein” (1935)
Mary Shelley‘s most famous creation, and even the legend of the stormy night with Lord Byron on which she birthed it haunts the fringes of this list like the lumbering Golem it is. So why choose the original film’s sequel? While both movies are undoubtedly gothic (and the Hammer Horror “Curse of Frankenstein” is arguably even more so), it’s ‘Bride’ that better explores a truly fundamental tenet of gothic fiction: the inextricably intertwined nature of sex and death. The first film’s genius director James Whale (whose biopic “Gods and Monsters” takes its title from a line in this movie) was in fact reluctant to return for the sequel. But pressed by Universal, which he more or less blackmailed into letting him make a passion project in return, Whale eventually relented, deciding to make the film, which he did not believe could be better than the original, merely “a hoot.” But that belies his perfectionism, and many iterations of the script later, Whale turned in “The Bride of Frankenstein,” which is probably his masterpiece. Featuring Boris Karloff again as the monster, but adding Elsa Lanchester in a double role as Mary Shelley and the iconic Bride (who has made perhaps the most indelible impression on pop culture-per-minute-of-screen-time ever), the film is still stunning to look at, astonishingly moving and yes, also kind of “a hoot.”

Page 1 of 4
Continue Reading: 18 Great Films Of Gothic Horror And Romance To Watch Before ‘Crimson Peak’