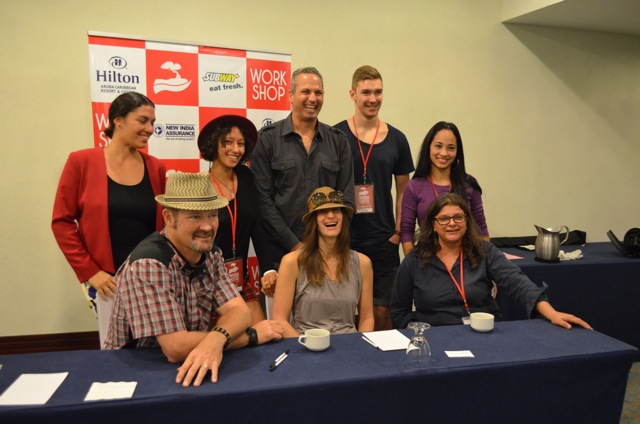 Yes, Aruba has its own film festival and it’s one of the festivals we have stayed in touch with (and become friends with) since our first feature documentary “Finding Hillywood” screened there in 2013.

READ MORE: 10 Things I Learned from Self-Distributing My First Documentary

We were elated when the festival staff asked us to come back this year to teach three days of workshops to help local filmmakers develop professional skills and continuing education. After all, “Finding Hillywood” profiles the beginning of the Rwandan film industry and Aruba is in a similar position trying to grow their local industry and film economy. Aruba International Film Festival (AIFF) is particularly interested creating valuable industry events and panels to support and educate their local filmmakers.

We called the workshops “Getting Your Film To The Masses” and covered topics such as: fundraising, pitching, outreach, distribution, festivals, marketing and social media. Since this is the first year AIFF has hosted the workshops attendance was smaller than we hoped for but all of our attendees were eager and engaged. Plus, having a small group allowed us to spend more time with each filmmaker talking about their specific projects. Ultimately, the workshops led to one immediate success story we’re proud to share. 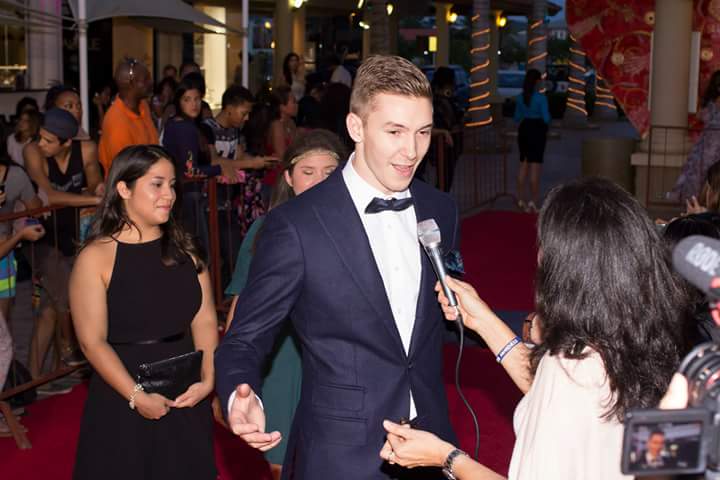 The film is a character profile of Aruba’s most famous and innovative chef, Urvin Croes, who creates mouth-watering dishes using local ingredients. Sebastian made it clear the film was not “done” and that he needed finishing funds for original music, color correction and audio sweetening. He explained that he needed a distribution /marketing plan and budget (including festival submissions) and he was nervous that a lot of Urvin’s friends and family would be in the audience in the coming days.

Over the course of the workshops we helped Sebastian (and others) refine their pitches and budgets, and talked at length about how to fundraise and generate press. We used “Finding Hillywood” as a case study for a hybrid distribution model and talked about festival strategy to maximize audience and impact. So by the time Sebastian’s screening day came he was nervous but confident.

“Loki Ami Stima” played to a packed house (including many of Urvin’s closest friends and staff) and Sebastian was relieved the audience seemed to be laughing in all the right places. He was moved to tears.

But the highlight of the event came during the Q&A /talkback session with Dutch journalist Rene Mioch. The question was asked from the audience, “How much money do you need to finish the film?” and Sebastian was ready with his prepared answer we had talked through in the workshops. We found out a few hours later that because of that question, Sebastian received a few offers for meetings and finishing funds from Aruban organizations interested in the project. There were also critics and reporters at the screening who gave the film positive reviews and placement, in part, because of Sebastian’s professional comportment during the screening. We could not be more proud!

Instances like this remind us of what can happen when you do your research, spend time prepping and make yourself vulnerable and receptive to what’s in store. It reminds us that you never know who’s in the audience and that sometimes workshops actually WORK.

It’s difficult to watch Urvin cook without hearing your stomach growl – and after three days of watching footage and talking about how to distribute this particular film, we couldn’t resist making dinner reservations at The Kitchen Table by White – Urvin’s 16-seat, 7-course meal restaurant.

We’re looking forward to next year’s festival, more workshops, and supporting filmmakers to bring their films to the masses.

READ MORE: How to Determine the Right Budget Level for Your Film