An Estranged Mother and Daughter Search for Reconciliation in 'Look At Us Now, Mother!' 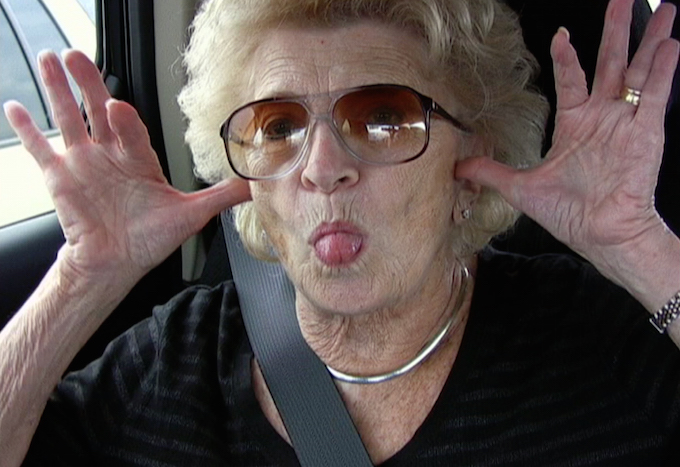 Look At Us Now, Mother!

Logline: A daughter and mother explore their past to fix their future. Told with biting humor and raw honesty, this is an intimate story about family dysfunctions, forgiveness and healing.

Elevator Pitch:
“Look At Us Now, Mother!” documents a highly charged mother-daughter relationship’s transition from “Mommie Dearest” to Dear Mom, from hatred to love, with the daughter behind the camera. The film is an unflinching look at the complex bond between mother and daughter, illuminating not only family behaviors and patterns, but generational, cultural and individual histories. Gayle and Mildred’s journey spans decades and continents, fraught with conflict and emotional land mines; told with biting humor and raw honesty, this is an intimate story of family dysfunctions, forgiveness and healing.

About the Film:
I knew I had to make “Look At Us Now, Mother!” when I realized many people were still suffering from childhood scars but had been unable to forgive their abuser. It doesn’t matter who you are or how successful, the unexpressed pain from past traumas can lock you in place and keep you from accomplishing great things. I had already forgiven my mother and knew I needed to document my journey and show how I was able to accomplish it. My mission now is to help others heal and learn that forgiveness is possible even when it seems unlikely.

Current Status: We are fundraising to release the film theatrically in 2016. We will be doing the theatrical distribution ourselves with a top team of professionals!