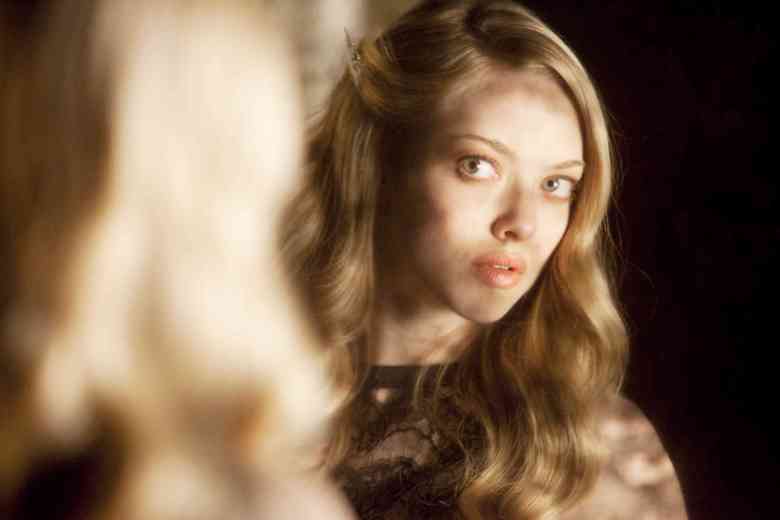 Low-budget mavericks Atom Egoyan and Guy Maddin have been through the wringer. When Woodstock Film Festival director Meira Blaustein invited the filmmakers to share their trials and tribulations at this year’s festival, there were stories abound — stories of failure, success, depression, revelations and 25 years of friendship.

“Atom is one of the most amazing artists I’ve ever encountered,” Blaustein told Indiewire. “From the days of ‘Exotica,’ he was one of my favorite filmmakers. He has the heart of a poet, the mind of a philosopher, and the soul of an artist. He lives and breathes the cinematic language. And Guy Maddin embodies our motto: ‘fiercely independent.’ These guys are what we’re about. That’s the Woodstock Film Festival.” Egoyan’s thriller “Remember” and Maddin’s experimental epic “The Forbidden Room” both screened at the festival this year.

The beginning of everything 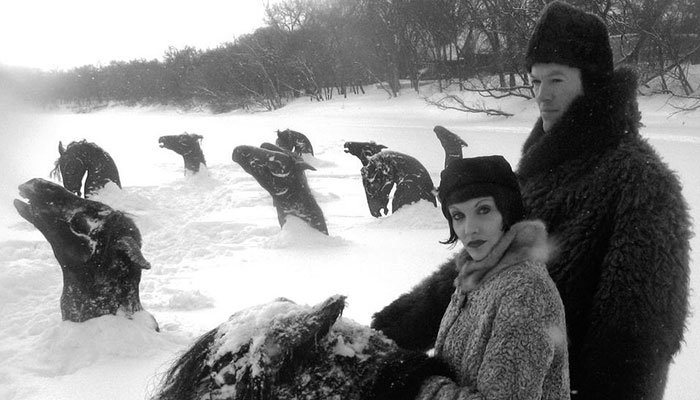 “As a student, I realized there was no real model as to how to make films, besides just doing it yourself,” said Egoyan. “I had to create my own way, on my own terms.” Egoyan started experimenting with shorts in film school in Toronto; once he’d honed his skills and confidence, he began applying for ultra-low-budget grants. “I pulled a ton of incredible favors from friends,” he said. Egoyan also had a short stint as a film critic. At the Toronto International Film Festival, he interviewed Charles Burnett and Victor Nuñez, both of whom had a significant impact on Egoyan’s developing independent film ethos.

READ MORE: Why ‘The Forbidden Room’ Directors Guy Maddin and Evan Johnson Are More Excited for the Future of Film Than Ever

Maddin, who has been friends with Egoyan for over 25 years, opened by joking, “I’m really sick and tired of not being Atom Egoyan!” When the friends were in their twenties, Egoyan was enjoying substantial early success. “You seemed to already have seven features when we were in our mid-twenties,” said Maddin. “So annoying!”

Maddin, for his part, got his start in the underground film scene in Winnipeg, Canada. “When I think about what independent cinema is, there could be nothing more independent than that Winnipeg film circuit, where the films are just playing in people’s basements,” Maddin remembers. He joined a local filmmaker, John Pace, and made some films of his own from scratch, using local actors and with modest means.

In the late ’80s, someone suggested Maddin send the films to Toronto, and he got an acceptance. But once he arrived at Toronto, he felt utterly lost. “I was weeping on the street corner during a heavy downpour,” said Maddin. “That’s where I met Atom. I learned from him about what indie filmmaking was.”

On to the film festivals 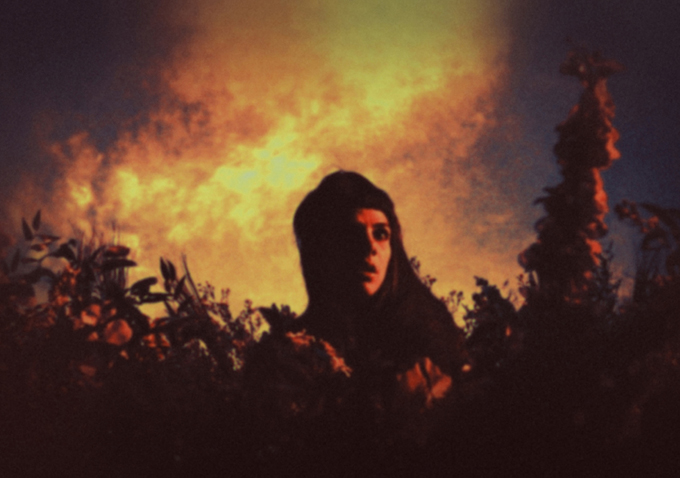 “I thought that if you managed to build on a little bit of success in the film festival world, that it was kind of like minor league baseball,” said Maddin, “and you could work your way up to the major leagues and the Oscars.” But reality soon hit.

After enjoying critical acclaim and positive buzz from audiences at festivals, Maddin’s commercial prospects still looked grim. “I realized that, with my kind of strange little movies, no matter how high I rose in the festival world, it was just on another planet from commercial films,” he said. His third feature film, “Careful,” did very well at Toronto and the New York Film Festival, but when it opened theatrically, it averaged 2.1 people per screening. “It didn’t even make it through its first week,” remembers Maddin. “I think it was pulled on a Tuesday.”

“I went through a brief period of depression when I tried to create a new model,” said Maddin. He eventually learned how to build on his festival success in order to secure arthouse distribution, but he maintains that his films just don’t procure commercial success.

“There are only so many people in each community who want to see a movie like [the ones I make], and a lot of them see it already at film festivals,” he said.

“Until the mid-’90s, I had no real sense of the crossover from indie to Hollywood,” said Egoyan. The director said he took his success at festivals for granted. Once, he spoke to a CAA agent who was impressed with his work. “I remember saying, ‘Why doesn’t it feel like this in Los Angeles?'” said Egoyan. The agent told Egoyan that he’d have to be making a different kind of film.

In 1994, Egoyan’s “Exotica” was picked up by Miramax out of Cannes. “They very shrewdly marketed it as a sex thriller,” said Egoyan. “It was this breakthrough. Suddenly I had to deal with the industry.”

Egoyan, who had just had his first child, found the prospect of actually making a living in the film industry daunting. “I spent this very confusing time in LA, after ‘Exotica,’ attached to a WB studio project called ‘Dead Sleep,’ and it was a really depressing year for me,” he said. “I felt totally disconnected from what I thought I would be doing with my career, but I also realized this was a ‘break.'”

When he agreed to the project, Egoyan thought Susan Sarandon would be the perfect lead, but the studio insisted on six actresses in a pay-or-play deal. “Later I found out all six actresses had previously passed on the film,” said Egoyan. “I was there because I was the flavor of the week with ‘Exotica,’ so the studio thought I might reignite their interest. I was in these futile meetings with people who had already rejected the film.” When “Dead Man Walking” came out, Susan Sarandon suddenly had cachet in Hollywood, but it was too little too late — Egoyan approached her again, only to find that she was too disgruntled to consider.

It was when Egoyan was asked to spend ten days deliberating on a jury at Cannes that he mustered the courage to walk away from the passionless studio project. “Being away from all that, I was finally surrounded by the films I wanted to be making,” he said of his time at Cannes. “But everyone was asking how I could leave this project. They were saying it was the biggest mistake of my life.”

Instead, Egoyan turned his sights to a passion project. He successfully usurped the rights to “The Sweet Hereafter” novel from Columbia, where the project had been sitting in development purgatory. “I promised the author, Russell Banks, that I could make his film, no matter how difficult the subject matter was,” said Egoyan.

And so he did. To this day, “The Sweet Hereafter” is one of Egoyan’s greatest critical accomplishments. (It maintains a solid 100% on Rotten Tomatoes.)

Maddin, conversely, enjoys having creative obstacles. “I really like it when I have restrictions, which hamstrings my independence a little bit,” he said. “For instance, I’ve taken on jobs for hire out of desperation. Once I shot a ballet version of ‘Draciula,’ and I’m really glad I did it because I knew I couldn’t do it.” Maddin’s commission went on to win an Emmy. 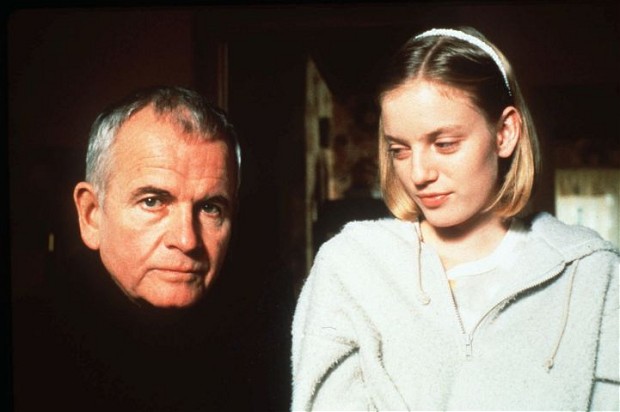 Now Egoyan mostly makes independent films; working this way allows him to stay true to his personal integrity and passion. “All of the films I’ve done have been very connected to experiences or feelings I’ve had, and that’s why I did them independent,” he said. “I want to protect that. If you do something, you have to be passionate about it because you have to convince a lot of people. You have to get a cast on board. If you’re not passionate, they’re not going to be. And you can’t fake that.”

When Egoyan does venture into Hollywood fare, he never strays far from his personal vision. “For ‘Chloe,’ there were a lot of things happening in my life at that time that made the film strangely personal,” he said. “There were a lot of themes about marriage, and it resonated. It ended up being by far the most successful film I’ve ever done. If you’re not seeing a reason why a film should be made, it’s not a personal film. You need to feel that urgency, get excited.”

Egoyan also mentioned having control over your budget as another compelling reason to stay independent. “When you’re working in Hollywood, you don’t have control over the budget,” he said. “The things you’re promised always change. When I’m producing, though, I have complete control. I know when things need to change. I’ve found it exhausting when you’ve invited to deal with material… you know the size, you get told you get to build this castle… but once you’re in it, either through deception or whatever, your box gets smaller.”

Maddin’s first bigger budget feature was “Careful,” which, at nearly $1.5 million, was twice the budget of his previous efforts. The film was intensely personal for Maddin. “As I was making the last cut, I remember thinking, I don’t know what to do anymore,” said Maddin. “I felt satisfied but lost at the same time.”

Maddin spent the rest of the ’90s “drifting,” as he terms it, floating from idea to idea without much conviction. Then, a Greek tragedy saved him. “I read Euripides and found an identification point; I saw myself in these really ancient things,” he said. “It suddenly occurred to me that I could write disguised autobiographical material but make it very personal, and steal the structure of classics.”

This revelation inspired Maddin to make his work intensely personal. “I got masochistically personal and confessed a bit,” he said. “My characters became richer and more sexually repulsive, more conniving. I was suddenly recalling long-forgotten episodes from memory, and instead of feeling shame I was feeling excitement because I had a scene in a movie.” 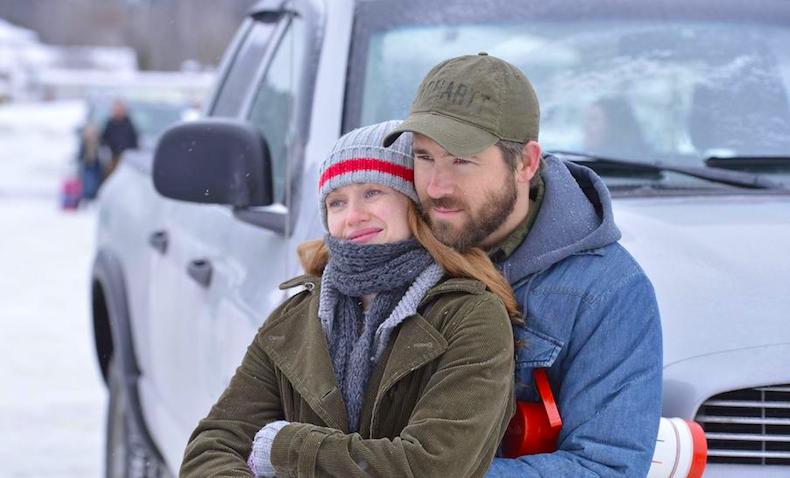 After premiering at Cannes, Egoyan’s “The Captive” endured a vitriolic critical backlash. “I was so excited about it,” said Egoyan. “It was a traumatic launch. We showed it at Cannes and there was a violent response against the movie.”

Egoyan said he was confused by the response because, to him, it was an accessible, finely tuned movie. “I thought I finally had this incredible structure,” he said. According to Egoyan, “The Captive” has gone on to win viewership on demand.

But that wasn’t Egoyan’s first experience with harsh criticism. After he screened an early film, “Calendar,” at Berlin, a well-known critic approached him with a foreboding assessment. “She said this is would be the best film I’d ever make,” remembers Egoyan. “Then my next movie came out and she eviscerated it, of course.” Egoyan thinks this speaks volumes about the state of contemporary criticism. “If some critics watch something early, they’ll re-review to match the opinions of others. Critics are afraid of their jobs, afraid of falling out of favor with the herd mentality. That there’s this viciousness that I’ve never really felt before. There’s this rush to make judgment.”

“It doesn’t even really matter what critics say anymore,” Egoyan continued. “What’s important is that the film gets to the public and that there’s a discussion. And you hope the bad reviews won’t block that. You have to have incredibly thick skin.”

But Egoyan’s history with criticism is complex, and he was once on the other side of the equation. “I look back to some of the reviews I was doing in college, and I was incredibly vicious,” he said. “It was entertaining to demolish something. In some ways, it’s karma.”

This Article is related to: Features and tagged Atom Egoyan, Guy Maddin, The Captive, The Forbidden Room, Woodstock Film Festival