READ MORE: From Crowdfunding to Distribution: Here’s How ‘This is Happening’ Forged an Unconventional Path

At the New Hampshire Film Festival last weekend in Portsmouth, New Hampshire, five panelists sat down to discuss the process of independent film distribution, following a film from its first screening at a festival to theater engagements and its digital life beyond. The five distribution experts were Jeffrey Bowers, Senior Manager of Curation at Vimeo, producer and Factory 25 founder Matt Grady, Kate McEdwards, head of non-theatrical distribution at Oscilloscope, Rebecca Sosa, Head of Digital Distribution for A24, and Chris White, Director of Business Affairs & Delivery for Magnolia Pictures.

The panelists shared these six tips for independent filmmakers looking to get their work distributed beyond the festival circuit:

1. Remember that festivals aren’t the end-all-be-all of distribution.

The panelists opened by discussing the general state of film distribution today. They stressed that there isn’t any one model that fits all films. Bowers likened it to the economy, saying, “You have the rich people in control, the poor people, and then a huge middle class. There’s not really an average right now, especially with digital distribution.” Bowers then pointed out that almost 60% of the films selected to screen at the Sundance Film Festival never get picked up for distribution. The point being that even screening at a  big name festival doesn’t ensure your film’s distribution. 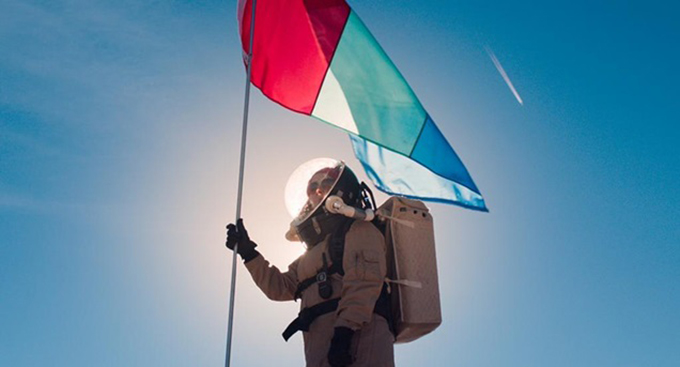 In fact, sometimes smaller festivals might make better sense for your particular project.
“We have a film right now called ‘Above and Below’ that’s a two-hour doc and while large festivals are good, a lot of festivals would view a two-hour doc as a major deterrent,” explained McEdwards. “The film had its U.S. premiere at Camden, which is great for documentary filmmakers, whereas at a larger festival, it may not have gotten as much attention.”
Sosa pointed out that “while a big festival doesn’t ensure distribution, bigger conferences like Toronto, Sundance and SXSW are where 90% of our films come from.”

While many filmmakers see festivals as opportunities to have their work purchased by a distributor, it’s important to keep in mind that any festival is also an opportunity to network with distributors regarding future projects. Bowers explained that “just being at a festival, beyond showing it to an audience where you might get picked up, filmmakers can create relationships with agents and get publicity on your next film. In that respect, festivals are still incredibly useful.” McEdwards agreed, saying, “We see filmmakers come to festivals again and again with similar things.”

Several of the panelists encouraged independent filmmakers, especially those looking to self-distribute, to take advantage of smaller digital platforms. Beyond the big name online subscription services like Netflix and Amazon, there are other streaming sites that may distributor your film. Grady mentioned Fandor, a monthly paid service which caters to independent film lovers. The panelists also discussed Tugg, a crowdsourced distribution platform which enables people to organize film screenings in their town.
Grady explained that “as of now, things like Netflix are only showing films from the big festivals. These alternatives are great for the small budget and micro-budget films.”


4. Shorts have an audience too.

Bowers, who also writes a column for Vice titled “I’m Short, Not Stupid,” which brings attention to new short films, pointed out that

The panelists stressed that determining which release strategy is right for your film is not a simple decision – and you have to find your own path.  “I know every filmmaker wants to go play in a theater, but for the most part, it’s not practical,” said Bowers. Grady agreed, pointing out that “The New York Times can’t even review every film that gets released, which used to be their standard up until this past year. You have to be very practical and think logically about what you have and what your film is.” Grady agreed that theatrical release, while often desired, isn’t always the best route. “In today’s age of social media promotion, films can find validation in a lot of different ways,” he said.

When discussing the traditional theater run of a film, and the move to digital distribution after, the panelists pointed out that a film’s theatrical run is no longer necessarily the backbone of a distribution plan.
“Some smaller movies are in theaters for weeks. With most, it’s months, and for the big titles, it can be 90 days. Then after that, you move on to paid transactions on Apple, Google Play, Amazon, Xbox, Sony Playstation, Vudu, all those platforms before you move to Netflix and that paid subscription window,” Sosa explained. “That window is collapsing though. It’s kind of all smushing together because you want the product while it’s hot and that’s great for online platforms like Fandor.”
READ MORE: 6 Ways to Maximize Theatrical Distribution in the Age of Digital On Demand