'Blue Caprice,' 'Best of Enemies' and More Coming to Netflix This November (Plus Indiewire's Picks) 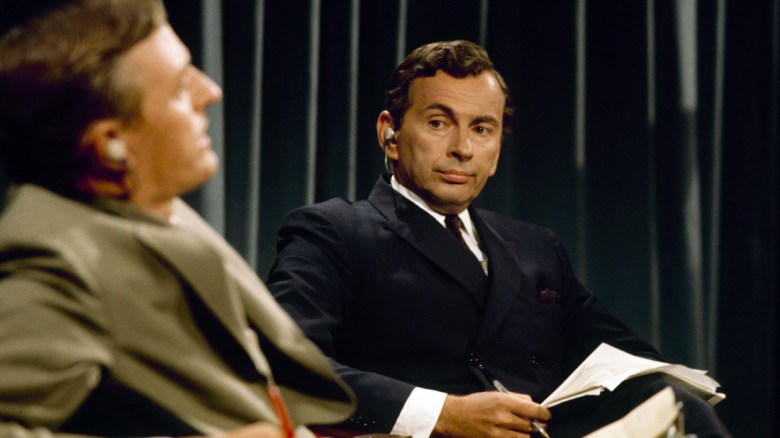 READ MORE: Last Call: 54 Films Leaving Netflix in November (and 7 You Must See)

With the turnaround rate between theatrical releases and online streaming getting smaller and smaller, it’s no surprise that a number of this year’s most well-received indie features and documentaries will be hitting Netflix next month. From the heralded Gore Vidal/William Buckley Jr. documentary “Best of Enemies” to the intimate Jemaine Clement comedy-drama “Peoples, Places, Things,” Netflix subscribers can catch up on the year’s most overlooked indies in the comfort of their own homes. Throw in a few classics, and it looks like there will be no shortage of streaming options as the holiday season kicks off.

Below are all of the titles hitting Netflix next month, plus Indiewire’s personal picks on what to stream.

David Thorpe’s documentary addresses the self-consciousness often associated with voice, as well as distinctive vocal sounds and their cultural roots. An exciting and intriguing venture in self-discovery and identity through interviews and talks with scientists and speech pathologists, “Do I Sound Gay?” explores a familiar cultural phenomenon in a personal way.

Bobcat Goldthwait is back in the director’s chair for “Call Me Lucky,” covering the life and career of influential Boston comedian and activist Barry Crimmins. Featuring interviews with David Cross, Patton Oswalt, Marc Maron, Margaret Cho, Tom Kenny and Crimmins himself, the film is an encompassing, poignant account of the surly and scarred comedy legend.

The 2002 Beltway sniper attacks inspired fear across the nation as 17 people were murdered and 10 were injured. Alexandre Moors’ harrowing drama presents the events from the point of view of the two snipers, John Allen Muhammad and his 17-year-old protege Lee Boyd Malvo, and the director paints a disorienting father-son relationship that is searing and seductive. Malvo first met Muhammad while living in Antigua, and the film tracks the genesis and development of their relationship as Muhammed subversively trains Malvo into becoming his willing co-assassin.

Anchored by a stellar cast and a hilarious script, director Jim C. Strouse balances dramatic elements with quick-witted comedy in the winning “People Places Things.” The heart of the film is the performance by Jemaine Clement as Will Henry, a depressed graphic novelist and single father trying to put his life back together after catching his wife cheating on him on his twin daughters’ birthday. Shot in intimate locations throughout New York, the film maintains a grounded, personal feel.

Following up his Best Documentary Oscar win for “20 Feet from Stardom,” director Morgan Neville teams with Robert Gordon for this exciting look at the televised debates between Gore Vidal and William F. Buckley in 1968. While the film digs beneath the political climate of the Democratic and Republican national conventions, the directors ultimately triumph by exploring how the debates turned broadcast television into a powerhouse of news media coverage and public discourse.

This Article is related to: Features and tagged Best Of Enemies, Blue Caprice, Call Me Lucky, Do I Sound Gay?, Netflix, People Places Things