Exclusive: Attention, Filmmakers: Here's Your Shot at Screening at Slamdance 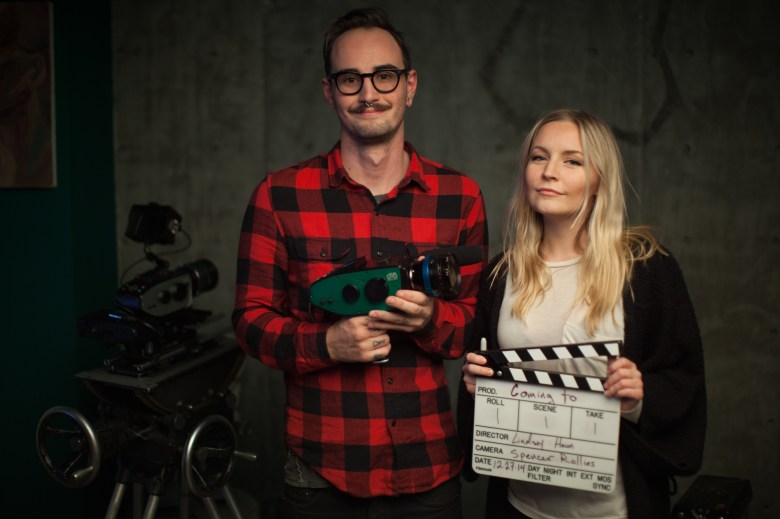 The Slamdance Film Festival and Digital Bolex have opened submissions for the second edition of their Fearless Filmmaking Showcase to be screened at the 2016 festival in January.

Through December 23, Digital Bolex is accepting short film submissions — narrative, experimental and documentary films under 8 minutes — from anyone who shoots on a Digital Bolex camera. The winner and selected films from the 2016 showcase will receive a Digital Bolex prize package and online distribution through Seed&Spark.

“We’re proud to be continuing our partnership with Digital Bolex and support filmmakers who are bound to take creative risk with their work,” said Slamdance Film Festival Co-founder and President Peter Baxter.

“We’re excited to continue our partnership with Slamdance and offer their alumni the chance to shoot with a cutting-edge camera for the first time,” said Digital Bolex Creative Director Elle Schneider. “While many of last year’s selected filmmakers were experienced visual artists, a handful were premiering their very first films, and we’re proud to provide an outlet where both veteran and beginner filmmakers in the growing Digital Bolex community can showcase their work.”

A jury of Slamdance alums selected the winner of the 2015 showcase, Lindsey Haun, who won for her one-take drama “Coming To,” which has played at more than 20 festivals since premiering at Slamdance.

“When our little 5-minute, single-shot, $250-budget short got accepted into Slamdance I was thrilled…We were totally welcomed into the Slamdance community by the other filmmakers and by the incredibly friendly staff,” said Haun, who heads the jury for 2016. “We truly never expected to win. The other films in our block were very strong and memorable, and we were proud just to be among them.”

Other jurors for 2016 include Paste Magazine editor Michael Dunaway, cinematographer Ben Kasulke (“We Go Way Back”), and directors Leah Shore “(I Love You So Much”) and Tina Mabry (“Mississippi Damned”).

The 2016 competition will select films from an open submission process through the Digital Bolex website. All rules as well as the submission application are available online at www.digitalbolex.com/slamdance.

D16 camera kits will also be made available for Slamdance alumni to borrow on a first-come, first-served basis through December 8th. Filmmakers chosen to premiere at Slamdance will be notified by the end of December.