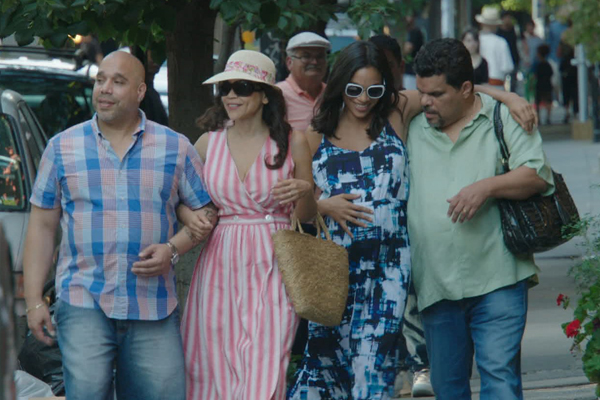 Focus Features has acquired U.S. distribution rghts to Ian Edelman’s “Puerto Ricans in Paris” through its multi platform distribution initiative Focus World. The film premiered at LA Film Fest this summer and stars Luis Guzmán, Edgar Garcia, Rosario Dawson and Rosie Perez. The dramedy was executive produced by Pitbull and directed by Ian Edelman, who created the HBO series “How to Make it in America.”

The official synopsis reads “Puerto Rican brothers–in-law Edgar and Luis just happen to be NYC’s two best counterfeit detectives. When the latest, must-have ‘It Bag’ from celebrated Parisian fashion designer Colette’s new collection has been stolen, they head to Paris in hopes of cracking the case and collecting a handsome fee. With clashing sleuthing styles and personality traits, the comedic duo infuses a bit of color into the City of Lights.”

READ MORE: ‘Puerto Ricans in Paris’ Will Make Its World Premiere at the Los Angeles Film Festival Next Month