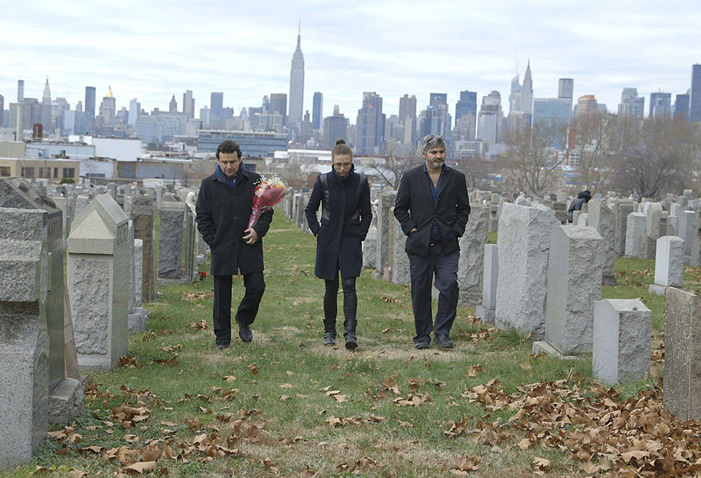 Without spoiling things by revealing too much of the plot, we can tell you that Onur Tukel’s latest film, “Applesauce” is a black comedy about infidelity, post-9/11 paranoia and severed body parts. Since the film premiered earlier this year at the Tribeca Film Festival, it’s been making its rounds on the film festival circuit.

In his review out of Tribeca, Eric Kohn wrote “Everyone and everything in ‘Applesauce’ is a comic time bomb prone to explode at any moment.”

Indiewire recently chatted with Tukel, who wrote, directed and acted in the film, at the BendFilm Festival in Bend, Oregon where “Applesauce” was screening. The audience responded appropriately with laughs — and gasps. We continued our conversation recently by e-mail.

READ MORE: Here’s How These Two Female Filmmakers Made Their First Features

Where did the inspiration for the film come from?

It was inspired by a tragic event that happened to a friend of mine in college. We were at a party and some crazy stuff happened. There was blood. Madness. And when it was all over, somebody was missing a finger. My friend and I have spent 20 years telling the story to friends at parties, during dinner. Everyone who hears the story is rapt. I always thought it would be a cool way to start a movie, four friends having dinner, someone tells a tragic story from their past. The friends ask questions. They open a Pandora’s Box…and that sets off a series of tragic events. As you know, Paula, real life is sometimes way more interesting than fiction.

Oh, you can say that again! Meanwhile, you seem to be particularly fascinated by male-female relationships and gender dynamics. Or am I just reading too much into your films?

You’re an intellectual, Paula, so you see gender dynamics. I see two married couples who are petty and jealous and ridiculous. Of course, you see the pettiness too, I’m sure.

I do see the pettiness and jealousy, for sure.

I don’t think in terms of sophisticated things like gender dynamics. My approach to everything is very simple. Had I approached it more thoughtfully, I would have put more attention on the female characters. I think they’re probably more interesting than the male characters. I hope to delve into female stories with more fervor in the future. I’m usually accused of misogyny in my movies. I accept that. I can’t defend what I don’t understand.

You’ve said that the film takes place in a post-9/11 world of paranoia. Could this film have been set anywhere other than New York City?

I play a teacher in the movie who uses 9/11 as a teaching tool in his classroom. He desperately wants students to think about empathy and alternatives to war. Because of this, I steered clear of making New York too much of a character. I thought the movie might become heavy-handed had I taken that approach. I didn’t want to show the Freedom Tower or shots of huge hulking buildings. That would have been tacky. 9/11 felt like it happened to everyone, not just New York. Not just America, but the world. It was a reminder. No one is safe. I think this kind of paranoia lives in the hearts of everyone now. So in that sense, I feel like this movie could take place anywhere.

What films did you draw inspiration from? Maybe because so much of the film seems to involve the two couples and takes place in New York apartments, it made me think of Woody Allen, “When Harry Met Sally” and even “The Exorcist.” Am I totally off base?

I love so many Woody Allen movies. That was my film education in college, just discovering and watching and re-watching Woody Allen movies. And regarding “When Harry Met Sally,” I’ve probably seen it about 50 times on VHS. I’d watch it with my mother, who adored Meg Ryan. I haven’t thought about it in years, but as this moment, I’m reminded of so many scenes I love from it. The double date with Bruno Kirby and Carrie Fisher. They’re both so brilliant! “Get over yourself.” The spritely New York spirit of the entire movie. The effortless dialogue. I’d forgotten how much of an impact that movie had on me. Max Casella [who stars in “Applesauce”] sometimes gets compared to Bruno Kirby. That annoys him. And it makes sense. Max is such a singular presence. He doesn’t want to be compared to anyone.

Do you think that’s why “Applesauce” reminded you of “When Harry Met Sally,” Paula?

Don’t tell Max, but yes, he reminded me of Bruno Kirby!

And “The Exorcist?” Hmmm, that’s an interesting movie to think of here. There’s a really really dumb joke in the movie where my character references “The Exorcist.” Maybe that’s why you thought of it. Maybe the score. Michael Montes composed one hell of a string score for the more unsettling scenes. It gives the movie a nice shift in tone when things get a little portentous. 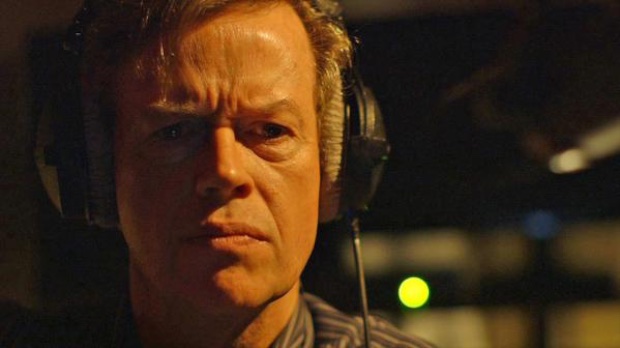 How did you find the body parts? Did someone on the production make them or did you buy them? Was your intention for them to look totally realistic?

Of course, I wanted them to look real, Paula. What kind of director would I be if I wanted the body parts to look fake?

I guess I was being too intellectual about this! I was thinking that maybe there was supposed to be a question about the body parts: are they real? or are they a simulacrum?

I’m not sure what simulacrum means and I don’t feel like looking it up. They were supposed to look real.

A company out of Baton Rouge, LA called Composite Effects made the body parts. Nice work, good price. We did a few midnight screenings at the Nitehawk Cinema [in Brooklyn] a few weeks ago and we gave all attendees a free bag of popcorn. Some of the bags contained very realistic severed fingers in a plastic baggies. We wanted to give the audience a real “William Castle” experience. The crowds were small, but the gag worked like a charm.

I’m all about making accessible genre films now. I ask myself, “how can I make a dialogue-driven movie with independent film sensibilities that might reach a larger audience?” With “Applesauce,” I sprinkled the script with body parts. With “Summer of Blood,” I turned one of the characters into a vampire. With the next one, who knows? Maybe I’ll have two incredible actresses beat the hell out of each other. Before I fell in love with Woody Allen movies, I watched a lot of trash!