Here Are All the Movies Opening Today, October 16; What Will You See? 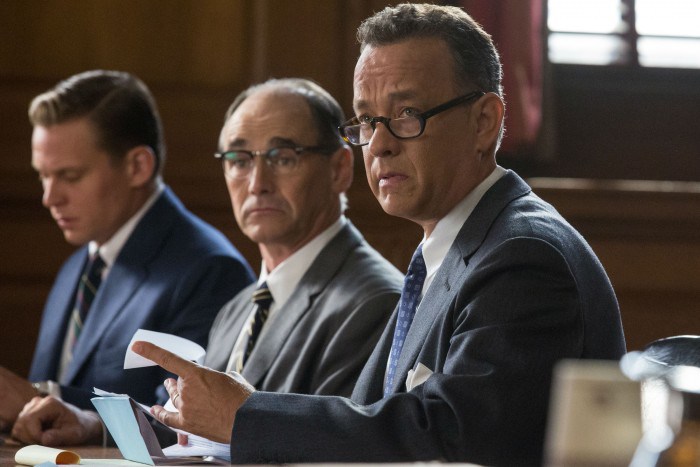 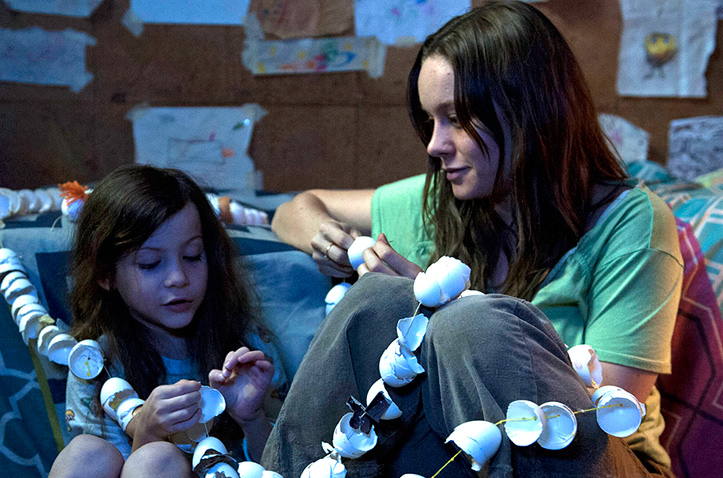 Here are the films opening theatrically in the U.S. the week of Friday, October 16. All synopses provided by distributor unless listed otherwise.

Crimson Peak
Director: Guillermo del Toro
Cast: Mia Wasikowska, Jessica Chastain, Tom Hiddleston, Charlie Hunnam, Jim Beaver, Burn Gorman, Javier Botet
Synopsis: “In the aftermath of a family tragedy, an aspiring author is torn between love for her childhood friend and the temptation of a mysterious outsider. Trying to escape the ghosts of her past, she is swept away to a house that breathes, bleeds… and remembers.”
Criticwire Grade Average: B+ (10 reviews)

Woodlawn
Directors: Andrew & Jon Erwin
Cast: Caleb Castille, Sean Astin, C. Thomas Howell, Jon Voight, Nic Bishop, Virginia Williams, Brando Eaton, Sherri Shepherd
Synopsis: “In 1973, a spiritual awakening captures the hearts of the Woodlawn High School Football team. Lead by their coach, Tandy Geralds, and fueled by the team’s dedication to love and unity in a school filled with racism and hate, the team makes an astounding run at the playoffs, leading to the largest high school football game ever played in the torn city of Birmingham, Alabama, and the rise of its first African American superstar – Tony Nathan.”

All Things Must Pass
Director: Colin Hanks
Synopsis: “Established in 1960, Tower Records was once a retail powerhouse with two hundred stores, in thirty countries, on five continents. From humble beginnings in a small-town drugstore, Tower Records eventually became the heart and soul of the music world, and a powerful force in the music industry. In 1999, Tower Records made $1 billion. In 2006, the company filed for bankruptcy. What went wrong? Everyone thinks they know what killed Tower Records: The Internet. But that’s not the story. All Things Must Pass is a feature documentary film examining this iconic company’s explosive trajectory, tragic demise, and legacy forged by its rebellious founder, Russ Solomon.” [SXSW Film Festival]
Criticwire Grade Average: B+ (4 reviews)
Theatrical Release: New York and Los Angeles (opens in Sacramento on October 23rd)

The Assassin
Director: Hou Hsiao-hsien
Cast: Shu Qi, Chang Chen, Yun Zhou, Satoshi Tsumabuki, Ethan Juan, Nikki Hsieh, Xiaoqing Zuo, Xu Fan, Ni Da-Hong, Leon Dai, Jack Kao Kuo-Hsin
Synopsis: “9th century China. 10-year-old general’s daughter Nie Yinniang is abducted by a nun who initiates her into the martial arts, transforming her into an exceptional assassin charged with eliminating cruel and corrupt local governors. One day, having failed in a task, she is sent back by her mistress to the land of her birth, with orders to kill the man to whom she was promised – a cousin who now leads the largest military region in North China. After 13 years of exile, the young woman must confront her parents, her memories and her long-repressed feelings. A slave to the orders of her mistress, Nie Yinniang must choose: sacrifice the man she loves or break forever with the sacred way of the righteous assassins.” [Cannes Film Festival]
Criticwire Grade Average: A- (28 reviews)
Theatrical Release: New York and Los Angeles (expands to various cities nationwide through the middle of December)

A Ballerina’s Tale
Director: Nelson George
Synopsis: “Iconic ballerina Misty Copeland made history when she became the first African-American woman to be named principal dancer of the legendary American Ballet Theater. Get the incredible, behind-the-scenes story of how she overcame a tumultuous upbringing and near career-ending injuries to become one of the most revered dancers of her generation.”
Theatrical Release: New York (expands to various markets throughout November)

Mi America
Director: Robert Fontaine
Cast: Michael Brainard, Robert Fontaine, Brad Lee Wind, Grant Boyd, Zoe Hunter Lee, Annmarie Lawless, Angel Valle Jr., Ariene Rhinehart
Synopsis: “A hate-crime has been committed that has upset the delicate balance of a small, ethnically diverse waterfront city in upstate New York. After the kidnapping and disappearance of five Hispanic migrant labors, Hispanic-American detective Rolando Ramirez is assigned to the case. Or was it fate? His journey will force him to question his own identity, and beliefs, on what it means to be a North American, and in turn, attempt to bring those who committed this crime to justice.”
Theatrical Release: New York (opens in Los Angeles on October 23rd)

Momentum
Director: Stephen S. Campanelli
Cast: Morgan Freeman, Olga Kurylenko, James Purefoy, Sabine Palfi, Karl Thaning, Dylan Edy, Lee-Anne Summers, Grant Roberts, Daniel Fox
Synopsis: “When Alex, an infiltration expert with a secret past accidentally reveals her identity during what should have been a routine heist, she quickly finds herself mixed up in a government conspiracy and entangled in a deadly game of cat-and-mouse with a master assassin and his team of killers. Armed with her own set of lethal skills, Alex looks to exact revenge for her murdered friends while uncovering the truth.”
Theatrical Release: Various (including New York, Los Angeles, Atlanta, Chicago, Dallas, Detroit, Miami and Phoenix)

Room
Director: Lenny Abrahamson
Cast: Brie Larson, Jacob Tremblay, Joan Allen, William H. Macy, Sean Bridgers, Megan Park, Amanda Brugel, Kate Drummond, Chantelle Chung, Randal Edwards, Jack Fulton
Synopsis: “Jack is a young boy of 5 years old who has lived all his life in one room. He believes everything within it are the only real things in the world. But what will happen when his Ma suddenly tells him that there are other things outside of Room?”
Criticwire Grade Average: A- (14 reviews)
Theatrical Release: Various (including New York, Los Angeles and Washington, DC)

The Russian Woodpecker
Director: Chad Gracia
Synopsis: “Young, eccentric Ukrainian artist Fedor Alexandrovich was just four years old when the Chernobyl disaster struck, but the event had a profound effect on him. In seeking to learn more about what happened at the nuclear plant, Fedor becomes fascinated with the Duga—a massive, Soviet-constructed radio antenna near the Chernobyl site that remains shrouded in mystery. Fedor discovers the Duga was one of the USSR’s secret Cold War weapons built to penetrate Western communications systems and, possibly, minds. He arrives at a terrifying conclusion that not only explains the radio antenna’s role in the disaster but also lays bare the cruelty inflicted on Ukraine by its Russian neighbors. Fedor must decide if he will protect his family and himself, or tell the world what he believes.” [Sundance Film Festival]
Criticwire Grade Average: A- (9 reviews)
Theatrical Release: New York (opens in Los Angeles on October 30th)

Tab Hunter Confidential
Director: Jeffrey Schwarz
Synopsis: “In the 1950s, Tab Hunter is America’s Boy Next Door. Nothing, it seems, can damage his skyrocketing career. Nothing, that is, except for the fact that Tab Hunter is secretly gay. Now, Tab Hunter’s secret is out. In ‘Tab Hunter Confidential’ we will meet, for the first time, the real Tab Hunter as he shares with us the whole story of a happy, healthy survivor of Hollywood’s roller coaster.” [SXSW Film Festival]
Criticwire Grade Average: B+ (5 reviews)
Theatrical Release: New York (opens in various other cities through the end of November)

The Tainted Veil
Directors: Ovidio Salazar, Nahia Al Fahad & Mazen al Khayrat
Synopsis: “Generally, in religious and secular societies, it is a simple issue and a matter of choice to wear the hijab. ‘The Tainted Veil’ voices the arguments and the deep rooted errors in thought and practice that are the reason behind what makes the hijab a
controversial topic all over the world. It for once and for all, attempts to put the topic to rest, showing the reason why it is so tainted, and the people behind it, against it and for it.”
Theatrical Release: Los Angeles (opens in New York on December 11th)

Missed last week? Here are all the releases from the weekend of October 9th.