Here's How These Two Female Filmmakers Made Their First Features 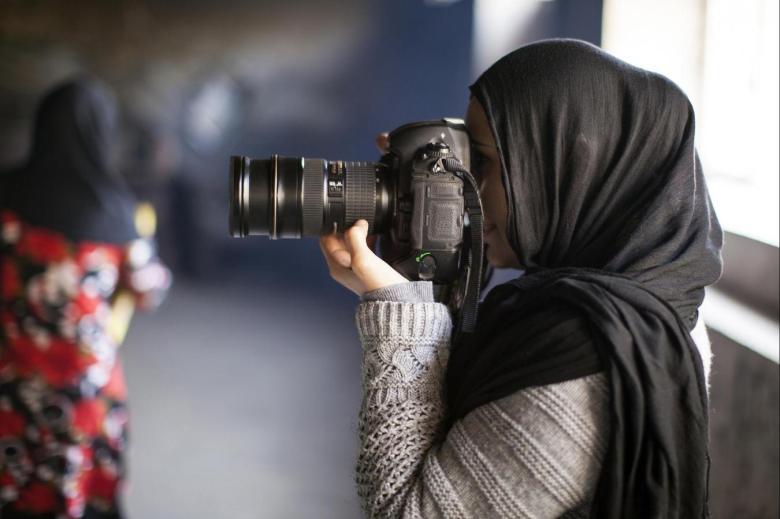 At first glance, “Frame by Frame,” a documentary about Afghanistan’s photojournalists, and “Happy 40th,” a narrative drama about a middle-aged wheelchair-bound woman hosting a birthday weekend with friends, have little in common. But, in fact, they have at least a couple of things in common: They were both first features by female directors. At a recent BendFilm Festival (BFF) panel about first-time filmmaking, the films’ directors, Alexandria Bombach and Madoke Raine, respectively, were on hand to discuss how they made their first features.

Bombach, who co-directed (with Mo Scarpelli), produced, shot and co-edited “Frame by Frame,” which was screening in the Documentary Competition at BFF, said she initially started out making a short film in Afghanistan before realizing she had a feature on her hands. “I was seeing life on the streets, everyday life, I was inspired by it. it made me question my perception of this place. I wanted to go and tell a story about local storytellers and see Afghanistan through their lens,” she said.

Raine had previously directed one short film, “Jumping In,” and she knew she was ready to graduate to a feature. She wrote, directed, produced and acted in “Happy 40th.”

Below are tips from the panel:

“Make something. Find something you can do for $30,000 or less and just make something. Don’t dwell on the $3 million film you could make,” said Grady. As an example he pointed to Tukel’s “Summer of Blood,” which Grady said was shot for around $15,000 using their friend’s apartment. The successful economic model allowed them to increase the budget for Tukel’s next film, “Applesauce,” which cost around $100,000. “If you can get an idea that you can shoot fast and quick, just do it.” 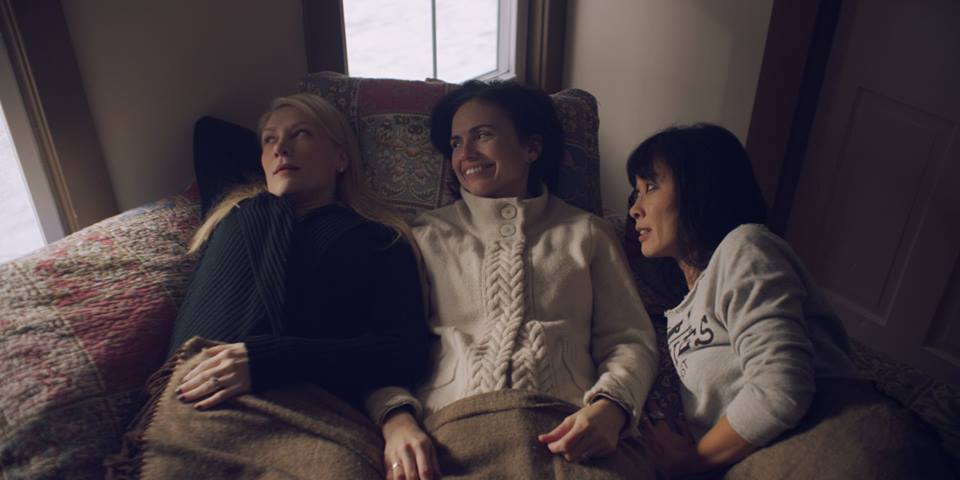 Whatever the budget, focus on your distinctive style.

“Your art comes through. It doesn’t matter how small it is. Your style is your style. You just do the best you can do in your circumstances,” said Raine. “It speaks volumes to actually finish a feature film in terms of you have this feature film now. All I have is this feature, but it’s a lot. If you want to go farther and do another one or direct TV episodes, it’s worth it to just do the best you can do with the smallest amount.”

Keep things simple if you can.

“I had only done one short and I wanted to do a feature and I wanted to do something that I could actually do. When I was writing the script, I kept thinking how do you make it the cheapest way you could make it?” said Raine. “That’s not why the lead actress [in my film] is in a wheelchair, but she’s in a wheelchair and she doesn’t want to go out anymore so she’s stuck in the house. If her three friends came to stay with her and her husband it would be a Friday to Sunday in one house and a couple outdoor car scenes where they go to the beach.”

Raine said she cast an actress friend [Yvonne Woods] in the lead role and her own husband played her husband in the film. 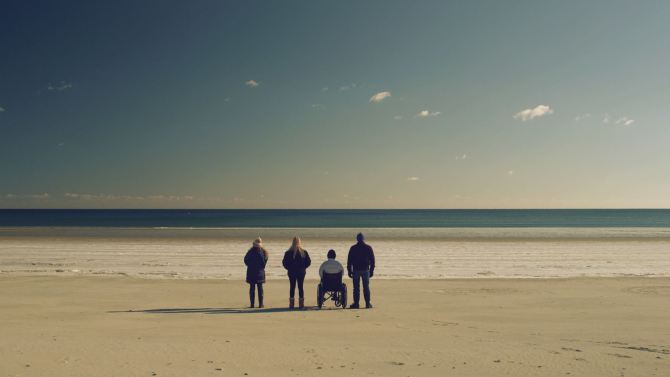 Be creative when it comes to locations.

Raine said she shot “Happy 40th” during the winter in Maine when beach houses are dramatically cheaper than they are in the summer. “You can rent these homes for so little money. We shot in one of them and lived in it and the other one was for the extra crew,” she said.

Plan ahead as much as possible.

“I shot a feature in nine days and there is no margin for error. I needed snow to happen. It was January in Maine and there was most likely going to be snow. Luckily, the exterior elements worked magically,” said Raine, explaining how some things were out of her control no matter how much she planned.

But given the tight budget and short shooting schedule, Raine said she had to study the footage as carefully as she could every night. “I found two things that I had to reshoot which were small things. But when you’re shooting in nine days, even if they’re small things, you still have to set up and you still have to shoot,” she Raine said. She advised filmmakers to “look at all of the footage really carefully. Even if I had made a mistake, I couldn’t go back and reshoot — getting the house and all the people together wouldn’t have been possible. It was about being as meticulous and careful as possible while still being artistic.”

Both Bombach and Raine had successful crowdfunding campaigns, which helped fund production. Initially, Bombach said she sold her car so she and her co-director could go to Afghanistan and find their main “characters” for the documentary. When they realized they had enough good material to make a feature, they needed to raise more money. “I didn’t have another car to sell, so we raised money on Kickstarter,” said Bombach. They started with a $40,000 goal and managed to raise $70,000.

“It was 1,200 people who said ‘yes, this is a film we want to see,'” Bombach explained. “It was such a great thing because throughout the process we had this backing. Kickstarter isn’t about the money. It really is about this huge community you’re building around your film.”

Raine raised more than $25,000 on Kickstarter to fund production. “I put a trailer together very quickly and quickly raised another $5,000 for editing,” she said.

One backer perk, in particular, drew significant interest. “We had small parts to cast, so I said, ‘if you give $2,500, you can be in the film,'” explained Raine. “I had roles for one limo driver to drop off and one to pick up and they both went to heart surgeons who were so excited. Now their names are both on IMDB. They’re thrilled.”

Don’t forget to leave enough time and money for post-production.

“Editing and the post-production process was really intense financially,” said Bombach. “The money dried up. We applied to like 30 grants and got two small ones. We didn’t know where the money was going to come from.” She gave a talk about Telluride Mountainfilm and ended up gaining two producers. But money was still a challenge. “It made it really hard because Mo [Scarpelli] and I had to do every job — directing, editing, producing.”

Also, fundraising while editing their first feature-length documentary was “the biggest uphill battle,” said Bombach. She and Scarpelli were editing “Frame by Frame” until one week before SXSW, where the film premiered.

“We had no idea how long it was going to take to edit and how much that was going to take over our lives,” she said. “Mo thought we would be done in two months and I was like ‘no, it will take six months.’ It was a year and a half.”