How Can Middle-Class Filmmakers Make a Living? 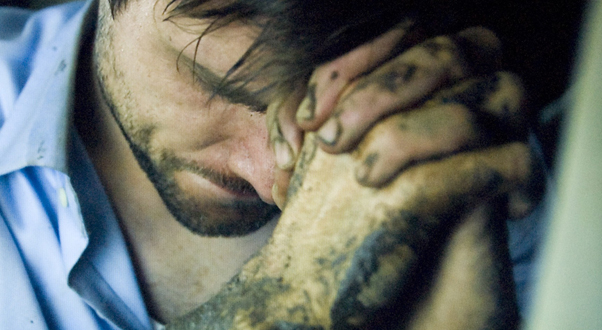 The income disparity in this country, which is the worst it’s been since 1928, mirrors the current budget disparity between studio films and independent films. While the former has been recognized publicly as an epidemic, the latter has reached epidemic proportions; however, it’s an issue that has been largely, if not entirely, ignored by those inside and outside of Hollywood. While the middle class in our society has disappeared, so has the middle class in the world of filmmaking.

There have been those who have alluded to the effect of such a disparity. Dustin Hoffman recently said in an interview that “It’s the worst that film has ever been—in the 50 years that I’ve been doing it, it’s the worst.” Oddly, though, he was largely dismissed, critics suggesting his complaint was more about not getting the same roles he used to get. He’s older, of course, and won’t be getting offers to play the lead in whatever the next “Graduate”-esque film will be.

I have to believe Hoffman is fully aware of his age and where, as an actor, he fits into a movie’s milieu. When he refers to film being the worst it’s ever been, he’s referring to it as a business; specifically, a business that’s eclipsing the art, originality and storytelling that used to be (and should be) the core of what movies are.

In a no-nonsense interview with MSNBC’s Lawrence O’Donnell, Variety’s editor Peter Bart said, “It’s impossible to get an independent picture made at a major studio. The major studios want tentpole pictures that appeal to an international box office. 70 percent of that audience is overseas.” Furthermore, his advice for indie filmmakers: “Find yourself a billionaire who would prefer to own a movie rather than owning a politician, because it’s come to that.”

The sheer fact of it is: if you’re a member of the middle class of filmmaking, it’s nearly impossible to make a living. At least, currently. So, where’s the voice, or voices, of our collective struggle, fighting for our rights to make a living? Where’s our industry’s Bernie Sanders? There is no one because the one percent of Hollywood is making far too much money producing a limited amount of products that sell to the broadest spectrum of people.

Lawrence O’Donnell said, “The success of ‘Jurassic World’ may mean that movie studios have never valued original material less as they do now.” Why would they, when box office numbers are that good? In the 1970’s, their mindset was altogether different. Sequels were considered creative cesspools. Screenwriter William Goldman referred to sequels as “whores’ movies.” Now, sequels are the status quo—they’re the norm—while original movies have become anomalies. The money is in franchises, which is, perhaps, why TV is thriving. Television shows are mini-franchises. They provide a seemingly endless well of material from which to bucket into viewers’ homes season after season.

READ MORE: How Do You Make a Living as an Independent Filmmaker? It’s Not Easy 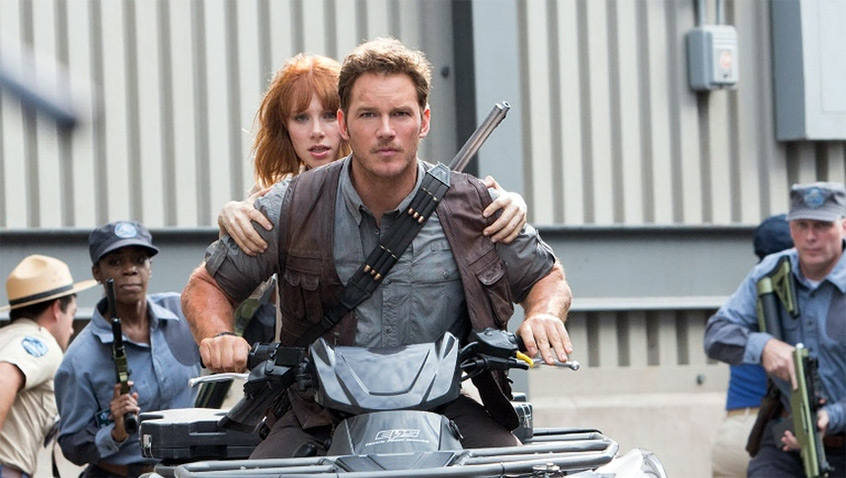 While the industry’s current rubric may be financially successful, we must ask ourselves, what’s the cost in the long run? Paintings are bought and preserved in museums, literature is awarded the Nobel Prize, and landmark buildings are protected by law and often renovated with taxpayer dollars. What’s protecting the integrity of movies, if the system from which they’re being produced values financial reward above all else? Are movies simply a pop cultural fad? Are they simply a product? I don’t think so, and if you’ve ever been affected by a movie, you don’t think so either. We quote movies, we reenact movies, and compare movies to our own lives on a regular basis—much more often than we compare our lives to paintings, literature or architecture. Movies are weaved into the fabric of our cultural landscape so intricately, that to remove its thread threatens to unravel our entire culture.

America is a country that prides itself on industry and innovation in industry. While Hollywood remains one of the country’s biggest industries, it has ceased to be a leader in innovation. In fact, the current business model is one that stymies innovation, and innovation in this business is originality; it’s storytelling, not special effects or computer-generated spectacles. The bells and whistles that mask as innovation are only as innovative as the stories themselves. Everything must serve the story; it’s that plain, it’s that simple. The problem is, there’s a dollar and a cent to be made by telling the same story, in the same way, again and again—all Hollywood has to do is switch up the actors and wrap it in a nice, new shiny package.

Martin Scorsese, arguably the closest thing to a populist leader in the film world, has said: “We can’t afford to let ourselves be guided by contemporary cultural standards—particularly now. There was a time when the average person wasn’t even aware of box office grosses. But since the 1980s, it’s become a kind of sport—and really, a form of judgment. It culturally trivializes film.” The cost to the public seems obvious: we’re being deprived of good, unique and meaningful visual storytelling. But what’s the cost to the industry itself? 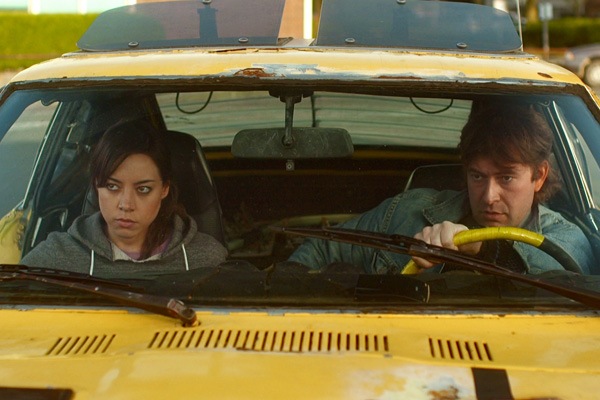 If there’s no middle ground in the business—if it’s just movies made for hundreds of millions and movies made for hundreds of dollars—how do filmmakers grow in the industry? While I am not privy to the behind-the-scenes details of the latest “Fantastic Four” movie, there was a very public kerfuffle between filmmaker, Josh Trank, and studio [20th Century fox], which may have led to the filmmaker’s removal from a future “Star Wars” franchise film. Prior to helming these multimillion-dollar epics, he made a relatively small movie called “Chronicle.”

The current model of professional filmmaking no longer provides a bridge from microbudgets to megabudgets; there is no longer a training ground for filmmakers to cut their teeth. To direct a studio film, you either have to already be among the A-List go-to directors who have made those films, or direct a microbudget film, like Colin Trevorrow’s “Safety Not Guaranteed” for $750,000, and as a direct result, get the offer to direct “Jurassic World” for $150,000,000. Statistically, the latter is akin to winning the lottery, and what would have happened to Colin Trevorrow if “Jurassic World” had bombed?

Other major industries in this country—law, finance, technology—value such bridges, because such bridges strengthen the professionals inside them, which in turn, strengthen the professions. Hollywood may be in the black now, but all it takes is a handful of megabudgets to flop to collapse a studio. Would the top five law firms in the country entrust their highest-paying clients to their junior associates? An industry that cares about itself—both its product and its legacy—must look to the future and nurture their professionals to ensure the brightness of that future.

Hollywood leads the pack with respect to the film industry, yet other countries have taken the lead protecting cinema and funding the art form through government programs and grants. In 1984, France declared Henri-Georges Clouzot’s film “The Mystery of Picasso” a national treasure, and David Cronenberg’s films have routinely benefited from Canadian government funding—and David Cronenberg is not a mainstream filmmaker. Movies have, arguably, informed the American culture more than any other culture on the face of the planet, but are not held in as high esteem as other cultures. To quote one of my favorite professionals in this business, John Carpenter: “In France, I’m an auteur; in Germany, a filmmaker; in Britain, a genre film director; and, in the USA, a bum.”
For this business of movies to be successful both financially, and culturally, it must aspire to be 50 percent commerce and 50 percent art. Right now, the commercial side is severely outweighing the artistic side, and it’s doing long-term damage.

When movies are made in boardrooms on the basis of demographics, the studios alienate those people to whom movies are more than just a product. Instead of making a variety of films that target different, more niche markets, they make one movie for the price of a dozen and bet it all. This model leaves little room for experimentation or artistic risks; the innovation I mention above.

As a filmmaker, that’s stifling. Additionally, by eliminating the middle class space of filmmaking, there’s no viable way for filmmakers to practice their craft—unlike painting and literature, it takes a lot of money and a good deal of resources to make a movie, at least ones with competitive production value. For filmmakers, making movies is a privilege; for the world, it’s an art form that’s necessary. All we need to do is figure out a way to provide filmmakers with the adequate resources to tell those stories that absolutely need to be told, and allow them to make a living doing it. There must be a balance between art and commerce. If commerce overshadows the art, then the product is doomed from the start.

William Dickerson is a writer and director whose debut feature film, “Detour,” was hailed as an “Underground Hit” by The Village Voice, an “emotional and psychological roller-coaster ride” by The Examiner and “authentic” by The New York Times. He self-released his metafictional satire, “The Mirror,” which opened YoFi Fest’s inaugural film festival in 2013. He recently completed his third feature, “Don’t Look Back.” His first book, “No Alternative,” was declared, “a sympathetic coming-of-age story deeply embedded in ’90s music” by Kirkus Reviews. His latest book, “DETOUR: Hollywood: How To Direct a Microbudget Film (or any film, for that matter),” is available now on Amazon. You can follow him on Twitter @WDFilmmaker and visit his website.

This Article is related to: Toolkit and tagged Filmmaker Toolkit: Budgets