How Robert Eggers Combined History and Childhood Horrors in 'The Witch' 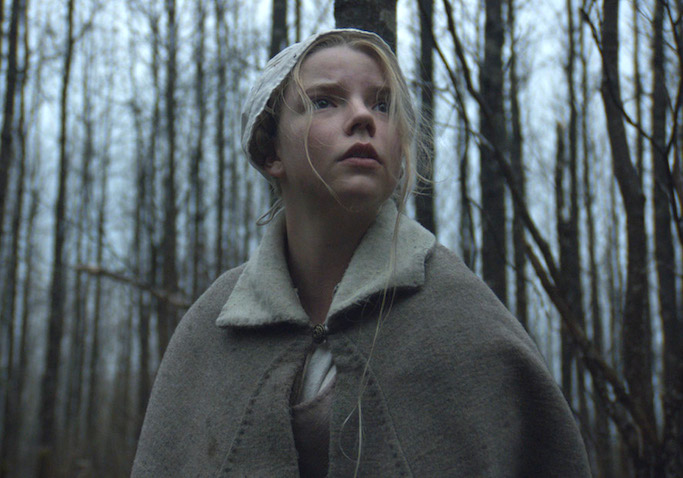 For its final festival screening before hitting theaters this coming February, director Robert Eggers returned to his home state to screen his film “The Witch” at last weekend’s New Hampshire Film Festival.

“The Witch,” which won Eggers the Best Director award at this year’s Sundance Film Festival, tells the story of a family of Puritan settlers in 17th century New England who leave the safety of their plantation to build a life for themselves on the edge of a dark and foreboding woods. As ominous events continue to plague the family, and only escalate in severity, the family realizes they may be fighting more than the harsh, impending winter.

Playing to a packed theater, Eggers took the stage to discuss the film’s production, reception and upcoming distribution.

On finding inspiration and research

“When it came to the writing of this piece, it came from the source material. What was really interesting about the research, was that aside from the extreme intelligentsia, the fairy tale world and the real world were the same thing. We looked at fairy tales and folk tales, but also diaries and accounts of real witchcraft and court records, and you see the same tropes throughout, the same witch. It was really cool to realize that doing a fairy tale as if it could really exist was the most realistic portrayal of the 17th century that the layperson would have experienced. If I could take a Puritan’s nightmare as I would envision it and upload it into the audience’s mind’s eye, that was the goal. 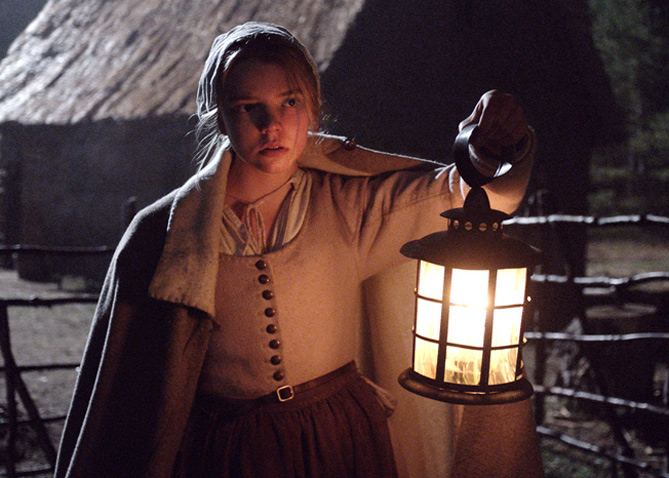 ” In terms of cinematic influences, I really like Bergman and Dryer, and they’re definitely in there. I would also say that this movie owes more to ‘The Shining’ than a lot of other things.”

On shooting on location in the Canadian wilderness

“We actually had to shoot the film in Canada, and as a New Englander, for me, that was very hard. I did think, ‘Okay, we’re in Canada. There’s going to be virgin forests everywhere,’ but no. There was so much logging in the area, that all we could find at first was these tiny, crappy, planted red pine forests. We had to go further and further and further off the map to find white pines and hemlocks that were at least big enough to look like woodland. The area we were shooting in was extremely remote, like 60 people living in it. The nearest town was also very small, it all made New Hampshire look like a metropolis.”

“We had to build everything because those kind of houses, you know, don’t exist. They got turned into buildings. We did years and years of research on what it was like living on the Plymouth Plantation and talked to people who were experts in their field. We used all the building materials that would have been accurate to the period, as well as accurate clothing.” 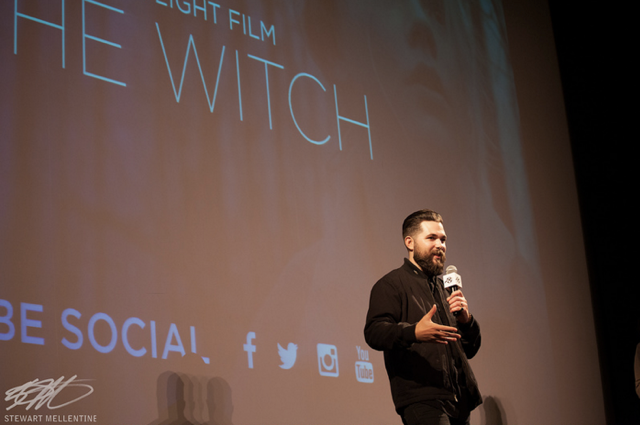 “This film, with the exception of night exteriors, is all natural light and flame. For all of the night interiors, we had special candles with triple wicks that you could get exposure with and we have flame bars off camera. The one shot with the raven, we had an electric bulb that was flickering because the fire would have scared the raven.”

On wanting to shoot in his native New Hampshire

“It was so frustrating not being able to! New Hampshire doesn’t have tax incentives, and Canada payed for half of this movie. When I was out scouting in Canada for two months, I would see nothing, and then I’d come home and drive through New Hampshire and see these huge white pines and get so frustrated!”

“I’m from Lee, New Hampshire and, this will probably make everyone vomit, what I say is, ‘I’m from New England but, as a child, New England’s past was always part of my conscious, growing up in a rural town with dilapidated colonial farmhouses and graveyards in the middle of the woods.’ [laughs] Growing up, we always had stories of the witch in the woods or the witch down the block, I tried to go to Salem every Halloween and I was always disappointed that the witches weren’t real.” 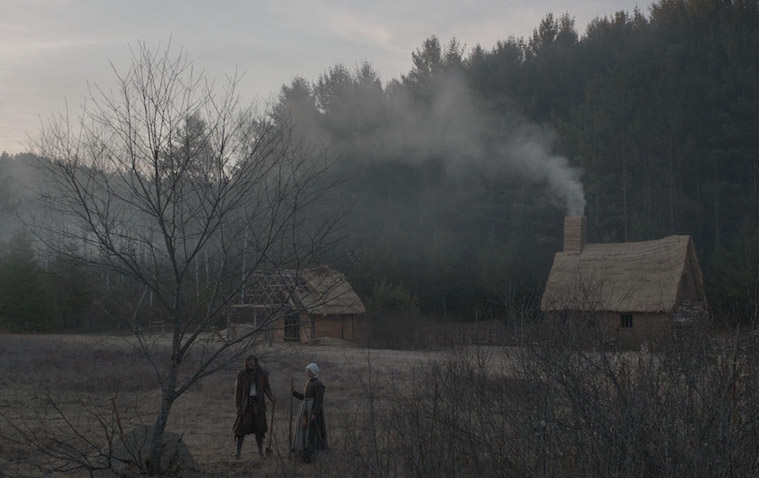 On casting the film and working with children

“I was really really fortunate that when we found investors, they really wanted to make the film that I wanted to make. They let me cast whoever I wanted, so it was about finding people who were appropriate for the roles, but also really good people because I knew the shoot was going to be really tough and we needed people who were going to trust and care about each other.”

“Also, I was very fortunate, given my budgetary level, to have a week of rehearsals where we really worked together to build this family so there would be love there. That way, we could see this family fall apart. When I was younger, I used to think it was kind of cool to abuse actors mentally, but I really disagree with that now. If you’re going to explore these dark places, you have to be able to climb back out, otherwise you’re damaging people. 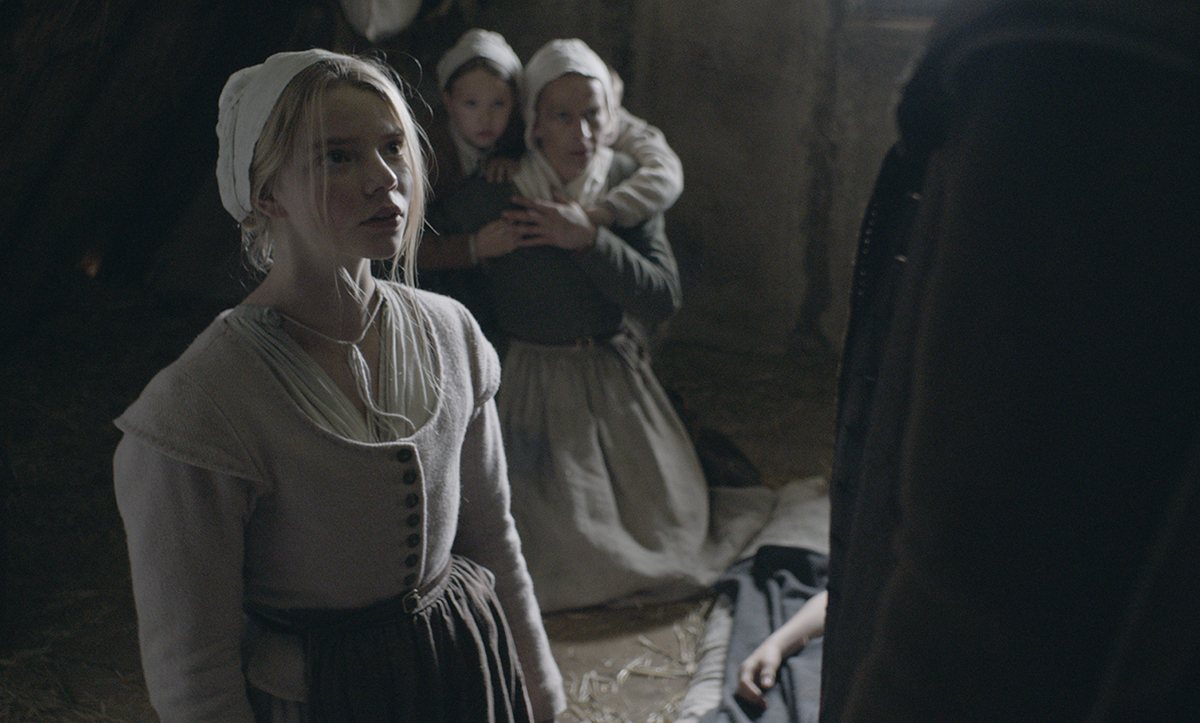 “This was especially true with the children. The kids had a very Disney-fied idea of what this story was. With the little kids, there was a lot of mannequin acting where you’d go, ‘Stand there, open your mouth a little bit, breathe,’ then you put in a witch and some music and it seems terrifying. The littlest kids did not see the movie, but the other ones have.”

On the film’s haunting score

“The music was definitely collaborative. I will say I was very specific, but the composer came in with things I never would have thought of. Basically, I knew I wanted to do 17th century instruments, which we did, believe it or not, and that I wanted to make very dissonant music with these instruments. Mark [Korven] brought in a lot of extra instruments that I didn’t know that are extra ancient and extra interesting. The other thing is, I originally wanted it to be only strings, but in the process of interviewing other composers, they all said we should really have voices.”

“I thought that an all-female choir for the woods and for the witch would be good, so Mark found us a fantastic choir of these women who are just incredible and super dedicated. When they were singing, the sound mixer was horrified because they were drooling and trembling and having fits and it was crazy and totally awesome.”

On potential plot spoilers before the film’s wide release

“You always try to do spoiler control, but any time there’s one of these Q&As, they’re going to be online and they’re going to contain major major spoilers and you want them not to be there but we live in a horrible, horrible world.” [laughs]

READ MORE: There’s Evil In The Woods In The First Haunting Trailer For Sundance Award Winning Horror ‘The Witch’

This Article is related to: Features and tagged Robert Eggers, The Witch