In 'Unearth,' a Tale About Fracking Becomes a True Horror Story 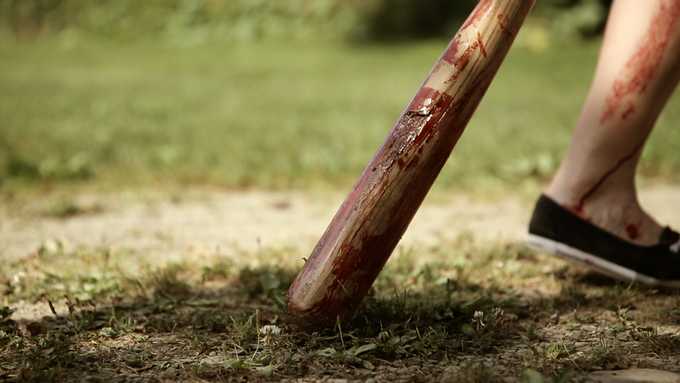 Logline: When one desperate family leases their farmland to a gas company relationships crumble and a menacing entity is revealed. Be wary what you reap, when your land is sown with secrets.

Elevator Pitch:
Equal parts docu-drama and eco-horror, “Unearth” is a terrifying, and uniquely American story, which follows two neighboring farm families whose relationships are put to the test when one of them leases their land to a gas company and has it drilled using a controversial method know as “fracking.”

In the midst of this growing tension something long dormant beneath the surface is released. First, it’s the water. Then, it’s their health. And when one of them disappears in the night, the families must join together or descend into chaos, though it may already be too late.

Dorota Swies – Director of Photography/Producer
Swies is the co-owner of Lyons Den Productions and has served as producer, director of photography and co-editor on our last two films. She has a Masters degree of Fine Arts in New Media and a strong eye as both a photographer and web designer.

“Monster” Mark Kosobucki – Special FX Coordinator
Kosobucki is a graduate of the Douglas Education Center for Special Makeup FX and Sculpting. Also a talented illustrator and designer, he will be designing all of the posters for this film including the ones available in our reward tiers.

Andi Wondersound – Composer
Wondersound has scored each of Lyons Den Productions films. A talented illustrator in his own right, he designed the poster and props for our last feature, “There Are No Goodbyes.”

Courtney Lang – Models and Props Master
Lang has a Masters degree of Fine Arts from Chatham and built many of the props used in our last feature, “There Are No Goodbyes.” She is returning to Pennsylvania help us construct an underground drilling and water contamination model and others props as well as create the hand-bound scripts and aged, hand-drawn maps available in our reward tiers.

*Several key crew positions are still needed for this production. With a successful Kickstarter campaign we will hire experienced crew to fill these roles.

About the Film:
I spent my entire youth on farms and in the woods of Pennsylvania and learned the importance of the land and our relationship to our environment. After viewing the effects of industry on my beautiful state in documentaries like “Gasland” and “Triple Divide,” and evidence regarding years of cover-up regarding water contamination caused by fracking, I was inspired to write this story.

To support the regional filmmaking community and give the story an authentic feel, I plan to shoot in Pennsylvania near the very towns I grew up. Areas faced with the difficult decisions and hardships presented in this story.

Current Status: We are fundraising with the hope of entering production in spring of 2016.