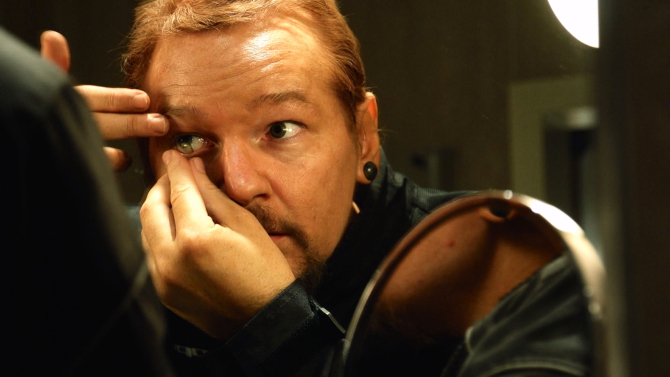 Last year, a secret film called “Citizenfour” sent shockwaves through America when it premiered at the New York Film Festival. Arriving as if from thin air, the documentary told the behind-the-scenes story of Edward Snowden and his decision to leak classified NSA documents that implicated the agency in illegal practices, including wiretapping and metadata collection. The director, Laura Poitras, had been invited by Snowden to spend eight days in his hotel room in Hong Kong as the documents rolled out to the media. She trained a compassionate but steady eye on the events as they unfolded; rather than sensationalizing them, Poitras let the gravity of the circumstances speak for itself.

An Oscar, a Pulitzer Prize and less than a year later, Poitras was back at the New York Film Festival this week to premiere another documentary about a whistleblower. But this time, her film —”Asylum,” featuring Julian Assange — and its revelations weren’t going to make the headlines. Front and center was her new company, Field of Vision, and its promise to change the face of journalism.

Field of Vision was born of conversations about changing tides in storytelling and media. I met co-founders Poitras, A.J. Schnack and Charlotte Cook at the stylish New York offices of The Intercept, the alternative news website Poitras co-founded with Jeremy Scahill and journalist Glenn Greenwald, who appears extensively in “Citizenfour.” (Both Field of Vision and The Intercept are funded by billionaire Pierre Omidyar’s First Look Media, which Schnack said has been “very generous and supportive” of their venture.) Six months ago, the trio began throwing around the idea of a company that allowed for journalism to reach a heightened potential. “So many times I’m reading a New Yorker article and I’m like, God, I wish there was a camera in the room,” said Poitras.

Even the most compelling traditional journalism lacks the visceral quality that emerges from watching a human face. Poitras recalled the recent impact of the drowned Turkish refugee boy on public consciousness. “That just completely changed how people responded to the refugee crisis in Europe,” she said. “We believe that visuals can do something that print cannot do in terms of building empathy, and showing the world in a way that reaches people not just intellectually, but emotionally.” 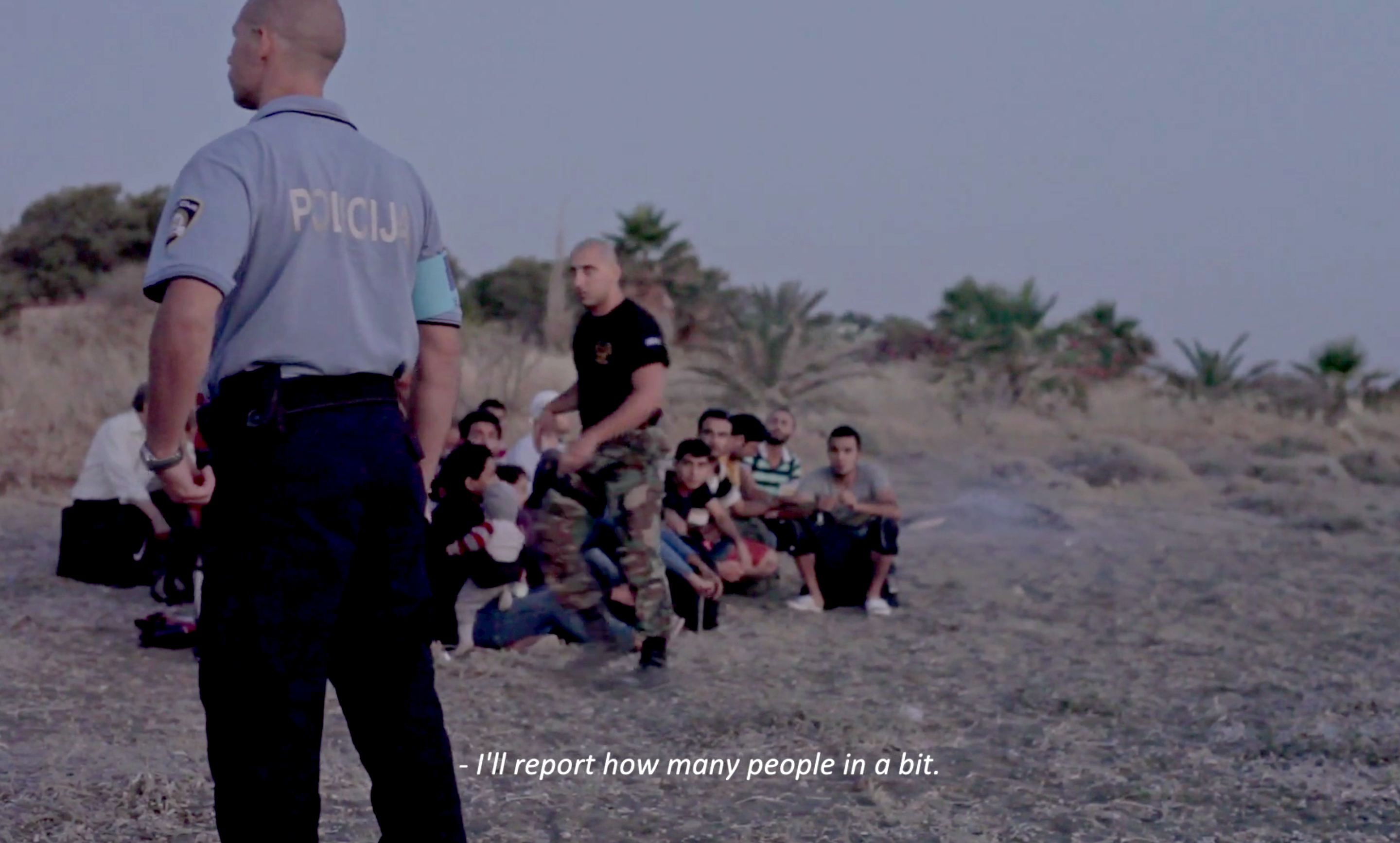 The Field of Vision pioneers have termed their model “cinematic journalism.” Inspired by the LIFE Magazine collaborations between long-form journalists and photographers, they hope to bring what Poitras calls a “world in action” quality to their work that harnesses the galvanizing power of cinema. “We want to find a way into a news story from a different angle that doesn’t strike people as a news story,” said Schnack. “We want to tell that story in a visual, cinematic way, using filmmakers as artists.”

Field of Vision is committed to commissioning up to fifty nonfiction films per year. Some will be companion pieces to long-form journalism, while others will be standalone efforts. The films will primarily live on The Intercept’s site, debuting weekly. But Schnack said the team was open to different avenues of distribution on a case-by-case basis. “If the best route is for a film to play film festivals for six months before we show, that’s one way of approaching it,” he said. “If it’s better for us to work with a partner, and they have a window where they show the film and we get it later, that’s another.”

Short-form content seemed to be the best avenue to encompass cinematic journalism. “The joys of making a feature-length documentary film are to burrow in and be part of something for a very long time,” said Schnack, “but there are also times when you would like to respond quickly.” The team wants their filmmakers to be nimble, mirroring the unencumbered process of written journalism. “You want some level of freedom to say, ‘Something is happening, and I want to be there with my camera and capture it in a way that only a filmmaker can.'”

The company’s first endeavor was Poitras’ series “Asylum,” a few episodes of which premiered at the New York Film Festival showcase. Poitras had been shadowing Assange since 2011, while the WikiLeaks founder was under house arrest in London’s Ecuador embassy. For a while she struggled to find the form the final project would assume. Thinking through Field of Vision’s short-form model was what led to the decision to release her project episodically.

“What’s great about episodes is the idea that you can have time gaps,” said Poitras. “And the way you live with it over time, returning to characters.” According to Poitras, long-form nonfiction involves constraints and sacrifices that can be dispensed with in short-form and episodic content. “You have to lose things for the whole to come together in long-form,” she said. “You can have an amazing storyline that never makes it into the film because it just can’t support it.”

“One of the benefits of episodic is also the way scenes can play out,” added Schnack. “Asylum” is mainly comprised of one-sided phone calls featuring Assange, which Schnack implied were less suited for the long-form structure. “Those phone call scenes are allowed to have their own arcs, their own rhythm that is a very different pace and rhythm than if you had that as a scene in a feature,” he said. “To be able to approach the material in a different way as a creative person was exciting,” added Poitras. 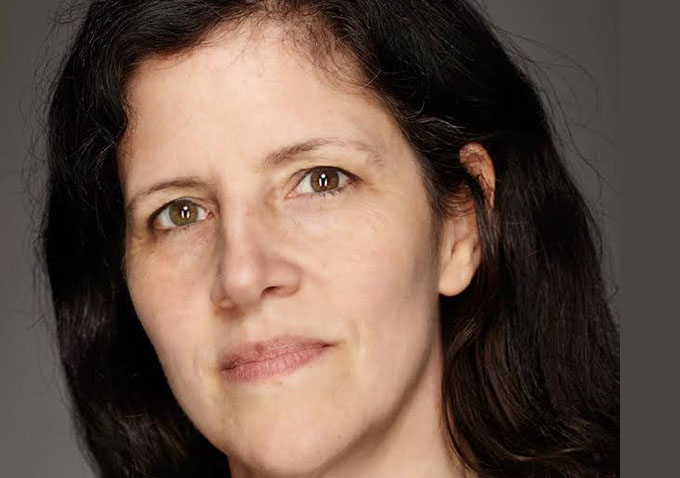 Following “Asylum,” Field of Vision screened their first crop of filmmaker commissions at the NYFF showcase: Four short-form documentaries with wildly different subjects, taking place in disparate locales from Kabul to Greece to Rio De Janeiro. Among the most memorable was Kristen Johnson’s “The Above,” a mesmerizing tone poem featuring a U.S. surveillance blimp looming over the sky like Big Brother in Afghanistan. It’s captivating in its mastery of image juxtaposition and evokes a haunting sense of oppression. Another favorite was Heloisa Passos’s “Birdie,” which follows the titular homeless street vendor and his beloved dogs through Rio on their daily sojourns. Despite his grim circumstances, Birdie derives profound joy and levity from his dogs, whom he cares for better than he cares for himself.

“It’s an interesting thing to be able to go into people’s lives for a little bit of time,” said Schnack. “In each of the films, they capture incredible characters in a short period. Sometimes it takes a huge deep dive in documentary filmmaking, but these show that you can do it even in a quick turnaround space.”

Schnack thanked the filmmakers for being “guinea pigs” for their company. Some of the projects were assignments; others were pitches. “It was so much fun to just say, We want your take on this subject,” said Cook.

Once a project is assigned and a budget negotiated, the filmmakers have creative control to allocate funds and hire their crew. “We’re not micromanaging the production,” said Poitras, “but we’re totally involved when they’re in the field — we get feedback about what’s going on, and we’re very involved in seeing rough cuts and fine cuts and giving notes.” The Field of Vision editorial process has two phases. First, the trio gives individual impressions to the filmmaker on a rough cut. “Sometimes we’re contradictory,” admits Poitras. But as the filmmakers close in on a fine cut, the team comes together and gives consolidated notes. “In the end, we give carte blanche in the sense that we’re really interested in filmmakers telling stories in their voice,” Poitras told me. “We’re not trying to impose a voice onto them.”

“I think the lack of freedom editorially is very clear here,” joked Passos at the showcase. “We all were constrained in ways you can’t even imagine.” 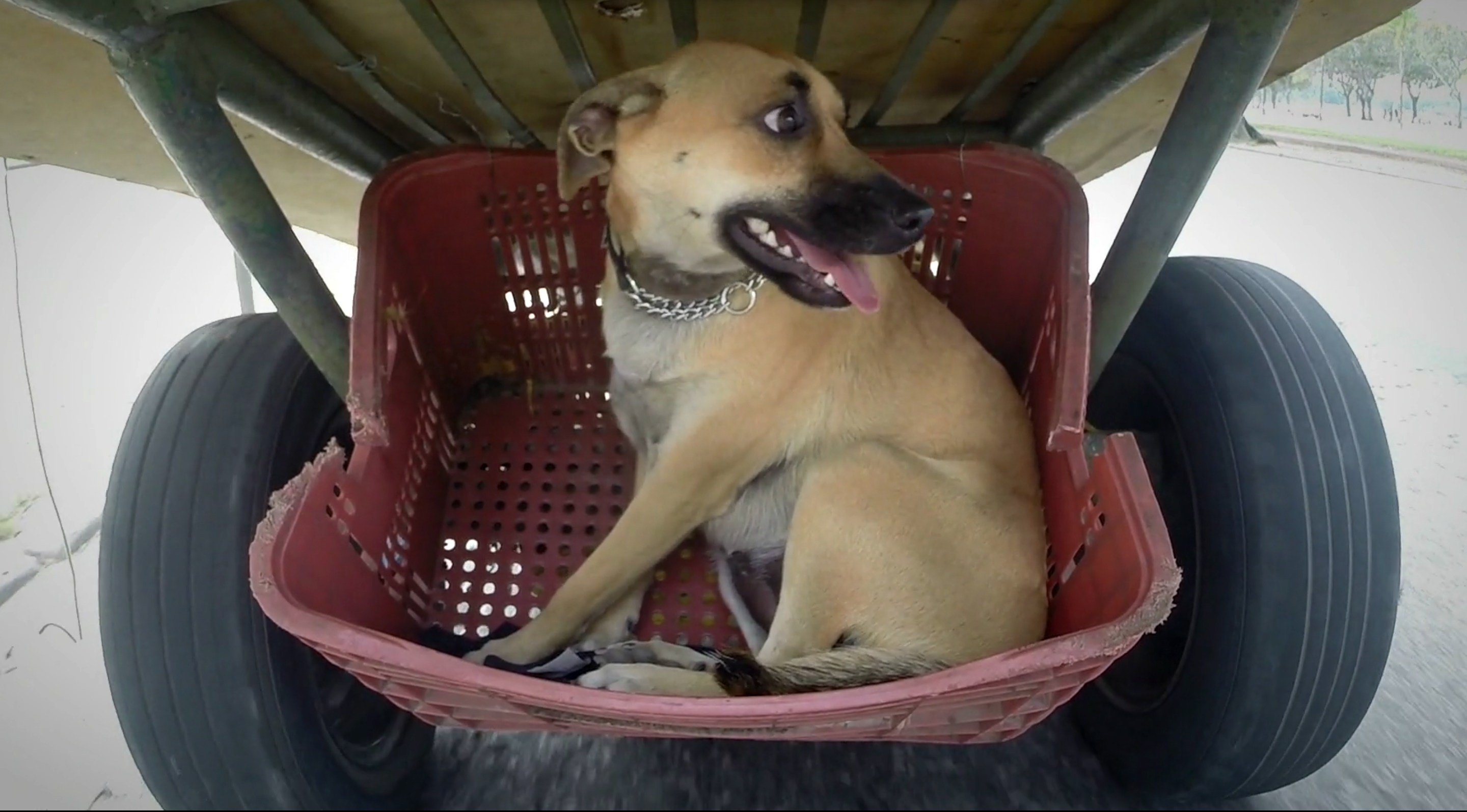 Speaking to the co-founders, this nonconformist sentiment quickly becomes salient. Aside from their vision of cinematic journalism, they’re loath to commit to a brand identity that might preclude experimentation. “We don’t feel bound by any specific type of storytelling,” said Cook.

Similarly, the team seemed to blanch at the idea of their projects as vehicles of social justice. “We don’t care about calls to action or social movement in documentary,” said Schnack. “That’s not interesting to us. Things have an impact just in the way that they change people’s minds about the topic. It’s not about spurring someone to go do something.”

“Documentary can be an incredibly powerful language,” added Cook, “but it only ever happens if the films are good and the craft is high, and we are in that realm.”

“We’re not interested in film as a means to an end,” said Poitras. “We’re interested in film in and of itself. If it does change how people perceive the world, that’s great.” She offered “The Above” as an example. “I think, once we show that, people will be wondering, What’s going on in the sky? That’s what I would think. What we’re doing in war zones and how it’s being brought home to the US is a significant issue. It’s not the blimp; it’s the militarization of police force. But that’s not why we made the film.” While Field of Vision is interested in expanding perspective, make no mistake: they’re not out to change the world. “‘The Above’ is a beautiful piece of cinema and we want it to stand on its own,” said Poitras.

Much like “Citizenfour,” Poitras hopes the Field of Vision films will speak for themselves.

This Article is related to: Features and tagged Laura Poitras