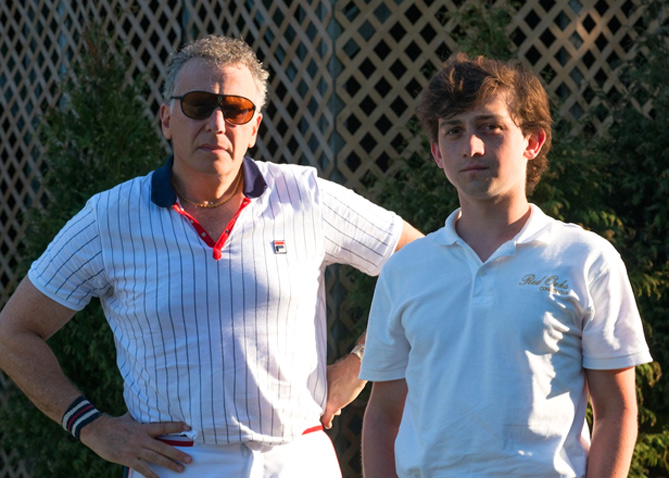 Stepping onto the set of “Red Oaks” in a quaint Westchester town just 40 minutes outside Manhattan, I fully understood the transformative power of shooting on-location. Even the most regular country club dweller couldn’t deny the beauty of the set, and what was even more impressive was the massiveness of the entire production. A whole tent dedicated to craft services sat on the perfectly manicured lawn and coolly housed about a hundred extras. When out in the heat, they roamed the sets dressed in ’80s garb, holding colorful mocktails while the actors practiced playing tennis on the courts next to the lawn.

Amidst the conscious effort to create the nostalgia of ’80s coming-of-age tales, it’s important to step back and question why. What is it about this time that makes it so much easier to understand the pivotal moments of adolescence, rather than our present day? Writer Gregory Jacobs (“Magic Mike XXL”) claims, “It’s fun to sort of reflect on a little bit more of an innocent time, when technology today is such an important part of storytelling, and you can’t even play that device of, ‘Wait, I need to charge my phone, I’ve lost power, I need to make that critical call.'”

READ MORE: How ‘Red Oaks’ Creates a Classic ’80s Story You Can Laugh With, Not At

“Red Oaks” captures a moment in time that not a lot of filmmakers choose to explore. Yes, Amazon’s new comedy is a coming-of-age tale, but most moments of transition are usually pinned to the high school student entering college or the college student entering the adult world. What co-creators Jacobs and Joe Gangemi’s show focuses on, however, are the formative summers that slip by you as a college student entering your junior year, too quick to fully realize the paradox of having free time over the summer — time that isn’t actually supposed to be free — and instead spent deciding what the trajectory of your life is going to be. 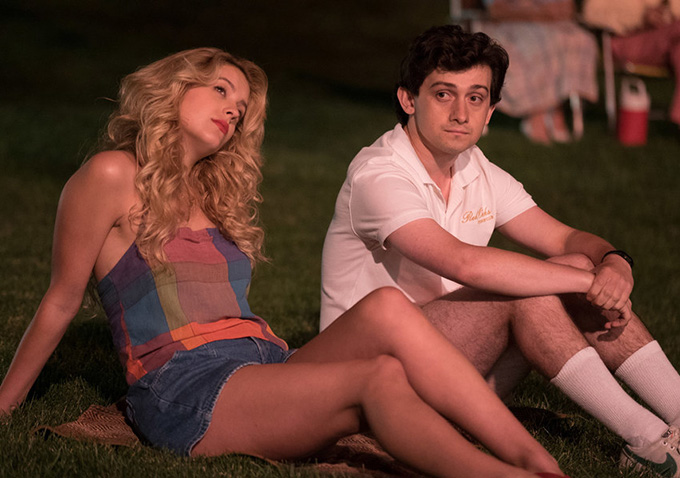 The show’s protagonist, David, played by the versatile Craig Roberts (“Submarine”), faces the dilemma that many students face in this vulnerable time: choosing between what will make you happy and what will make you successful. In the pilot, David confesses his love for French cinema to his more conservative father (played by the hilarious Richard Kind), who claims that accounting will lead him to a better future. Moments before his inciting heart attack, David’s father reminds him to utilize his summer job as an assistant pro tennis player at the local Red Oaks Country Club to make connections with members who would remember him down the road to do their taxes. When asked whether this mirrored his own coming-of-age story, Jacobs reflects on his college years and how he “loved film, but was still trying to sort of figure it out”; an aspect helping to establish “the universality of the show.”
Jacobs has an eclectic filmography; one that definitely parallels the resident director of the day, David Gordon Green. His most recent project, “Magic Mike XXL,” and continuous role as producer for HBO’s period drama “The Knick” make it difficult to imagine the purpose for his involvement in something like “Red Oaks.” To Jacobs, the show is, “a comedy, but the emotional throughline and the drama were important. It’s not that sort of laugh-a-minute traditional sitcom.”
The writer still sees a striking commonality in the networks he’s chosen to work with, however, recognizing that he’s “been lucky enough to have experience with HBO, Cinemax and Amazon, because they all are very similar in expressing this idea of the 10-hour movie.” To him, “‘Red Oaks’ is a five-hour movie, in a sense. You don’t have to think the traditional sort of sitcom format. Stories and arcs can play across multiple episodes and pay off in a way traditional network television, in the past, hasn’t been able to do.” 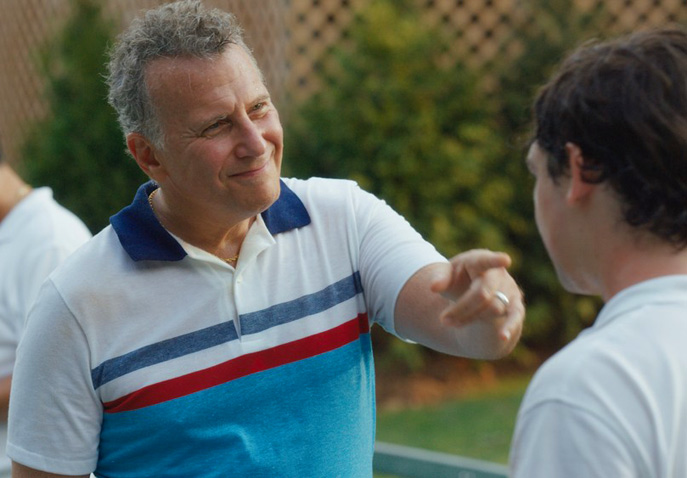 This new kind of format parallels the eclectic and impressive roster of directors who have taken turns in the director’s chair throughout the season. Green is just one of the many prolific filmmakers who have contributed to the show. Hal Hartley, Lisa Ganacha (“Transparent”), Amy Heckerling (“Clueless”) and Andy Flemming (“The Craft”) have also helmed episodes of the show. This utilization of namesake directors is what makes “Red Oaks” all the more valuable for the show’s leading actor Craig Roberts.
When asked about his interest in coming-of-age tales, Roberts quipped that he’s, “always coming of age,” but despite the actor’s knack for playing youthful characters, the 24-year-old actor has already acquired an impressive filmography, as well as a debut directorial feature entitled “Just Jim.” “It’s amazing as an actor to work with so many great directors on the show,” Roberts said. “In two months we get to work with four different directors.” Roberts also expressed his admiration for Green, in particular. “He’s making movies he wants to make. […] They’re not absolutely linear because he’s making movies about characters.”
This kind of character-centric tendency shines through “Red Oaks” even as it expands focus to an enticing ensemble cast. Perhaps it is due to the binge-able nature of television these days that there is more time to explore the nuances of each character. “It feels like an indie movie because it’s very well written and has characters you can all relate to,” Roberts said, before adding, “And it’s charming.”
Canadian-based actor Ennis Esmer, who plays Nash, David’s rebellious mentor at the Red Oaks Country Club, praised the writing for the three-dimensionality given to his character. Esmer spoke with me right after filming a pretty ad-lib intensive scene on the tennis court, and apologized for almost speaking in Nash’s ambiguously British and Middle Eastern accent that helps define his charming character. Esmer expressed a kind of pity about Nash, who he believes is, “trying to be the ‘life of the party’ guy,” but who is simultaneously sad in that he’s “40 years old and lies to women half his age about being married so he can flirt with them at a country club job.”
This flaw, in all its sincerity, is what Esmer appreciates about his character especially. “There’s cultural politics involved, as well. Racially, Nash is Middle Eastern but no one really knows where he is from, and given how much race comes up now — especially with minorities on television — it’s interesting to play someone in this time that’s reflective of attitudes when people were racially dismissive, and not as worried about getting it right; which is reflected in the way that Nash’s heritage is never the joke on the show, which was pretty important to me when I read the script.”
The fairness to the time period, as well as the character, is something that Paul Reiser expresses when describing Getty, the no-bullshit club president who uses David as his personal tennis pro.
“This guy is the king of his roots, both in the business and at the club. The character of Craig, who is coming of age — whether it’s in the ’60s or the ’80s or the ’90s — there’s something universal and appealing and warm that everybody experiences when they turn their corner. It was in the ’80s when I had my moment with my dad and decided what I wanted to do. And for me, it was getting into this.”
When reflecting on the nuances of his character, Reiser said, “There’s a moment when you see Getty look at David differently — when he sees a little bit of himself.”
This space for change, even in the most seemingly staunch characters like Getty, is what helps “Red Oaks” transcend the potentially kitschy recreation of Hughesian ’80s coming-of-age tales, and enter sincere and meaningful storytelling. Just as the dedicated crewman transformed this modern site into a spectacular ’80s country club, “Red Oaks” is becoming another awe-inspiring sight: indie film on TV, in the best way possible.