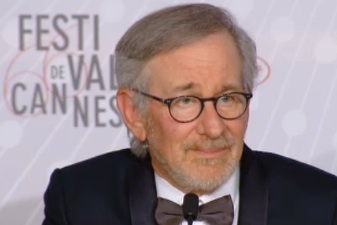 This week’s episode of Screen Talk is presented by Vimeo. Head here to
check out movies you can rent on Vimeo selected by Indiewire’s Eric
Kohn, including last year’s Oscar-nominated animated films (above), which you can watch at a 20% discount using the promo code “eric20.” (The Oscar-nominated live action films are available with the same discount code here.)

A lot has changed in the movie world over the past week. Last week, when Eric Kohn and Anne Thompson recorded Indiewire’s weekly Screen Talk podcast at the New York Film Festival, they had not yet seen Steven Spielberg’s “Bridge of Spies,” Danny Boyle’s “Steve Jobs” was on the verge of another big festival screening, Michael Moore’s new documentary “Where to Invade Next” still hadn’t found distribution, and the tragic death of filmmaker Chantal Akerman hadn’t happened yet. In this week’s episode, the co-hosts tackle all those topics, and also provide updates on the Oscar race for the foreign language and documentary categories.

READ MORE: Why Do We Care About Film Festivals?

Screen Talk is available on iTunes. You can subscribe here or via RSS. Share your feedback with Thompson and Kohn on Twitter or sound off in the comments. Browse previous installments here, review the show on iTunes and be sure to let us know if you’d like to hear the hosts address specific issues in upcoming editions of Screen Talk.

If you want to sell your film or series on Vimeo On Demand, all you need is a Vimeo Pro account. Go to vimeo.com/startselling and use promo code “eric20” for 20% off Vimeo PRO and start selling.

This Article is related to: Podcast and tagged Bridge of Spies, Chantal Akerman, Film Podcast, New York Film Festival, NYFF 15, Podcast, Podcasts, Where To Invade Next