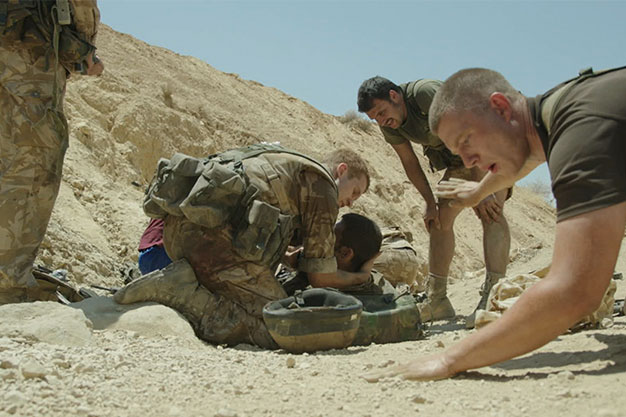 A pulse-pounding new trailer has been released for director Paul Katis’ first feature film, “Kilo Two Bravo.” The Afghanistan-set thriller was an official selection at the 2015 Toronto International Film Festival.

When the Kilo Two Bravo platoon is sent into the Kajaki region of Aghanistan in order to quell a Taliban roadblock, they find themselves in a dire situation when they become stranded in the middle of an active minefield. Now, even the slightest movement from one of the soldiers could set off the entire explosive valley. The above trailer is heavy with tension and desperation as the brothers in arms attempt to orchestrate a rescue by helicopter, while struggling to simply stay alive.

“Kilo Two Bravo” will be released On Demand on November 10 and in select theaters on November 13. Watch the trailer above.

This Article is related to: News and tagged Kilo Two Bravo