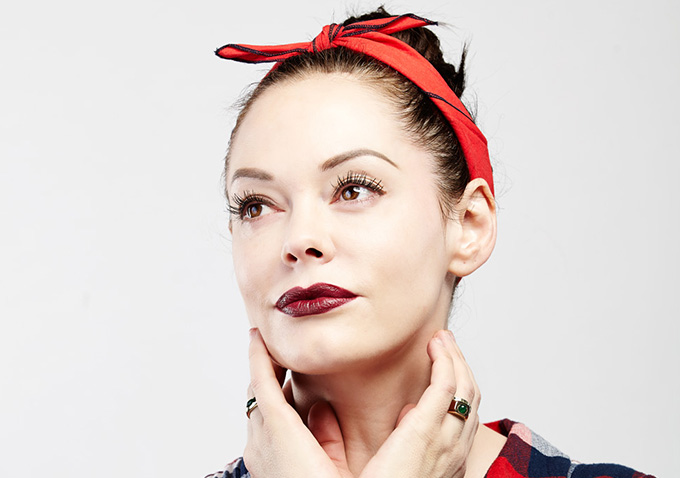 Rose McGowan continues to be one of the most fearless and outspoken actresses in Hollywood after lashing out at bipartisan members during a party in Manchester, New Hampshire last night. The event was hosted by No Labels, an organization that seeks to decrease the gap between Democrats and Republicans, and McGowan decided to use her invitation to criticize the group’s lack of diversity and failure to vote “yes” on a host of topical issues.

READ MORE: Rose McGowan on Seizing the Director’s Chair and Her Own Mind for Directorial Debut ‘Dawn’

When audience members were asked to recognize the attending celebrities at the end of the night, McGowan took the opportunity to lambast the “very, very white room.” She continued, “I know real America. I am not from Hollywood,” before noting that the group voted against gay marriage, equal pay for women and their constituents’ best interests.

“I would say to you, one, get out of my body; two, equal pay for women; Three, integrate,” she said. “You cannot make laws for America without knowing it.”

After storming out of the party, McGowan took to Twitter, where she had been teasing her motives in the buildup to the big moment. “I just fully hijacked a gala dinner & f—ing gave it to them. I represent America. I am an American and I have a right to speak,” she said.

McGowan has being using her voice, which she calls her greatest weapon, to powerful effect for some time now, lashing out against a whole variety of topical issues, most notably Hollywood’s severe mistreatment of women. Her attack on bipartisan politics at last night’s event is further proof the actress will always speak up when things need to change.

Watch McGowan’s impassioned speech in the video above, courtesy of her Facebook page.

READ MORE: PODCAST: Rose McGowan is a Threat — and an Indiewire Influencer

This Article is related to: News and tagged Rose McGowan