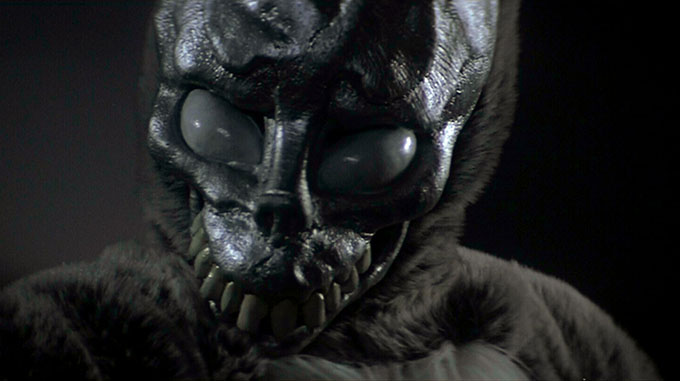 Ah, October. That special time of year when all you want to do is go home, sit on the couch and watch someone get sawed in half, stabbed repeatedly or possessed by the devil. Chalk it up to tradition, an exercise of desensitization, whatever excuse you need to make yourself feel good about watching “Halloween 5” for the seventh time.
READ MORE: 8 Terrifying Non-Horror Movies
Or, you could watch “Donnie Darko” – a film that, even after the seventh watch, contains the potential to defy logical explanation or understanding. For all intents and purposes, “Donnie Darko” is the quintessential Halloween film. It features a giant half dead bunny, a psychopathic teen, an old witch who’s creepy as hell/really just misunderstood and, most importantly, an entire plot centered around an event that’s set to happen on the very night of trickery and treats itself! Frank’s so excited about it, he has to start a countdown in the very beginning of the film! 28 days, 6 hours, 4 minutes and 12 seconds.
For one reason or another, poor ol’ Donnie hasn’t exactly entered the same stratosphere of popularity as his less sensitive cohorts Freddy Krueger or Jason Vorhees. But in an era when more and more films blur the line between horror and science fiction, why isn’t “Donnie Darko” chief and foremost amongst our Halloween classics?
Maybe the reason for this is because “Darko” is such a hard film to understand. We’d argue, however, it’s this very fact that makes the film so attractive in the first place. It certainly has a substantial cult following, but they aren’t attached to it because of any fascination with blood, gore or horror elements. These people love it because the film is so enigmatic it’s driven them to obsess over deciphering the cosmic mysteries at its very core.
So this year, make the smart choice. Choose “Darko.”

READ MORE: Watch: #TBT ‘The Shining’ Trailer Will Drive You to Bloodlust