By Eric Kohn and Kate Erbland 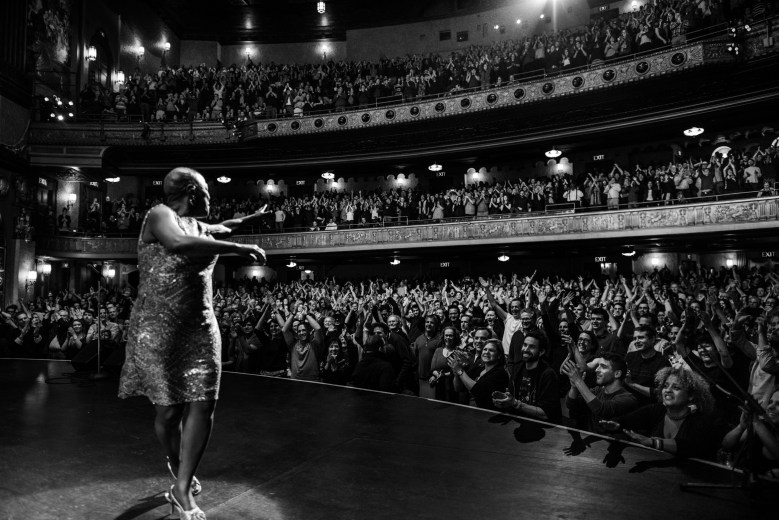 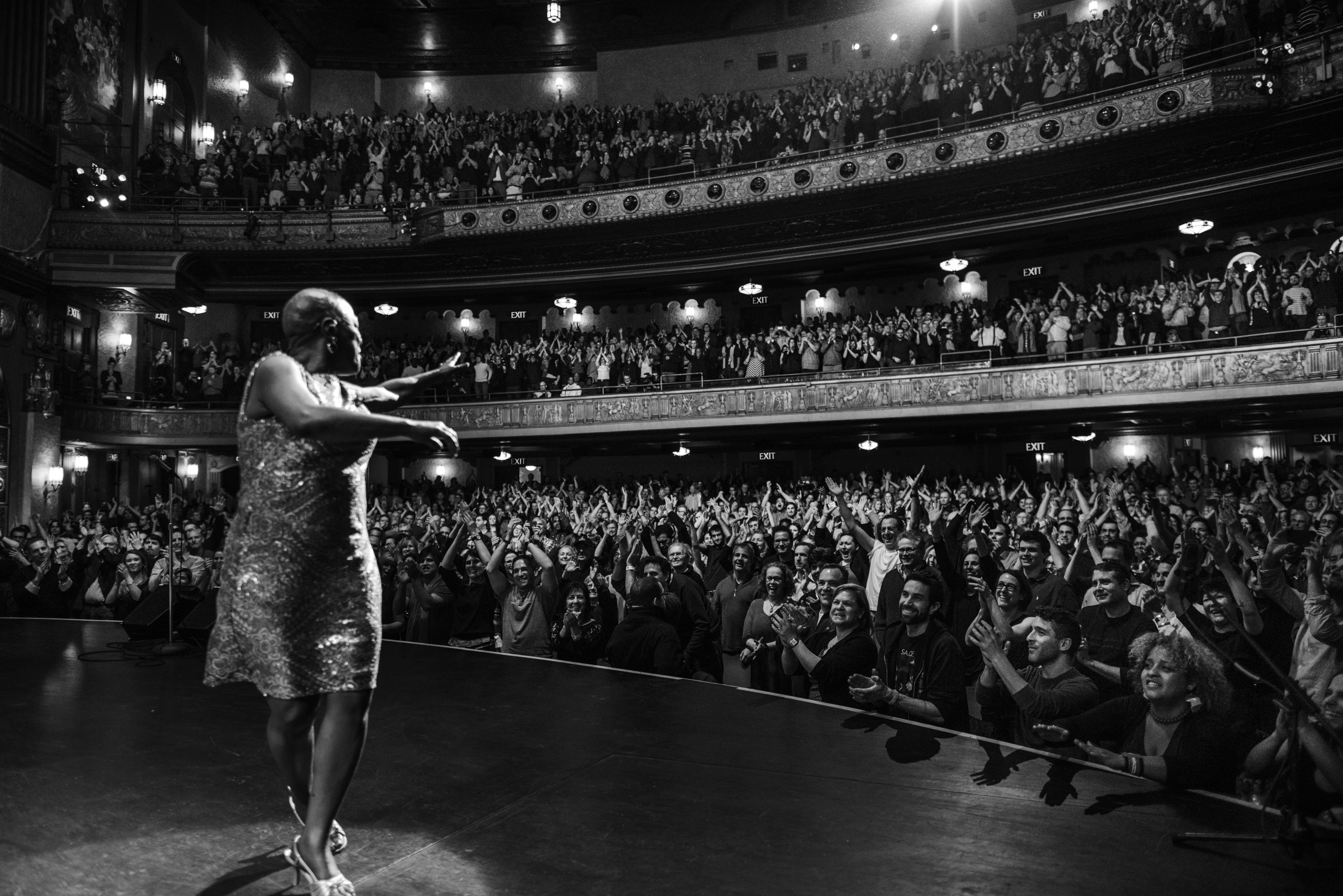 It came as little surprise that two-time Oscar winner Barbara Kopple’s latest premiered to near-universal acclaim at this year’s TIFF, but what did shock viewers and critics alike was just how plain good the documentary — which follows beloved singer Sharon Jones over the course of a year, marked by a cancer diagnosis, treatment and a chance at a comeback — made them feel. An uplifting look at second chances and new starts, the film has proven to be a must-see for fans of Jones and her Dap-Kings and a hearty recommendation looking for anyone to find a new voice to fall in love with, complete with toe-tapping jams for anyone with ears. —KE


Japan has its controversial dolphin fishing industry; in Canada, seal hunting remains an equally touchy subject. Director Brant Backlund’s look at the role of grisly images from seal hunts in raising awareness about the ethically dubious task is poised to offer more than just a somber overview. Narrated by Ryan Reynolds, the movie roots its narrative in committed activist Brian Davies’ ongoing efforts to assail seal hunters and capture them up close in the midst of the horrific clubbing process. By virtue of showcasing Davies actions, “Huntwatch” promises to carry the torch of his activism while showing the potential for a bracing adventure tale up north. —EK 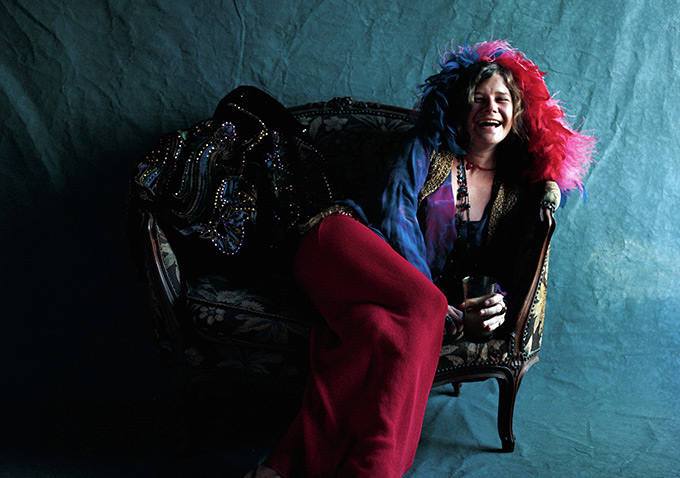 Amy Berg’s long-gestating Janis Joplin documentary features a bevy of never-before-seen footage and a sensitive examination of the tragic singer’s early years. Although some of her meteoric rise to fame is glossed over in service to a speedy running time, Berg does spend a sizable chunk of time on Joplin’s breakthrough at the 1967 Monterey Pop Festival, a satisfying section that illuminates exactly why her talent was so powerful. Inventively voiced by singer Cat Power, who “plays” Joplin during the film, “Janis: Little Girl Blue” is a must-watch for Joplin fans and anyone interested in America’s rich history of musical rebels. —KE 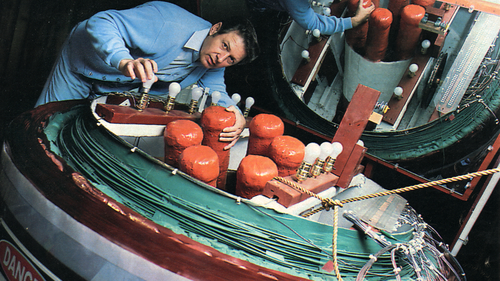 The poster for Jon Fox’s debut announces that its subject, Joseph Newman, “could have changed the world.” If that’s actually the case, well, that’s the territory of Fox’s fascinating feature. In 1979, “self-educated inventor” Joseph Newman claimed to have crafted a magnetic perpetual motion machine that bucked the laws of physics. Newman’s notoriety skyrocketed, and he and his “Newman Device” hit the television circuit to publicize an invention that eventually seemed lost to something even more complicated than science itself: The U.S. Patent Office. —KE

“With or Without You” 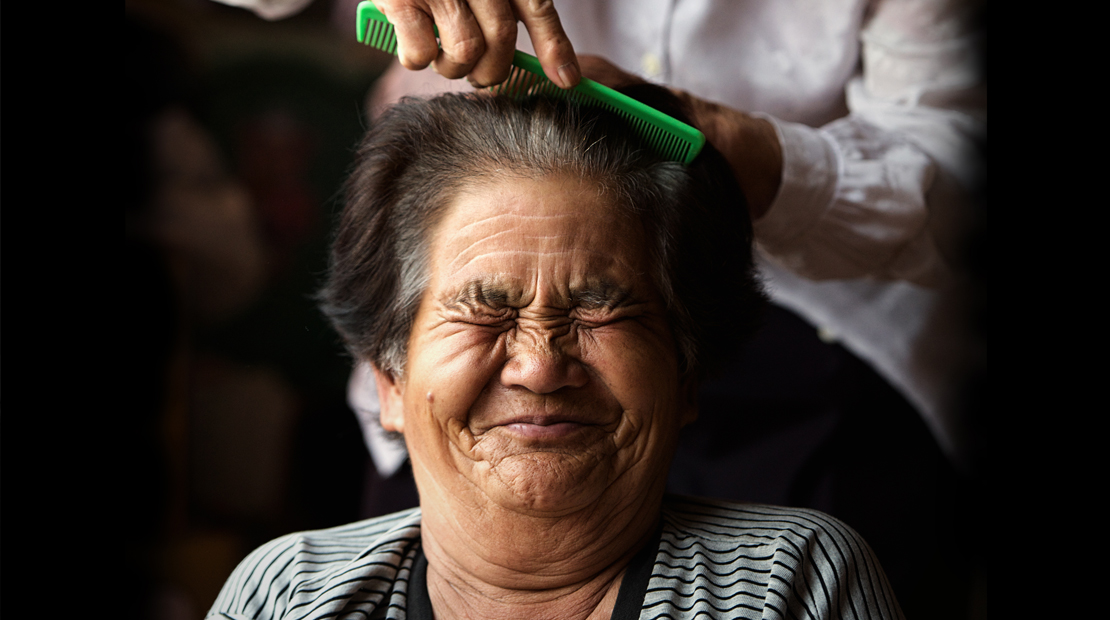 This year’s DOC NYC boasts a fascinating section dedicated to family in its many forms (called “Modern Family,” appropriately enough), and Hyuckjee Park’s feature is one of the most compelling titles among its ranks. The film follows a Maggi and Chun-hee, fellow wives to one man, who have grown close over the years, years often peppered with tragedy and loss. As the two now-widows steadily age, Maggi wonders what will become of the intellectually challenged Chun-hee. Love, it seems, can extend far beyond marriage vows. —KE

“The Dying of the Light” 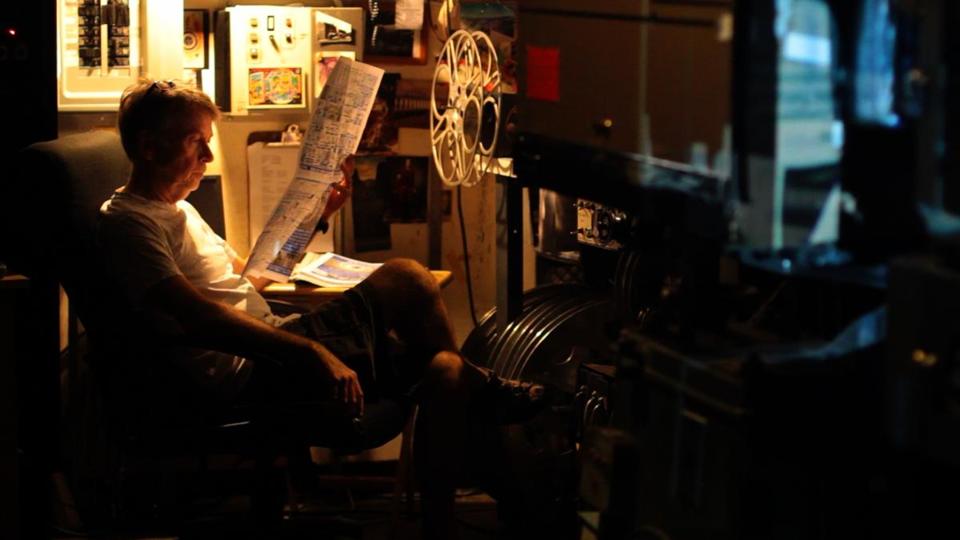 Not to be confused with last year’s Nicolas Cage vehicle, Peter Flynn’s documentary apes the famous line from Dylan Thomas’ poem for more specific purposes: the much-ballyhooed decline of film projectors in the digital age. As theaters worldwide struggle to afford the now-dated technology, Flynn’s film surveys the rarefied skill of film projectionists in their words, aiming to capture a generational shift with a mixture of nostalgia and introspection. Of course, as anyone who saw the recent season of “Project Greenlight” knows, filmmakers continue to shoot on film for reasons that defy bottom-line values — and countless older films remain preserved on the same materials. But even if projectionists’ skills remain useful, they no longer speak to the industry standards that created an entire field. To that end, “The Dying of the Light” promises quite the topical swan song. —EK 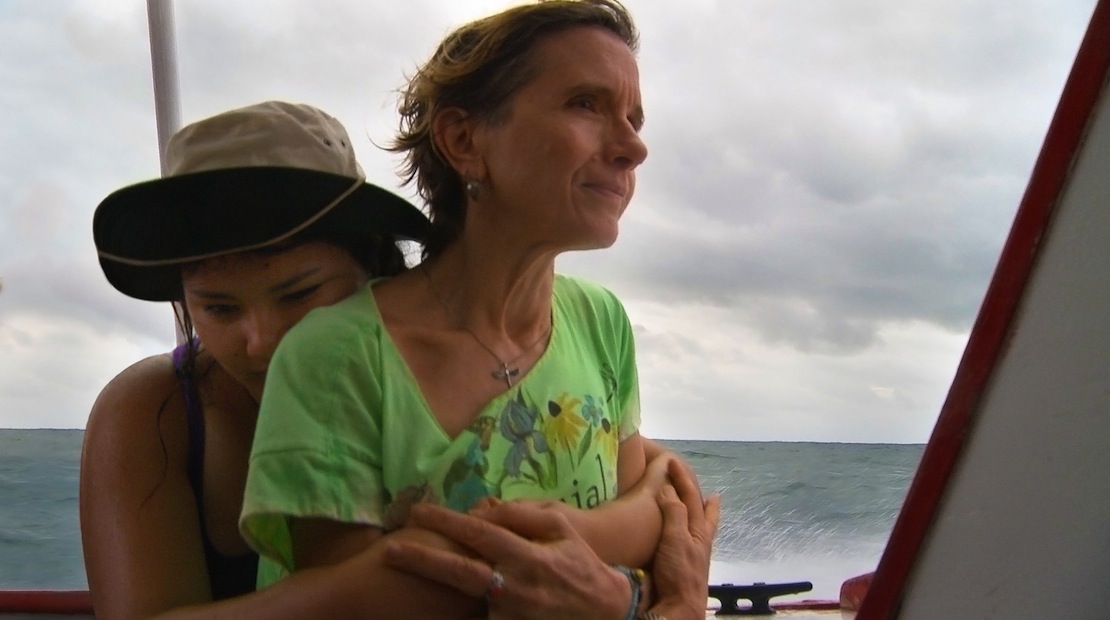 Seth Kramer, Daniel A. Miller and Jeremy Newberger’s documentary chronicles the surprisingly parallel lives of pioneer Margaret Mead and environmental anthropologist Susie Crate, cleverly told through the perspective of their respective daughters. A fresh look at the world (and applications) of anthropology, “The Anthropologist” combines a uniquely human story with a new take on how to use an ever-evolving science. —KE 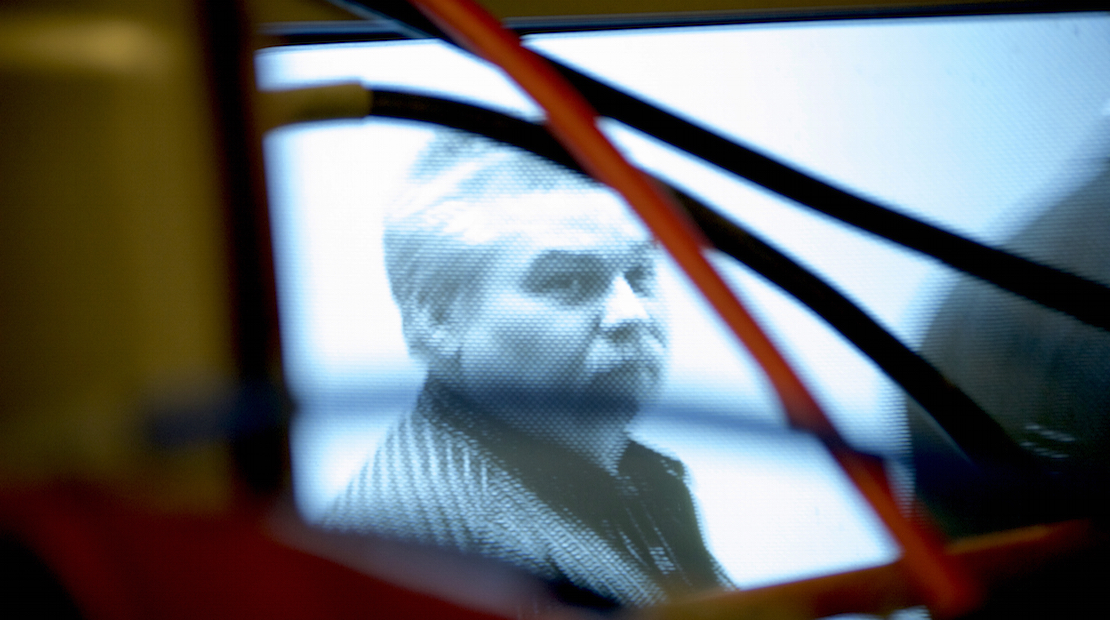 Considering how “The Jinx” and “Serial” lead to developments in the murder cases at their center, the investigative true crime thriller seems to be enjoying a renaissance. The Netflix-produced series “Making of a Murderer” hopefully adds to that trend. Directors Laura Ricciardi and Moira Demos’ 10-part series (two episodes of which will premiere at DOC NYC) tracks “the most compelling American crime story you’ve never heard of” — namely, the plight of Steven Avery, who was convicted of assault charges under dubious circumstances over a decade ago. The filmmakers spent the past 10 years gathering footage about this alleged miscarriage of justice, which incorporates everything from DNA evidence to the filmmakers’ own research, which ultimately became part of a fresh investigation (and new charges). With Netflix’’ original series still on the rise, “Making of a Murderer” has the potential to generate serious thrills within a gripping real world context. —EK 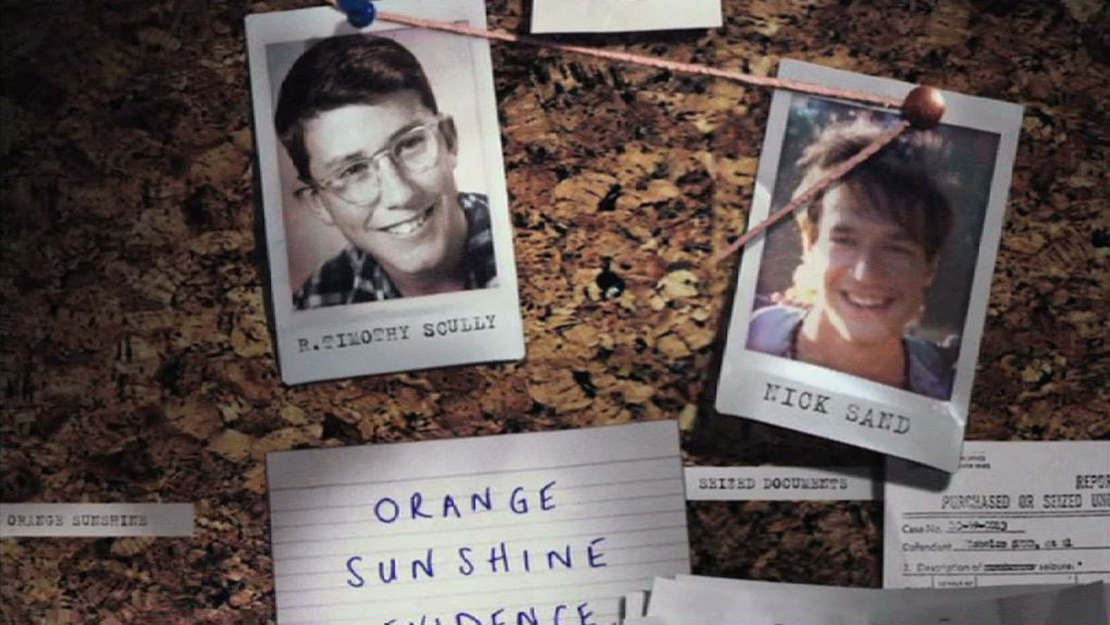 “My first experience with taking acid changed everything,” says Nicolas Sand in “The Sunshine Makers,” which gets at the essence of director Cosmo Feilding Mellen’s documentary on the rare field of psychedelic activism: In the sixties, Sand and young Berkeley scientist Tim Scully launched serious efforts to raise American consciousness by spreading word of an LSD recipe dubbed “Orange Sunshine.” The director, the son of LSD advocate and drug policy reformer Amanda Feilding, tracks Sand and Scully as they spread the word about LSD while escaping the steady advances of federal authorities. Not since “Breaking Bad” has a story about drug dealers held such exciting potential. —EK 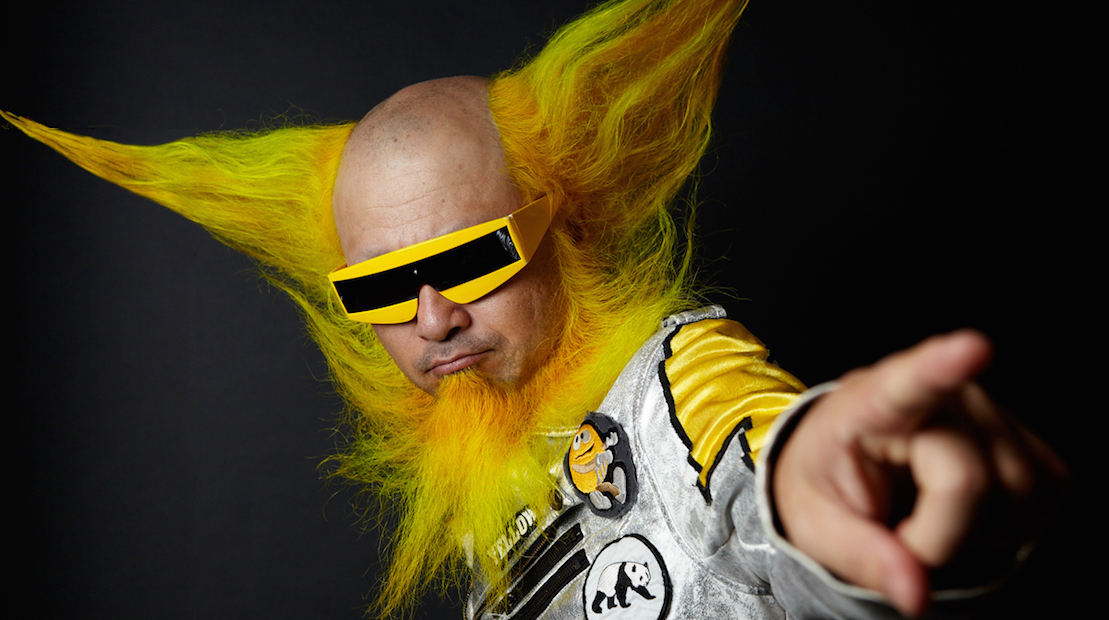 The eccentric Japanese punk band Peelander-Z aren’t just musicians. As directors Jonathan Yi and Michael Haertlein’s documentary illustrates, their stage routine stems beyond wild performances to encompass outrageous physical endeavors ranging from “human bowling” to epic crowdsurfing. But the colorful, outrageous antics of this neon-obsessed group only tell half the story; “Mad Tiger” tracks the dilemmas that ensue when the band’s two most prominent members, Peelander-Yellow and Peelander-Red, experience a falling out that endangers the future of the group. Zany performance art by way of a midlife crisis drama, “Mad Tiger” promises something much crazier than your average concert documentary, and possibly more endearing, whether or not punk rock is your jam. —EK