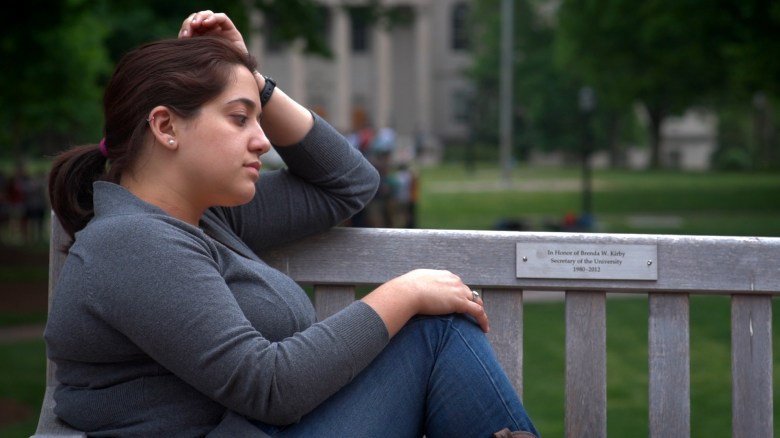 The 6th annual DOC NYC festival kicked off in full this Thursday, November 12 with a series of panels dedicated to first-time documentary filmmakers. From a “Morning Manifesto” delivered by Oscar-nominated director Kirby Dick to lessons ranging from “What’s Your Story?” to “Funding Fundamentals,” the panels were aimed at covering the concerns of young documentarians as they get their films off the ground. Fortunately, most of the insight provided will ring true for filmmakers of all modes and all levels of experience. Check out some of the most essential tips for first-time filmmakers below.

1. Your subject matter must be ambitious.

Kirby Dick began his “Morning Manifesto” by advising young filmmakers to be ambitious and passionate in their choice of subject matter. He said, “You really have to pick something that is ambitious because one of the great things about making documentary films is the unpredictability of it. The way I approach it is that if I know how I’m going to finish a film when I start, I don’t make that film because I want the experience of discovery in the process of making the film.”

This ambition, Dick contended, is what separates documentary and narrative film today. “I actually think audiences respond to that, they see the filmmaker trying to grapple with the subject matter, they see that process, and I think that’s why audiences are flocking to documentaries and independent films are kind of falling off. We’ve seen the narrative form of film, it’s based on 19th century novel form, we know it backwards and forwards. Back in the days of VHS, you could watch something at seven times speed, most feature films, and understand completely what was going on. You can’t do that in a documentary.”

Dick then added, “You also have to pick something that has some charge to it. There’s some personal risk, political risk, legal risk, something. The way to find out if you have a good subject is to take your idea to the friend of yours or friends who are the most critical. That’s the bar you’re going to have to get over. The people who are your friends and love you will support you and come and see the film, but it’s the person who doesn’t think you’re ever going to make it, who is critical about everything, if you can get to that person and that person says, ‘Yeah, that’s interesting,’ that’s a good sign.” 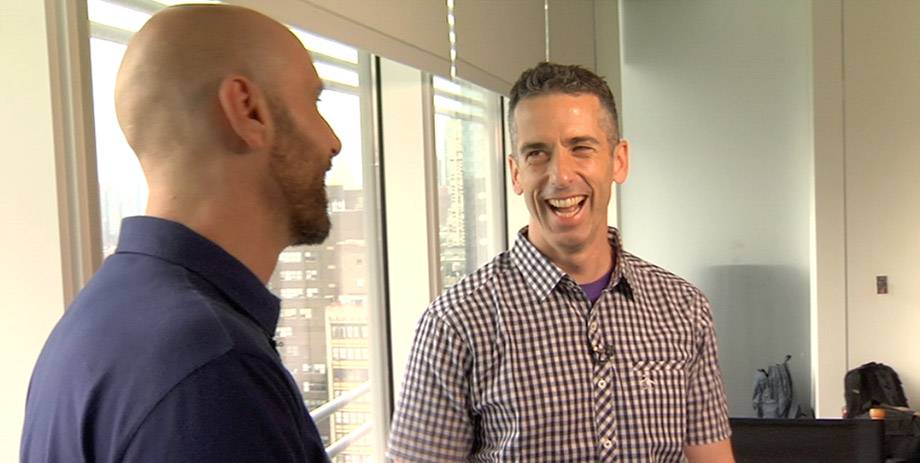 2. Never rush your film to make a film festival deadline.

When asked to talk about his experience submitting “Do I Sound Gay?” to film festivals, David Thorpe put it bluntly: “Just forget about the damn festivals and really concentrate on your film.”

Throughout the day, other panelists similarly stressed the point that a filmmaker should never send their film to a festival if it is not ready.

Kirby Dick said, “Make sure your film is as polished as you can before you submit it to a festival because 99% of the time you don’t get a second chance at festivals. I see young filmmakers say, ‘I’ve got to get it Sundance, I’ve got to get it to Toronto.’ If the film is not done, take another year to finish that film. This is your first film, you’ve probably spent years on it and your first film oftentimes, and it should, has a lifetime of passion in it. This is something you really want to grapple with and you don’t want to lose it, you want to make sure it’s polished.”

3. Crowdfunding is not just about fundraising, but about finding the right communities for your film.

Merete Mueller, the director of “Tiny,” added, “I think Kickstarter is not just a fundraising tool, but also a publicity, entrepreneurial business-building tool, especially with documentaries because each story is probably tied in with different communities and different people who have a stake in getting that story told. Kickstarter shouldn’t be for asking friends and family for money, it should be to tap into and reach out to the communities of people…Find those communities and find where they live online to meaningfully participate in those communities and create a relationship with them.” 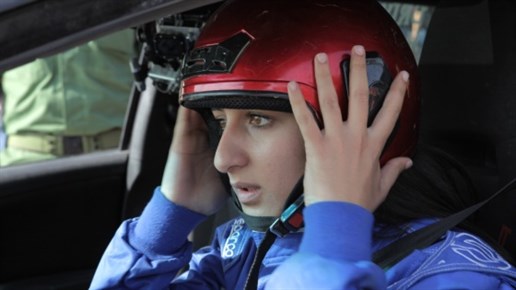 4. You should know what you don’t know.

Kristin Feeley, who works as the Associate Director of the Sundance Institute’s Documentary Film Program, emphasized that its okay for filmmakers not to know everything when they are submitting for funding. She explained, “The most important thing for us at Sundance is not that you have a kickass impact strategy when you’re in development, but you have a sense of who your audience may be or what you want to do and also what you don’t know. It’s something that seems sort of strange, but really hinting at the questions that you may have isn’t for us a sign of weakness. For other funders that offer mentorship, there is now a movement amongst funders wanting to give filmmakers more mentorship, and they’re not weaknesses, in some ways they’re needs.”

Iyabo Boyd, Program Manager of Chicken and Egg Pictures, a company that aids female filmmakers, confirmed Feeley’s point, saying that funders expect to hear questions and are there to help. She elaborated, “Funders do want a relationship with you as you’re making a film, too. Having the feeling that you are going to come to us wanting input and having questions is important. Funders are people, too, so it doesn’t feel good when you give somebody a bunch of money and they disappear. We have a collective goal of making a good film so we want to be able to help you do that.”

5. Listen up and you will learn what your film’s biggest strengths and weaknesses are.

Kirby Dick let the audience in on his most constructive ritual in the post-production process. When he gets a coherent version of his film, Dick holds test screenings every few weeks. He explained, “Afterwards, I ask people to comment on the film and I say, ‘You can comment on whatever you want. You can comment on a particular cut you don’t like or you can comment on the broad thematic aspects of the film.’ If you ask people for opinions on a film that’s not done, you will get them, don’t worry about that, they will come right away.”

“Some people either say, ‘Why did you do this?’ or ‘I don’t think you should have done that,’ those are usually the two things,” he continued. “So rather than answering either of those questions, you turn to somebody else in the audience and you say, ‘Well, what does somebody else think about this?’ And then you keep bringing people into this conversation and then when one subject matter that is being discussed is played out, then you wait for somebody else to open up another one. You keep doing this and what happens is that the discussion plays out in front of you.” 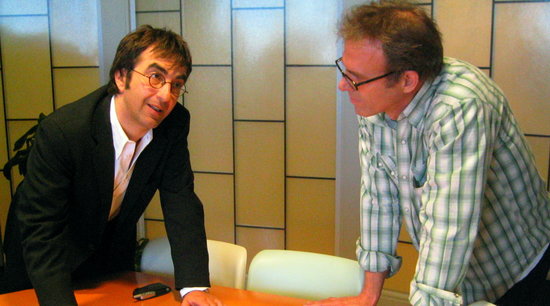 6. Don’t wait around for the money. Just shoot.

One of Kirby Dick’s main pieces of advice to neophyte filmmakers is to shoot everything you can because you never know when you will need it. Dick said, “Shoot. Shoot all the pushback. If you can, and often times it’s very hard, but if you can document something that’s going on in the filmmaking process and fit it into the film — now that’s often very difficult because it just seems anomalous in the film — but I would still shoot it.”

He went on to stress that filmmakers should begin to shoot before they reach out for funding. “It’s very important when you have an idea, even before you’ve decided to do it, to start shooting. Don’t wait around for the money, just take whatever camera you have and start shooting it if you can. Maybe there are certain interviews you want to hold off until you have a better crew or you maybe want more time to think about what you want to ask this very important interview subject, but in the past I’ve seen a lot of filmmakers say, ‘I like this idea, I need to pull together the funding.’ No, I’d do it in reverse. Start shooting because then you’ll have something to show to a funder. It’s much better to go to a funder and say I’m making a film than I’m thinking about making a film.” 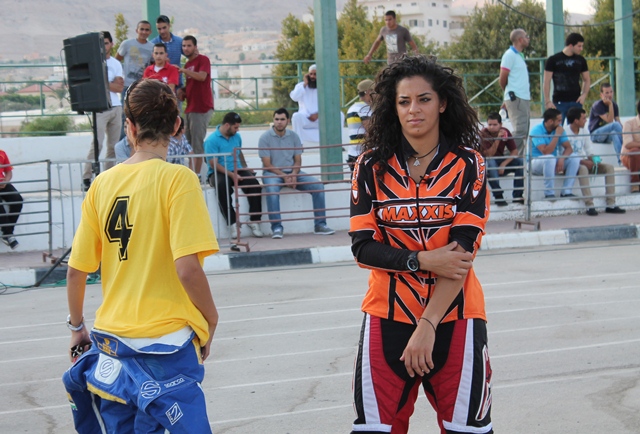 Jessica Devaney, another producer of “Speed Sisters,” said, “Be thoughtful and deliberate about who you’re going to formally bring onto your team and think about it as a sort of short-term or medium-term marriage because you’re really going to be tied inextricably to this person for a long time.”

Mueller offered her own suggestion to gather the right collaborators: “Find films that are a similar aesthetic to what you’re trying to achieve and that you appreciate in terms of the pacing, the transitions and the story arc, those editing decisions. Everyone has a website, you can always contact those people and if they are too expensive, ask them who they’d recommend and who is in the same style.”

8. It’s okay to be passionate, but be realistic with money and don’t get in yourself in debt.

Boyd said, “With money in general, it’s easy as a first-time filmmaker to think this is my baby, it’s my project, I’m going to kick ass on this for the next three or four years or it feels like it’s your whole life right now, but your whole life is a lot more than that. So be careful about how much debt you’re putting yourself in because you don’t want to make one film, you want to have a career, you want to make 10 films. It’s really hard to dig yourself out and make a second film if you’re dealing with money from your first.”

On the same note, Goldstein warned, “Be realistic about how much money you’re comfortable absorbing. It’s tempting to put things on credit cards, shift student loans. I’ve heard and done just about every trick in the book to push that ball down the field and yet every push often comes with another push.”

READ MORE: 9 Tips On How To Make Your First Documentary