Nineties it-girl and design impresario Tara Subkoff is back in the art game with “#Horror,” the newest entry in the quickly growing cyber-horror subgenre, which contains the studio-driven “Unfriended” and a groundswell of indie horror films hosted on platforms like Periscope.

The film, which feeds on the slasher film tropes of unattended youth and isolated locales, places six 12-year-old tech-obsessives in a massive house that is more art gallery than Connecticut home. The girls each have a history with cyber cruelty, especially the withdrawn Cat (Haley Murphy), who was bullied after her mother’s death the year prior, and the shy Sam (Sadie Seelert), whose timid ways and lower income status make her an immediate target for the other girls.

What begins as a supervised sleepover with a distracted mother (Chloe Sevigny) holding court over the selfie-snapping girls slowly devolves into a home-invasion horror, complete with appearances from Subkoff’s myriad celebrity friends, including Natasha Lyonne, Taryn Manning and Lydia Hearst.

Hearst credits Subkoff as “pretty much” the reason she went into acting after working on a short fashion film with her years prior, and Sevigny has been friends with Subkoff since the ’90s fashion scene brought the two together. As Natasha Lyonne told Indiewire, “She’s one of my oldest friends, Chloe [Sevigny] was there, one of my other oldest friends, so I was there. Never ask too many questions, you just show up.”

Many of the film’s biggest names, including Lyonne and Manning, only “show up” for a scene, leaving the six young girls, many of whom count “#Horror” as their first film, to carry the project. But Timothy Hutton, who delivers one of the best performances in the film, appears in a meatier role as an unhinged and distant father whose grip on his daughter and his sanity loosens as the film heads towards its shocking conclusion.

The film, which screened earlier this month at the New York City Horror Film Festival, had its official premiere at MoMA on November 18 to a packed house, and Indiewire was on site at the star-studded red carpet to talk feminism, Ingmar Bergman and the crisis of cyberbullying with the director and stars of “#Horror.” 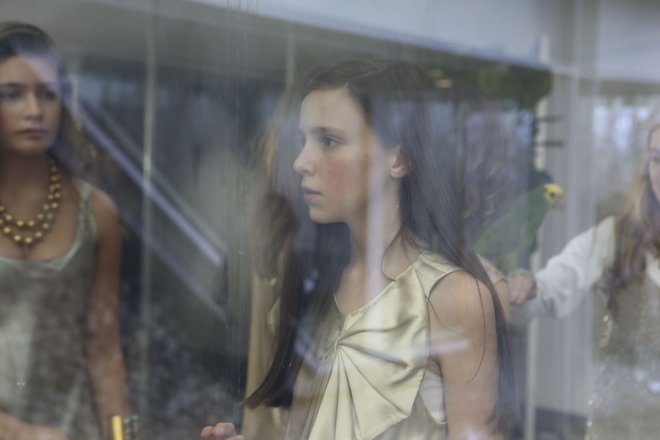 “I’m a feminist and a humanist, both.”

Looking at the cast and the crew on the film, it becomes clear that the writer-director made a point to maintain gender parity on the film. “I love working with women,” Subkoff told Indiewire. “I’m a feminist and a humanist, both. And I think it’s very important for women to support women. We’re never going to get anywhere otherwise. If there are two people and they’re equally qualified, and it’s a female or a male, I will pick the female any time.”

The director’s passion for helping women certainly inspired the younger members of the cast, leading both Emma Adler and Bridget McGarry, to hail the work Subkoff did on the film as “an inspiration.”

“You don’t see as many female directors and it made me feel like there was no limit to my gender,” Adler explained. Lydia Hearst also credits Subkoff’s decision as “refreshing.” “I applaud Tara for that,” she told Indiewire. “She’s one of the few women in the business actually pioneering that, and finding places for women in the workforce, it’s great.”

“Fashion is a very horrific business.”

The horror film has been an indie standby for years, but Subkoff mentioned that even though this film was her first, her previous career in fashion did a lot to prepare her for the intense 18-day shoot. “For me, fashion is a very horrific business,” she said. “Everyone is moving very, very fast and not thinking clearly often and it’s very aesthetic based…I think the training is great because you have to make very fast decisions very quickly and know what you’re doing and tell a lot of people how to do them…And that is definitely what directing is.”

Shooting in the dead of winter in Connecticut posed some problems for the cast and crew, finding the last day of shooting overrun by a blizzard. “We weren’t planning on filming it and Tara was like, ‘You know what, we’re going to shoot it in a blizzard.’ And Haley [Murphy] and I just sort of looked at each other and were like, ‘Alright, let’s do this!'” the young Sadie Seelart said. 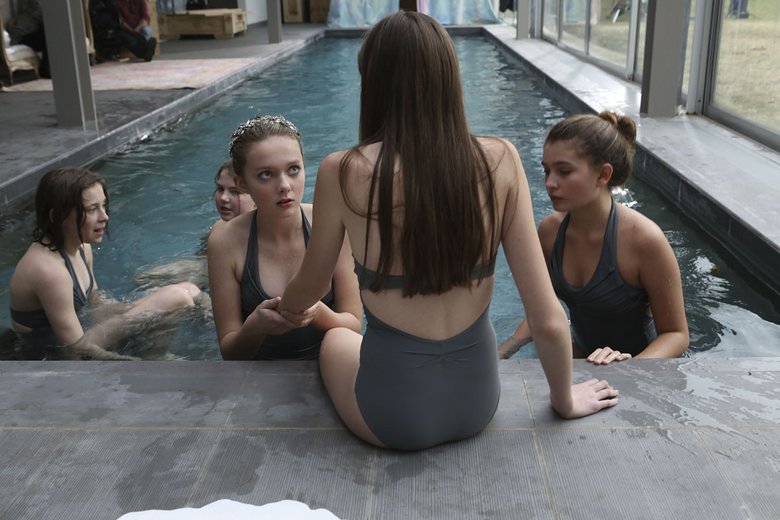 “Cyberbullying is a huge problem.”

Though the film indulges in the tropes of the slasher film, its concerns lie far more in the world beyond the theater, with Subkoff being clear that the film’s concerns rest in the dangers of online abuse. “I think cyberbullying is a huge problem,” Subkoff explained. “We all need to pay attention to it and it’s getting worse. The statistics are astronomical.” In addition to working on a film that raised awareness about the issue, Subkoff has also contributed to a new anti-cyber-bullying app named Bridgit, designed to be placed in schools and get help for targeted students.

“There are different aspects of horror,” Timothy Hutton told Indiewire. “There are the ones we’re most familiar with and then there’s the undercurrent of horror in the way people live their lives or the way people treat each other, that kind of horror is equally troubling, I think.”

Subkoff also made a point to talk about the film’s themes with its young stars, many of whom said they had experienced cyberbullying in their own life. “We always had long conversations on the set about cyberbullying with the cast, with the director and with each other. I think it’s a very touchy and common subject without being something people talk about,” said Mina Sundwall.

Considering the film’s artsy bent, it’s unsurprising it comes from a director with roots in the art world. A film buff herself, Subkoff had countless points of reference from which she designed the film. “From Bergman, to Dario Argento, to early Wes Craven to ‘The Shining,'” she told Indiewire, listing some of her aesthetic and thematic influences. “‘Persona,’ there are so many films…I’m a huge Godard fan. I looked at ‘Weekend’ or some things because I loved how it was shot.”

“#Horror” will hit theaters and VOD on November 20.