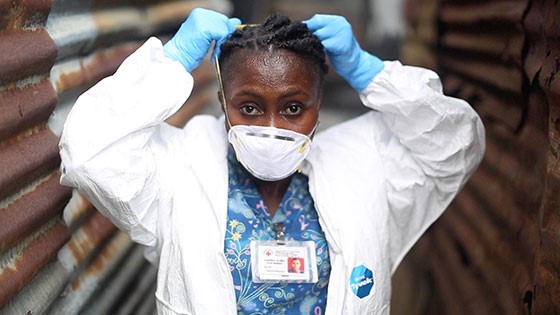 The U.S. television rights to “Body Team 12,” the winner of the Tribeca Film Festival award for Best Documentary Short, have been acquired by HBO Documentary Films, the company has announced. Director David Darg put his life at risk by surrounding himself with a team of Liberian Red Cross workers who collected the dead during the height of the Ebola outbreak. The deal was negotiated by Paul G. Allen’s Vulcan Productions and HBO Documentary Films.

The official synopsis reads: “Executive produced by Paul G. Allen and Olivia Wilde, and produced by RYOT Co-Founder Bryn Mooser, ‘Body Team 12’ lays bare the heartbreaking but lifesaving work of removing bodies from loved ones in order to halt the transmission of the disease. The filmmakers capture devasting and poignant images, shot on the ground in Monrovia, Liberia, that reveal the Ebola crisis through the story of Garmai Sumo, the sole female member of the body collection team.”

“The bravery of these young Liberians was an astounding phenomenon to witness, as they risked their lives every day to save the lives of others, and to save their country from Ebola.” said David Darg. “‘Body Team 12’ is a tribute to those heroes, and it is our hope that a presentation on HBO will honor these body teams and lead to greater exposure of their determination and tireless efforts.”

“Our partnership with Vulcan was a great support in sharing this story,” added producer Bryn Mooser. “While it was an extremely dangerous and risky documentary to make, it is a story that needed to be told. The film stands as a testament to the power of storytelling to move people to act.”

The film will debut on HBO in February 2016.

This Article is related to: News and tagged Acquisitions, HBO Documentary, Olivia Wilde