'Ingrid Bergman: In Her Own Words' Director on What Surprised Him Most About the Oscar-Winning Actress 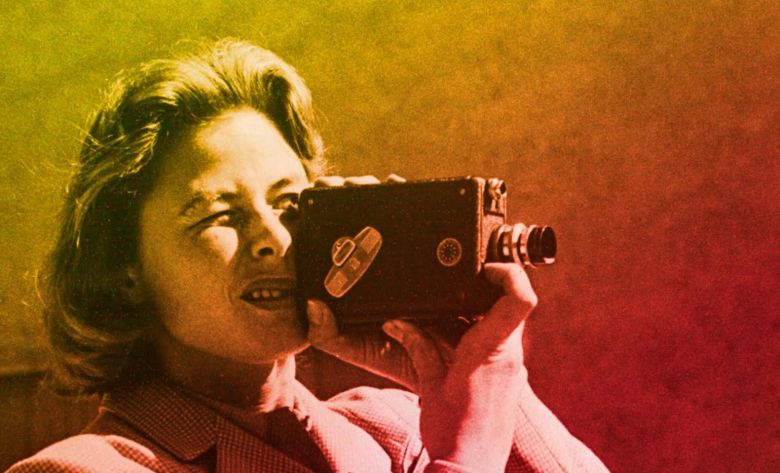 When it premiered in the Cannes Classics section of the Cannes Film Festival earlier this year, “Ingrid Bergman: In Her Own Words,” the documentary celebrating the centennial of international star Ingrid Bergman, won a special mention for Best Documentary. The film, directed by Stig Bjorkman, will open theatrically in New York on November 13 and Los Angeles on December 11.

In the film, which tells Bergman’s story through a series of home movies, photos, diary entries and personal letters to friends and family, viewers see a different side of the multiple Oscar winner as she morphs from orphaned Swedish girl, foreigner to Hollywood, glamorous world citizen and loving, but absent mother.

Narrated by Swedish actress Alicia Vikander, the film features frank interviews with Bergman’s children, including Isabella Rossellini, as well as colleagues such as Sigourney Weaver and Liv Ullman.

Rather than focus on her relationship with the renowned directors Bergman worked with, such as George Cukor, Alfred Hitchcock and Sidney Lumet, Bjorkman focuses instead of Bergman’s inner life. Bjorkman, who previously directed biographical documentaries of Lars von Trier and Ingmar Bergman, spoke to Indiewire in advance of the new documentary. 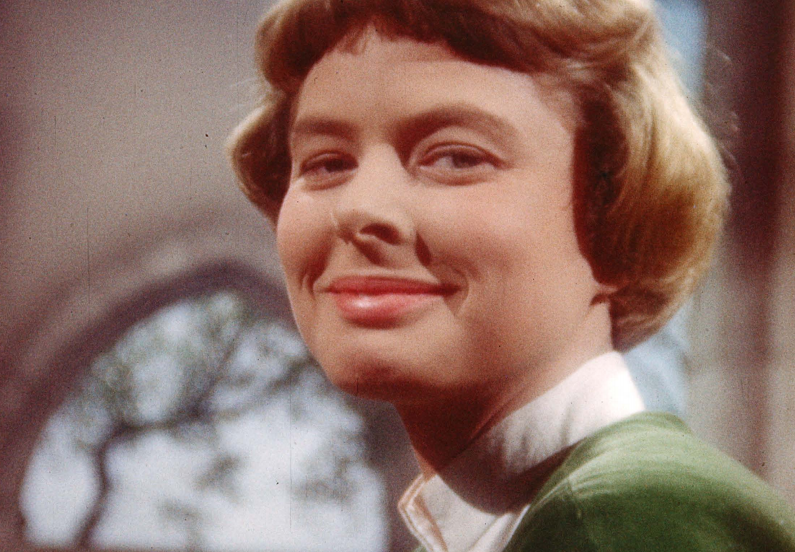 How did you get involved with the project? Did you propose it or did someone come to you with the idea?

It was pure chance. Somebody came to me with the idea and that was Isabella Rossellini, who I happened to meet at the Berlin Film Festival almost five years ago, it was February 2011. She was president of the jury during the festival and I was talking about the other famous Bergman, Ingmar Bergman, the director, because they had a huge exhibition about him during the festival. So I was out one evening having dinner with another guest of the exhibition, Harriet Andersson, one of Bergman’s favorite actresses, and suddenly somebody came from the festival and said that Isabella was on her way because she wanted to meet with Harriet Andersson. She came and we sat down at the same table and Isabella was sitting next to me and suddenly during conversation, she just turns to me and says, “Shall we make a film about Mama?” Just like that. [laughs] So that’s how it started.

So I’m guessing that getting all of the siblings onboard was not a problem because Isabella was the one who initiated the project?

It was not a problem at all because later on that summer I saw Isabella and her brother, Roberto, in Paris where he lives. Isabella was there visiting. Later the same year, I was in New York and there I met with Pia Lindström and Isabella’s twin sister, Ingrid Rossellini, and they all said “yes” to the project and also said that I not only could visit the Ingrid Bergman archive at Wesleyan University in Connecticut, but also could use whatever materials I found there.

How involved were they in the project? Aside from obviously being interviewed, did they give you any creative input?

They were not involved at all. They were in front of the camera for the interviews and the talks, which I staged, and that’s it — which was so nice that the project was based on total trust from them. They never asked me what I would do with the material. None of them asked what kind of structure or the content of the movie. So it was of course, total freedom. Nobody saw the film until it was finished. Isabella and Roberto saw it at the Cannes Film Festival and Pia Lindström and Ingrid Rossellini saw it at the Gala Opening at the Royal Dramatic Theater in Stockholm at the end of August this year. 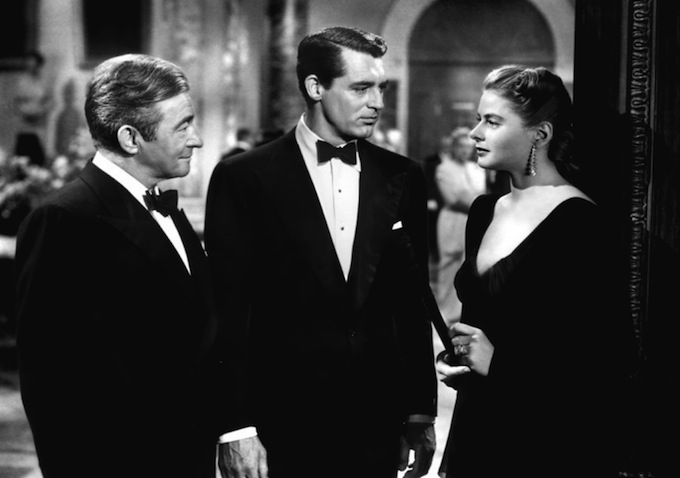 There’s a great focus obviously on her role as a mother and on her family. Was that clear from the outset that you wanted that to be a big focus of the film?

Yes, because this is a side of her which is not so well known. She wrote her autobiography and of course, she writes about her children, but it’s not that much. Also, when I saw this fantastic material, I had no idea that she was making all these home movies herself. From very early on, she started to film. As you’ve seen in the film, there’s some footage from her own wedding, her first wedding in 1937, and also her trip to Europe with her first husband through France and Germany. So when I saw this very rich material, both me and my producer, Stina Gardell, we decided that this personal story is so interesting and unknown, so I wanted to focus on that. The films of Ingrid Bergman, all of us, if we are interested, can rent or buy them on DVD and see them at home. Of course, I focus also on her work which was so important for her, but I think the more private side of her was so interesting to me.

How much of the archival footage was there for you to have to go through? How long did that take you?

It took some time. I went to Wesleyan before we started filming, I think four times and spent a couple of days every time. Because first I read all her diaries, she started to write diaries at the age of ten and she continued for 20 years. I think the last diary in Swedish is from 1945, when she starts filming “Spellbound” with Hitchcock. So there were like 12-15 different diaries and she was also a very keen correspondent. There were lots of lots of letters to her mostly female friends in Sweden and the U.S. And then of course, the home movies, I had about seven to eight hours of material so it was hard to choose.

I really liked the way that it almost seems as if she’s telling her own story, in that you are using the home movies and the voiceover from her diary. Can you talk a little bit about that creative decision?

I had one version early on when I told the story more linearly, from birth to death, but it became boring and then I had to introduce a neutral male narrator to fill in the gaps between the years. So later on, we decided that this kind of more associative editing, starting with this very sad moment in her life when she’s 14 and she has lost somebody close to her. It gave me also the possibility to jump in time according to what the story and the storytelling needed.

What were you surprised with in terms of information you learned about her? What caught you off-guard?

Her courage. Also, I think she was a woman very much ahead of her time, the way that she lived. She lived like any man during the ’40s or ’50s. Work was so important for her, but as you saw in the film, she was an absent mother very much, but apparently that worked as well. Apparently, when she was there she was a very present mother and then she went away making a movie or performing on stage. All the four children are very successful in life and what they have become and the lives they have chosen, so this kind of upbringing seems not to be too bad either.

She certainly comes across as a very loving mother, but I agree that at the time, that was not at all accepted. And, of course, most of the directors she worked with are no longer alive to interview.

No. I wanted to concentrate on the people I now have in front of the camera. I was very lucky to get Sigourney Weaver and Liv Ullmann as two professionals who have also both worked with her. My producer and the camera company, we rented the Shubert Theatre for one day in New York and brought them back there to the stage, which also was a very nice experience. Then, I wanted to concentrate on the members of the family. 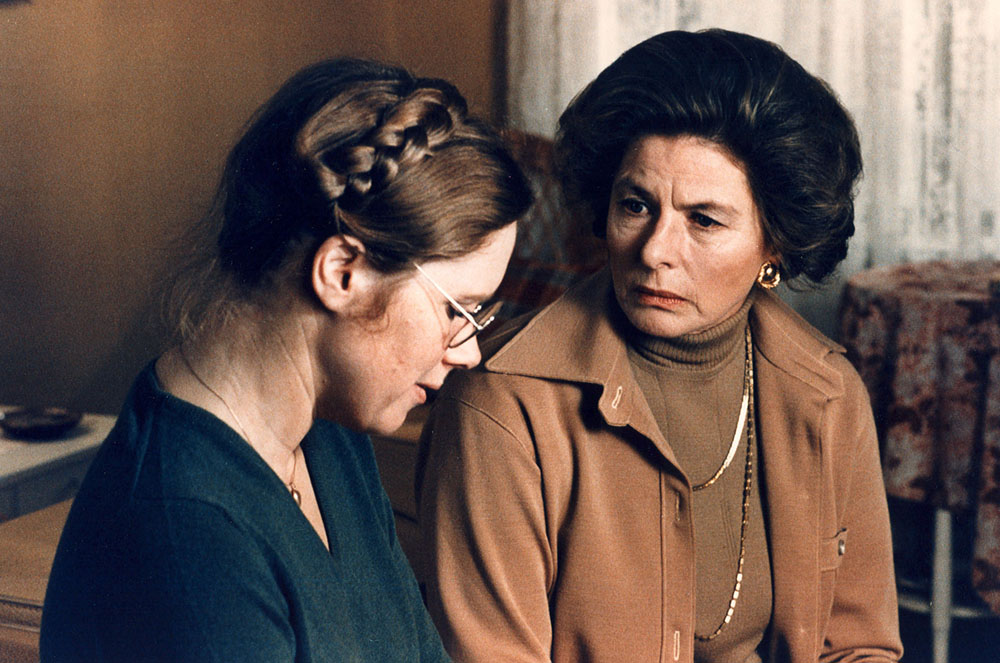 In the process of making the film, did you go back and actually watch all of her films?

Very many, yes I did. We have short scenes from eight or ten films and this was also a choice we made. The films are available, so if our documentary makes the viewer more interested in Ingrid Bergman, fine. They can go and find these films and see them. Of course, it was a difficult choice. It would have been nice to have in the film — it’s already very long — but we could have had a scene from “Murder on the Orient Express” and her accepting her third Oscar, which is a very nice scene, when she is on the stage and says, “I’m not worth this. It should have gone to Valentina Cortese instead because she’s so brilliant in Truffaut’s ‘Day for Night.'” And Valentina Cortese was in the audience, blowing kisses up to the stage and to Ingrid. It was things like that we had for some time in the film, but when you make a film like this, you have in the end to make tough choices and decide what can be there and what not.

If you had to pick a favorite of her films, which one would it be?

I think it’s very hard to say one film. My favorite American film, which we have a small scene from, is “Notorious,” which I think she’s brilliant in and also it’s a very good film, but she’s so good. Especially, I like very much the scene we have when she’s a little bit tipsy there in the beginning of this conversation with Cary Grant. At some stage, we had this famous kissing scene, but it’s so famous that we don’t have to put it in the movie. Then, I like her films with [Roberto] Rossellini. This trilogy, “Stromboli,” “Europe ’51” and “Journey to Italy” very much. And of course, “Autumn Sonata,” where she was directed by Ingmar Bergman. I think these five films are my favorites of hers.