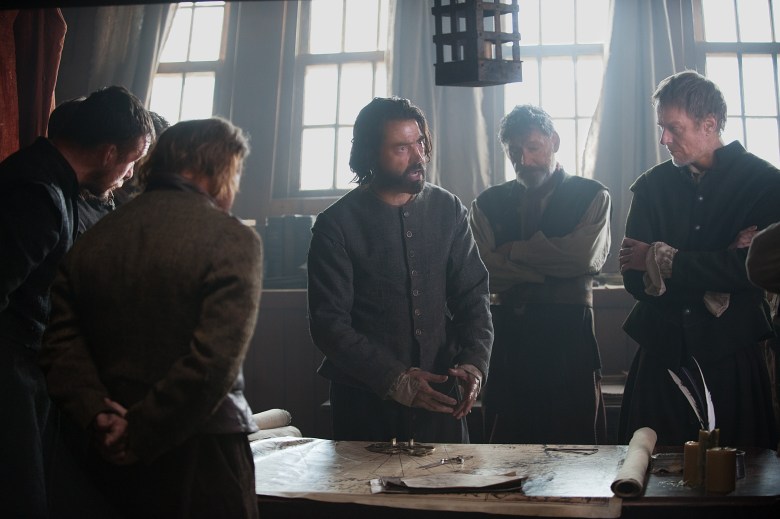 This week, National Geographic’s yellow carpet was laid out for the cast of the upcoming four-hour television movie “Saints and Strangers.” The two-night premiere shows a side of Thanksgiving that isn’t taught in schools or known by most Americans. It details the reportedly true complications faced between the Native Americans and the Plymouth settlers once they stepped off the Mayflower into the “New World”; the large ensemble cast features Vincent Kartheiser, Anna Camp and Ron Livingston.

Writer Seth Fisher, when asked by Indiewire why he told this story, responded that “It’s fascinating. This is a story that in our country everyone sort of knows, or they think they know. It’s taught in grade school. But for some odd reason it’s never been dramatized on film, so it was a very obvious opportunity to get right. And National Geographic is the perfect place — a place that values accuracy and wants to set the precedent for getting it right. Ultimately, we always sided with history, and what we see on screen is very well-documented and supported.”

It became evident that an honest tale of Thanksgiving was in deep demand. Pop star Aaron Carter showed up next — while he wasn’t part of the cast, he revealed he had a deep connection to the story, as it turns out that he is a descendant of Mayflower passenger Elizabeth Fuller. “I like to make fun of people when they talk about and say, ‘What’s your ethnicity?'” he said. “And I’m like — well, I’m an original American.”

Most modern day Americans would give the same response in his position, but it isn’t entirely accurate: The “original Americans” were those native to our country before the Mayflower arrived. I spent the rest of the night asking everyone the following question: “If you could go back to 1620 and bring something from the future to benefit your character or the whole situation what would you bring?” And there was a clear divide between those wanted to bring vanity products and those who wanted to affect Pilgrim-Native American relations.

Maria Vos (who plays Elizabeth) said, “I’d bring the cloak I wore on set. That was the most amazing thing I’ve ever seen in my life and I was seriously considering stealing it because it was the best. It felt like the ‘Harry Potter’ cloak of invisibility? It felt like that. It was just this heavy, graceful.”

Ray Stevenson (Stephen Hopkins) said, “I’d bring back the business model of Sam Adams because he basically opened a pub. He didn’t want to fight. He just wanted a community of people around him to live that genteel life.” Stevenson then later decided he would “bring [his character] back a round of applause […] for finding the humanity in other cultures.”

Meganne Young (Priscilla Mullins) said, “Can I take my cell phone if there’s no wi-fi?” and then switched her answer to penicillin.

Barry Sloane (Edward Winslow) said, “a razor.” But then decided a “book of Native American mythology” would better help the situation.

Roxane Hayward (Susanna Winslow) started by saying, “I would bring a lighter. It would make life a lot easier.” Her desire for ease didn’t last long, though. “I also would’ve brought a good shade of lipstick,” she added. “Because us pilgrim women looked very ill.”

Kalani Queypo (Squanto) said, “I would bring a recording device. And I would record as much as I could — the language, the people, the dances, the songs, the interactions between the Pilgrims. If I could do that, that’s what I would do.” 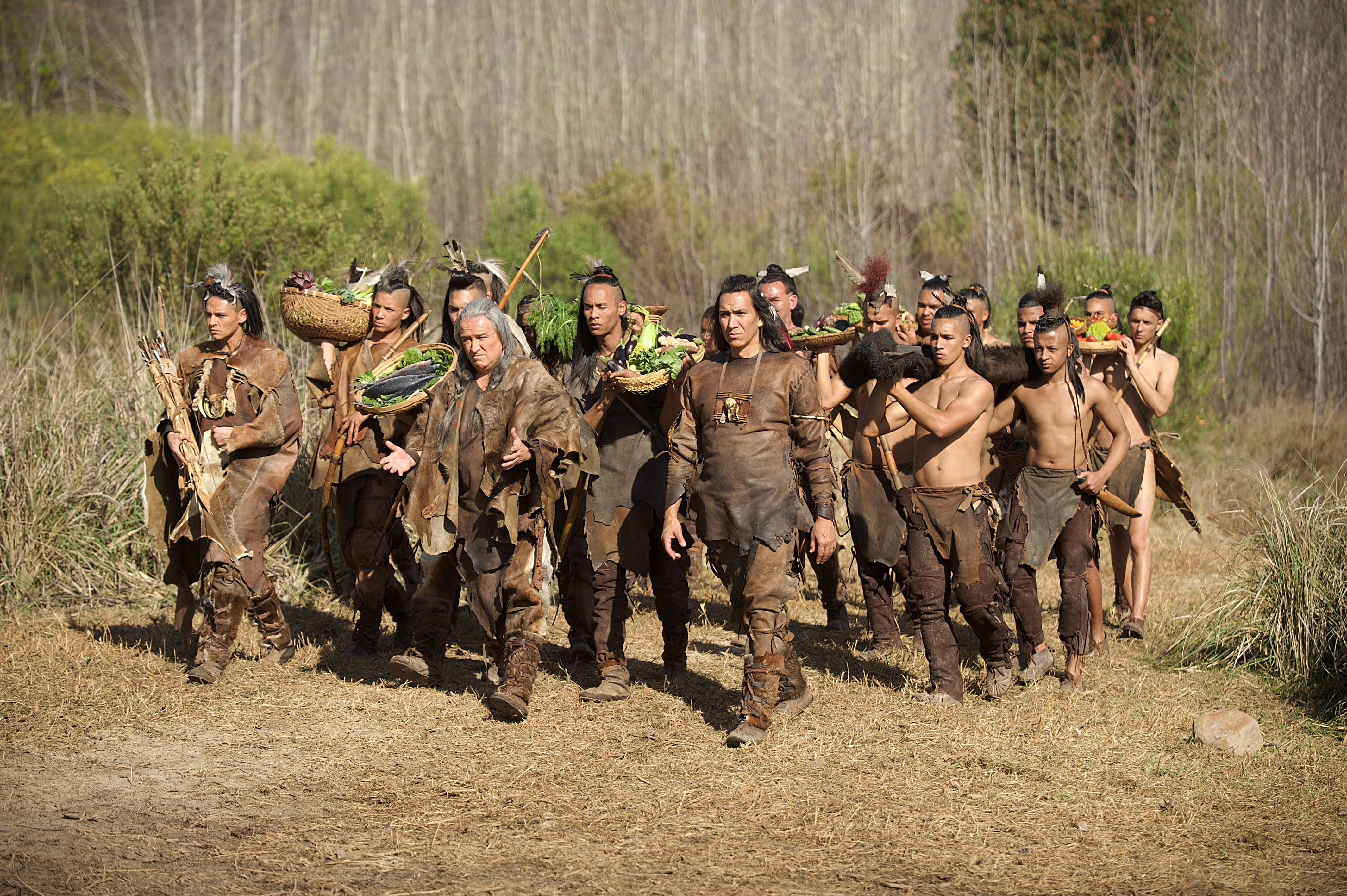 Tatanka Means (Hobbamock) said, “I’d bring my MacBook because it has everything. That would be awesome because then you could do video of everything. The elders speaking the old language. Things that aren’t even around anymore. Words that have gone on to be extinct, kind of. And I’m sure we’d hear language that is no longer spoken anymore.”

Raoul Trujillo (Massasoit) half-joked, “I think I’d have to bring the time machine back with me that got me there to bring me back quickly, because I don’t think I’d be very comfortable there. I’d be wiped out.”

And then there was Michael Jibson (Myles Standish), who said, “I would send back more men for Myles to shout and scream at. Yeah, that’s probably it. I do a lot of shouting and screaming in a military sort of way. More soldiers. He was also very worried about being attacked and the threat of the Natives so I suppose that.”

As Queypo went into further detail, “History is recorded by the conquerors. The people who win. And we all know what happened in this situation, so for me it’s the idea of recording — this is an oral history, the language is oral. So, if I had a recording device we could actually capture all of those things… You know we learn a lot about things from Squanto and William Bradford and Winslow though the writings and memoirs. So, if we had a recording device that would be my first choice, without hesitation, because I would like to see and hear his thoughts and his point of views.”

National Geographic claims this is the untold story of Thanksgiving, and the film’s writer claims that everything is well-documented and researched. But because there are no written records from Native Americans at the time, there are no records of how they felt about themselves or the Pilgrims. All the documents are from the point of view of the Pilgrims. And the trailers take part in this trend: All three of them are narrated by members of the cast that arrived from the Mayflower. Even in a supposedly equalized piece of media, the Native Americans aren’t given a voice to speak.

So, in the end there is only one question: Is it possible to make an accurate film about Thanksgiving?

“Um. Okay. That’s a tough question,” Livingston began. “…It comes full circle. Really going to have to think about that during my 90 minutes in the screening.”

The entertaining two-part film, featuring some great acting and visual effects, airs November 22 and 23 at 9pm on the National Geographic Channel. Watch the first trailer above.