Quentin Tarantino is Getting the '21 Years' Documentary Treatment 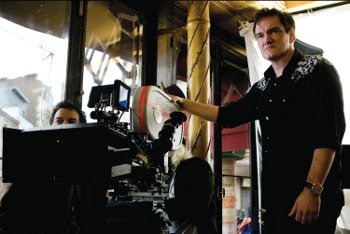 Filmmaker Tara Wood is continuing the “21 Years” documentary series with a new film spotlighting the explosive career of Quentin Tarantino. Wood served as co-director of “21 Years: Richard Linklater,” the 2014 bio-doc that explored the filmmaker’s first two decades in the industry courtesy of behind-the-scenes footage and interviews with some of his most well-regarded collaborators. The same approach will apply to “21 Years: Quentin Tarantino.”

“Quentin is the most revolutionary, distinctive director of our time,” said Wood. “There is no shortage of stories from his collaborators about what it takes to get his visionary style to the screen. It has been an enlightening process both personally and professionally.”

The project is produced by Tara Wood and Jake Zortman and is being represented by Wood Entertainment at AFM.

This Article is related to: News and tagged Documentary, Quentin Tarantino